Today, public school teachers in British Columbia will vote to end their job action if the government agrees to leave the issues of class size and class compensation to the courts. Both parties are almost on the same page when it comes to wages and contract length, but regardless the government continues to say the two are miles apart, and continues to refuse to participate in binding arbitration. 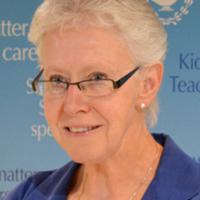 Now Is Time to Fight for the 'Public' in Public Schooling

Why this government is so adamantly against making any deal with teachers, other than a deal that essentially amounts to the B.C. Teachers' Federation giving up its court case, giving up on wages and giving up on any issue of importance to its members, is what everyone watching this dispute is asking.

The point of government is to work within a system of balanced power that supports the community as a whole. One way to do this is through public education, which provides schooling on an equal and equitable basis and with public oversight. Public education, in contrast to private education, is universally accessible. Every child in B.C. has a right to education, a right respected by government through the provision of schools supported by shared taxation. In contrast, a privatized system -- like the system of private schools already in place for some students -- starts with barriers to entry. Parents need to be able to afford it, or the child must be deemed worthy of entry, for example to receive a school scholarship.

A concern for all supporters of public education is that the BC Liberals will introduce either a charter system, where public dollars are diverted from a public system to one composed of publicly-funded, for-profit, special-interest or religious schools. If this government wants to use the strike as a wedge issue to pull support from the public schools or as a weapon to break the teachers' union, then we may end up with the worst possible scenario, where our public system gets dumped for a private one. The government may do this because it opposes union influence over the school system, because its supporters are either seeking to profit or to proselytize through a new system, or simply because it wants to put its own stamp on the system.

Whatever the reason, B.C. cannot afford to lose the public benefits that only a public school system provides.

The BCTF, in its steadfast support for publicly-funded public schools, stands in the way of the privatization agenda. Jim Sinclair, president of the B.C. Federation of Labour, spoke to the value of public schools at Friday's rally outside of Canada Place, saying that "what public education means for working people is hope." Public education is at the heart of our democratic way of life and ensures that future generations will have good jobs and a fair chance at being part of things. In contrast, publicly-funded, for-profit private and religious schools leave some out. In place of "hope" is "nope" for too many young people if B.C. shifts from a public to a private system of education.

If the BC Liberals want to take control over education in order to privatize schools, then breaking the teachers' union will be its first priority, given that the union stands in the way of any privatization scheme the government may put forward. One way to break the union would be for the government to make a targeted essential services request to open schools for upper grade students in order to force teachers of students in Grade 10, 11 and 12 back to work.

With some (but not all) Grade 10 students and all Grade 11 and 12 students called back, the BCTF would face an enormous challenge. Such a request and ruling would take pressure off the government and potentially split the teachers in a fairly direct way. At least, such a move would place tremendous tension on the union. The government could also simply wait out the union, forcing it to bend by the sure weight of economic hardship faced by teachers. Either way, the government seems intent on breaking the will of the BCTF through this round of negotiations.

The government denies that it is bargaining in bad faith and says that it wants only a fair contract in line with its budget priorities. Education Minister Peter Fassbender continues to say that "the BCTF leadership has stubbornly refused every effort to reach a fair deal."

But despite the government's public statements to the contrary, more seems to be at stake than what's just at the surface. By framing the $40 voucher payments to parents as a response to the strike, government is getting away with making a very dangerous point about what public education investments are for. We provide public schools so that children receive a public education, not as a service to parents or to any other "clients" of the system. The payments belong to the school system. We pay taxes to provide education for everyone, not to provide a service to individuals.

Look out for continued framing by the BC Liberals that our public education system is "broken" (don't forget: underfunded is not the same as broken) or that schools exist as a service to individual families that deserve a "choice" in where to send their children (remember: public schools deliver education to all children and all children deserve equal opportunity to public education).

The government so far has demonstrated little alarm over the length of the dispute. This creates a crisis, one that the government may seek in order to provide a remedy that could include a total restructure of how public education is provided in B.C.

If school privatization is the intended end game for the BC Liberals, then everyone who supports public education needs to be prepared to demonstrate real power in support of our democratic way of life. Publicly funded for-profit schools are a failed scheme in places like the United States. B.C. doesn't need to be a Johnny-come-lately on such a bad idea.

Like Sinclair said at the rally last Friday, public schools represent hope for working people. Teachers are demonstrating courage and making a willing sacrifice on behalf of everyone in the community. How the rest of us respond may set the future course of the entire public school system. The further encroachment of a for-profit school system is the worst possible outcome. We cannot risk allowing this to happen under our watch.