Other People's Moneyitis (OPM) is the syndrome commonly noted where those in charge of the public purse, such as governments who claim to be fiscally prudent, often seem to make decisions which do not appear to be supported by rational business arguments. 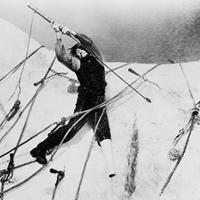 With Parent Payout, Clark's Harpooning of BC Schools Continues

We see the symptoms of this syndrome, for example, when governments express concerns about spending, but then increase salaries for political staffers and themselves or run multimillion dollar self-promotion advertising campaigns.

OPM is one of the few explanations which seems to make sense in trying to come to terms with the provincial government's position on bargaining in the current labour dispute with the BC Teachers' Federation, a dispute which is threatening to dramatically derail education for approximately 559,000 students this fall.

The longer the province goes without a teacher contract, the more the potential damages for the government grow. In my view, a settlement would mitigate outstanding future liabilities, it would offer stability to a system in need of some certainty and it would allow those in the K-12 sector to get back to teaching and learning. It would take education out of the courts and put it back where it belongs: in the classrooms of this province.

As those following the intricacies of public education in British Columbia will know, the B.C. Supreme Court found that the government acted unconstitutionally in 2002 when it stripped provisions from the teachers' collective agreement around class size and composition.

This original court case was not appealed, which means the government accepted its wrong-doing and accepted class size and composition as working conditions to be negotiated with the union.

The government was given a year to fashion a remedy, but failed to do so successfully and Justice Griffin subsequently ruled that it had negotiated in bad faith, that the remedy was insufficient, and that it had to pay the union $2 million in fines. This is the judgement which the government is now appealing and which will be heard in mid-October 2014.

What wins and losses mean

If the government wins the appeal, it means that it acted unconstitutionally in 2002 and that class size and composition are working conditions to be negotiated. Those facts from the original court case do not change.

With a government win, the BCTF may appeal to the Supreme Court of Canada, and I understand there would be a significant possibility that the highest court would agree to hear the case in this situation.

If the case does go to the Supreme Court of Canada and if it is found to be in favour of the BCTF, that could have a huge cost implication not only for this current collective agreement but for any collective agreement with any public sector union and for all time. While the courts would never say how much money the government is required to spend, a loss by the government -- if it allowed the case to get that far -- would have tremendous cost implications well beyond anything required to settle the current dispute.

On the other hand, if the government were to win at the Supreme Court of Canada, it would still mean it acted unconstitutionally in 2002 and that class size and composition are working conditions to be negotiated, because the Supreme Court would not be examining the original court case. All the legal costs and all the hidden costs of time and resources would have been spent to end up back at the position in which the government started.

To refuse to see that even a win at the Supreme Court of Canada may still lead to the government of British Columbia investing a significant amount of money in the public education system is a level of obstinacy and arrogance that can only be afforded with OPM.

Let's go back to the appeal of the Griffin decision this October.

If the government loses, it can make an application to the Supreme Court of Canada, but it's my understanding that there may be less interest from the higher court in hearing the case under these circumstances. That means if the court of appeal expedites its ruling and if the Supreme Court were to turn down the request to hear the case, the end of the legal process would come a lot sooner than anticipated.

Without an appeal, the government's risky gamble will have been for nought. The original finding that it acted unconstitutionally in 2002 and that class size and composition are working conditions to be negotiated would stand. It would have to pay $2 million to the BCTF. The finding of bad faith bargaining would stand, as would the finding that the remedy, which the government fashioned over the course of the year it was given, was insufficient.

In addition to funding whatever number or formula or fund is established to deal with class size and composition, an appeal loss would also mean that every instance where a classroom did not comply with the provisions of class size and class composition set in the 2002 collective agreement would form the basis for a grievance.

Think about that for a moment.

Every class throughout the province from 2002 to 2014 which did not comply with the provisions of the collective agreement which existed prior to 2002 would be subject to a grievance with no further legal processes available for the government to pursue.

Every non-compliant classroom. For each of the 12 years. Throughout the province.

Think about the cost implications not only in terms of the actual compensation that would be paid out in the end, but of the legal fees involved and the demand on resources. Instead of promoting and providing education, the Ministry of Education, school districts, the union, the local branches and teachers would all be tied up in an endless series of grievances.

Time for a settlement

Any private entity, faced with the potential for such a future calamity, would be zealous in trying to extricate itself. In my estimation, it's only the false confidence of OPM which prevents the government from doing so now.

That's why I believe a negotiated settlement prior to the appeal being heard is one which serves the government's interests the best and which would actually be much more mindful of taxpayers' money. It would be the smartest business move and evidence of fiscal prudence as well as visionary leadership.

The government is standing on quicksand when it comes to the labour dispute with B.C.'s teachers, although it acts as though it is secure in its bunker.

But if it doesn't pursue an out-of-court settlement now (a negotiated settlement which would enable school to start on Sept. 2 as scheduled), if it doesn't consider the abyss into which it stares, when it falls it will drag students, families, and one of the world's best public education systems down with it.