[Editor's note: Conservative MP for West Vancouver-Sunshine Coast-Sea to Sky Country John Weston submitted this response to Rafe Mair's June 9 column that argued democracy is broken in Canada and ridiculed Weston for claiming the environmental approval process is responsive to the public's will. We run Weston's rebuttal in full here, followed by Mair's response to Weston.]

In light of Tuesday's decision on the Northern Gateway pipeline proposal, I was looking back on Rafe Mair's recent rant, and thought it critical to respond. There are two Rafe Mairs, and I prefer the one I knew when I worked for him. I lionized him as someone who believed in our country and its future. The Rafe Mair who wrote the June 9 rant "Help Rafe Mair Lift His Gloom Today," arguing that the system is fixed and nothing can be changed, is a Rafe Mair so different that I hardly recognize him. 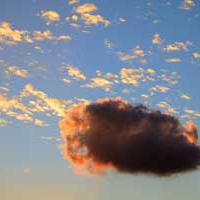 To Rafe, I respond in three ways. First, contrary to his article, the environment does often win, as we saw by the government's recent rejection of the Taseko mining proposal on environmental grounds. This project would have created thousands of jobs. However, the Conservative government didn't allow it to proceed after an independent panel's review concluded it would result in significantly adverse environmental effects.

Second, corporations in Canada have significantly less influence than in other democracies. Rafe calls our government "bought and paid for." Yet, big corporate influence in Canadian politics was put behind us when the Accountability Act was brought in by Stephen Harper in 2006. As opposed to the U.S., where companies can give as much as they want through third parties, a company in Canada is not allowed to give as much as a nickel to a political candidate or party.

Third, I get aggravated about the system too, Rafe, but there's a difference: I haven't given up. The Rafe Mair I once knew loved equality and loved our country, and was willing to stick his neck out to protect both. In fact, we worked together to promote Aboriginal treaties that were fair, constitutional and equal. I continue in these efforts today; where are you, Rafe?

I saw Rafe up close when I worked for him as the minister responsible for constitutional reform in B.C. He was willing to fight to stop Pierre Trudeau's attempt to unilaterally patriate the Constitution. With six other provinces, B.C. persuaded the Supreme Court of Canada to involve the provinces and through them, more Canadian people.

The Rafe Mair I once knew helped encourage me to go into public life, not based on his words, but based on example.

But the Rafe Mair whose words I read last week is not the one I knew and served. He would now have us believe we have no way to change government policy. He would discourage young Canadians and all others from participating in Canada's political process. He would say the environment has been discarded, that the government cares only about big corporate influence.

He is wrong. He is totally wrong.

To the young people reading this, please don't despair. Each of you can individually make a difference. As an individual MP, I fight every day for the people I represent. I believe that when I do that, we change the course of our country. You can do that too.

Together with constituents I represent, we did this last Monday, when I gave First Reading to a bill on which I've been working for years, Creating National Health and Fitness Day, a bill designed to galvanize Canadians against physical inactivity and to make us the "fittest nation on earth." Thanks in part to health advocates all over our riding, National Health and Fitness Day has already been proclaimed by 150 cities across Canada, even before the bill is passed.

I believe in helping people recover from substance abuse. Working with substance abuse experts from Bowen Island and other parts of our riding, I have promoted recovery on the national stage. I believe in helping people avoid prescription drug abuse. Working with the West Vancouver Police chief and local pharmacists, we have created National Prescription Drug Drop-Off Day, focusing police, pharmacists, school principals, parents and others on this devastating problem.

And, yes, I have advocated for preserving the environment. I have stood in the House of Commons and other places to say the environment IS the economy. We live in the most beautiful place on earth and we cherish it. Other Canadians know about our treasured environment because readers of the The Tyee and other constituents make our voices known.

'We sometimes have to take some risk'

Yes, I also support jobs and growth. I believe it is important for our country to get petroleum product to tidewater so that we stop losing $27 billion each year because we sell to only one market, the U.S. The National Post last week reported that, over 30 years, $80 billion will go directly into government coffers so that, among other things, we can pay teachers and doctors, and support the sustainability of our fisheries and environment.

I work with people all over our great riding and the country to do these things. Sometimes the decisions are not easy, but we are a nation of entrepreneurs and, yes, we sometimes have to take some risk. The risk must be balanced with world-class maritime safety and pipeline safety. Working with constituents, it's my job as member of Parliament to see that our government is pursuing both these things.

Rafe, I love your energy and intellect. More than this, however, I want to hear again from the Rafe Mair of old, who encouraged people to take a stand for things in which they believe, instead of dwelling in cynicism, turning over in their beds, and going back to sleep.

On environmental matters, Taseko was a no-brainer. The loss of First Nations support across the country if the project were approved would have been catastrophic.

Weston supported eliminating protection of fish habitat in the budget bill a couple of years ago and has actively, with government -- which is to say our money -- supported destruction of B.C. rivers by corporations under the so called "run of rivers" policy of the Campbell-Clark government, and to my knowledge continues to support this rape of our rivers. Whatever he may have said in the House has been political blather and never has he criticized anything remotely resembling Tory policy. More on that in a moment.

To say that corporate funds don't get into the hands of parties and candidates is naive in the extreme. They get there by private donation and support to pet projects.

I so resent Weston challenging my patriotism I'll let readers make their own judgment. I will say that I'm used to this from Tories. During the Meech Lake/Charlottetown accord debacles Conservative minister John Crosbie called me "Canada's most dangerous man" and former prime minister Mulroney called me a "traitor."

When Weston asked me whether or not he should run, I told him in no uncertain terms about party discipline and that he "would cease to be his own man." Thus it has turned out to be.

I could accept him saying "I can't speak out because I can't oppose government policy." But he doesn't do that and bleats about his personal accomplishments that had party approval. The vast majority of British Columbians, for example, want fish habitat protected against developers and oppose the Gateway pipeline. Does Weston support Gateway and eroding protection of fish habitat out of personal commitment or because he has no choice? I challenge Weston to give us one instance where he has spoken against, much less voted against, party policy.