"In the end, it's a choice between playing a children's game or standing up for human rights." -- Chris Kluwe, Minnesota Vikings football player fired after supporting gay marriage 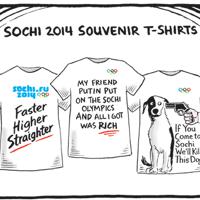 Would you give up a $1.45-million-a-year job playing professional football to publicly speak out in favour of gay marriage? Even though you are straight?

And while Kluwe spoke at last week's Vancouver TED Talks conference, he pulled no punches when asked to respond to my criticism of TED's overzealous focus on corporate technology solving world problems.

That's no surprise from this outspoken guy, who in January wrote the stunningly provocative article titled: "I Was An NFL Player Until I Was Fired By Two Cowards And A Bigot."

Published on Deadspin, the story charged that Kluwe's refusal to be silent about gay rights cost him his job. It caused a huge international controversy, received over four million views, and helped earn Kluwe nearly 200,000 Twitter followers.

In person, Kluwe is no strident martyr. He's just an ordinary guy in shorts and sandals doing the right thing, with the platform to make it heard.

I met Kluwe last Tuesday when he agreed to speak to students at teacher Suzanne Norman's Simon Fraser University publishing class in downtown Vancouver. He fielded questions from students, a player from the university's Clan football team, and myself.

The 32-year-old punter who lives in California with his wife and two daughters said he loves Vancouver and would consider playing for the BC Lions.

Kluwe didn't hesitate when I asked if my criticism that the $7,500-per-person TED Talks that brought him here is far too fixated on corporate technology solutions to world problems.

"You can't have the belief that technology will solve everything. It gives you the possibility of making things worse," Kluwe responded. "There is a problem seeing technology as a panacea."

Kluwe's TED Talk last Wednesday wasn't about social activism; it was about augmented reality and his belief that technology can make football safer, including using tools like Google Glass to avoid career-ending concussions by giving players warning signs of impending collisions with tacklers.

By his own admission, Kluwe's future is unclear. He said he plans to play a lot of video games -- a Warcraft expert, his Twitter handle is @ChrisWarcraft -- stay in shape and write books for now. But he is still open to a return to football.

Letter to a 'narcissistic fromunda'

Kluwe became socially actively in 2012, after Maryland politician Emmett C. Burns Jr. attacked Baltimore Ravens linebacker Brendon Ayanbadejo for supporting a gay marriage initiative. Burns called on the owner of the team to "inhibit such expressions from your employee."

In response, Kluwe penned an eloquent open letter in Deadspin, which told Burns that his "vitriolic hatred and bigotry make me ashamed and disgusted to think that you are in any way responsible for shaping policy at any level."

Then, Kluwe went nuclear on Burns:

"As I suspect you have not read the Constitution, I would like to remind you that the very first, the VERY FIRST Amendment in this founding document deals with the freedom of speech, particularly the abridgment of said freedom.

"Not only are you clearly violating the First Amendment, you also come across as a narcissistic fromunda stain. What on earth would possess you to be so mind-bogglingly stupid?

"It baffles me that a man such as yourself, a man who relies on that same First Amendment to pursue your own religious studies without fear of persecution from the state, could somehow justify stifling another person's right to speech.

"To call that hypocritical would be to do a disservice to the word. Mindfucking obscenely hypocritical starts to approach it a little bit."

"I can assure you that gay people getting married will have zero effect on your life. They won't come into your house and steal your children. They won't magically turn you into a lustful cockmonster.

'Great job on that letter, man!'

Kluwe knew he was onto something when a 290-pound tackler from an opposing team approached him at a game, causing some significant trepidation until the player said: "Great job on that letter, man!"

But the clueless NFL, in particular the Minnesota Vikings, didn't welcome the eight-year veteran's outspokenness.

Kluwe was cut by the Vikings in May 2013, a move the punter said was the culmination of repeated attempts to silence him, even though owner Zygi Wilf had personally told him he was free to speak out.

In Vancouver last week, Kluwe was philosophical about paying for his principles, but scathing about the NFL.

"A lot of it is the corporatization of football. They don't want to offend anyone," Kluwe said. "If they don't offend anyone, they'll buy more of our product.

"There are owners who will give a guy who committed a felony a second chance -- murder, drunk driving, spousal abuse," Kluwe said, referring to players like dog killer Michael Vick; Leonard Little, convicted of drunk driving manslaughter; and Ray Lewis, who had murder charges dropped after he agreed to testify against two friends.

All three and many others quickly returned to the NFL field. But speak out in favour of gays and lesbians being allowed to legally marry their partners? Forget it!

Interestingly, Kluwe said the big problem on gay marriage doesn't come from the players, but owners and coaches. "This is very much a generational issue, like racism," Kluwe said.

And he predicted the first openly gay player, college star Michael Sam, will do fine in the NFL once drafted in May.

"Michael Sam is a football player who happens to be gay. Sexuality has nothing more do with it than skin colour," Kluwe said. "I think he'll get a fair shake in NFL locker rooms."

Kluwe said he's not sure what's next, but he has started work on his football memoirs as well as a science fiction trilogy, and has already written BEAUTIFULLY UNIQUE SPARKLEPONIES, a 2013 book featuring his personal essays on various absurdities in football and beyond.

While he said that being cut by the Vikings was "bullshit," and that his wife was stressed out at the time, he is amazingly easygoing about it now.

"I honestly don't care. I don't need much to get by. I need a couch and an Internet connection," Kluwe said, though he admitted the NFL salary loss affects his kids' college fund.

When one SFU student asked Kluwe how speaking out impacted his endorsements, Kluwe laughed. "Hey man, punters don't get endorsements!" he replied.

But Kluwe turned deadly serious as well. "This isn't just something I had to go through -- millions of people face losing their jobs for being gay," Kluwe said.

"I'm 'that guy' who speaks out [about] a fairly basic concept: treat people the way you want to be treated. You learn that in kindergarten."

He concluded by noting that his two daughters learned an invaluable lesson from the controversy. "In the future when Dad says: 'Do the right thing,' they'll know I did," Kluwe said.

This political punter has one hell of an admirable kick.