[Editor's note: The Harper government has taken steps to subject Canada to the ICSID Convention as of Dec. 1, 2013. What is that and why should Canadians be concerned? Read this analysis from an investment treaty law expert.] 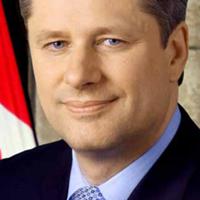 It stands for "International Centre for Settlement of Investment Disputes," which is part of the World Bank. ICSID was created in the 1960s to allow foreign companies to sue countries, especially in the developing world. It is relevant to Canada since the Harper government recently committed Canada to ratify the ICSID Convention.

ICSID is a house for investor-state arbitration, the most powerful form of international adjudication in the world.

The ICSID Convention fits into this picture by providing procedural rules for these corporate lawsuits. Fortunately, ICSID is more transparent than the other houses for investor-state arbitration available under NAFTA and other treaties, although ICSID is less open than a judicial process.

Unfortunately, there are important flaws in the rules and ICSID. The flaws were exposed as investor-state arbitration evolved in the late 1990s from a rarely-used mechanism to an exploding opportunity for law firms and source of liability for governments.

Concern #1: Removal of any role for courts

Perhaps most importantly, ICSID marks a roll-back of independent judging in the name of globalization. Uniquely, the ICSID Convention allows awards against countries to be enforced without any judicial review. Other houses for investor-state arbitration allow at least for limited review by domestic courts, although typically only in a place chosen by the investor-state arbitrators themselves.

Unlike judges, investor-state arbitrators operate for-profit. They lack secure tenure and an objective process of case assignment. They often double as lawyers and lobbyists. Repeat players among them appear to have an interest to favour foreign investors because of their singular capacity to bring claims and trigger arbitrator appointments.

Sometimes, arbitrators have ordered countries to pay compensation to foreign investors in situations where Canadian courts would not. For example, companies have been given compensation when laws passed for a public purpose caused economic loss to the company. Canadian courts typically defer to legislative decisions of this sort for reasons of democratic accountability.

Despite the absence of a judicial process, if a country refuses to pay an ICSID award, its assets are subject to seizure in any country that is part of the ICSID Convention. According to Article 54 of the Convention: "Each Contracting State shall recognize an award... as binding and enforce the pecuniary obligations imposed by that award within its territories as if it were a final judgment of a court in that State."

Thus, ICSID grants to arbitrators an immense power over the public purse, even to review Parliament and domestic courts. And, by ratifying the ICSID Convention, the Harper government has given ICSID awards the status of a Supreme Court of Canada decision, without affording any opportunity for review in any court.

Concern #2: ICSID puts Canada more squarely in the US orbit

Instead of judicial review, ICSID awards can be challenged before so-called annulment committees at ICSID. These committees consist of three new arbitrators chosen by the World Bank President. The grounds for review are limited but, on occasion, ICSID awards have been annulled.

Politically, this review process puts ICSID more squarely in the U.S. orbit than other houses for investor-state arbitration. Since the Second World War, an informal agreement among the major powers has allowed the U.S. government always to choose the World Bank President (the Europeans choose the IMF chief). At other arbitration houses, similar powers rest mainly with the Dutch government or with business organizations such as the International Chamber of Commerce.

To constitute a judicial process, investor-state arbitrators would need to be chosen randomly or by rotation from a roster of publicly-appointed arbitrators. Such an arrangement seems a long way off. Major states appear wedded to a system that lacks judicial integrity and appears slanted in favour of their major companies.*

Thus, by joining ICSID, the Harper government has relinquished elements of Canada's judicial sovereignty to for-profit arbitrators chosen, in effect, by a U.S.-appointed official. It is not the first concession of this kind to the U.S. Yet it clearly adds to the tally.

If ICSID were a sneeze, please forgive me for not saying Bless You.