"O what a tangled web we weave, when first we practice to deceive." Sir Walter Scott said a mouthful! 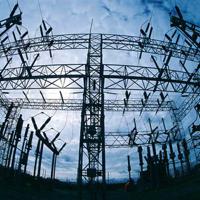 BC Hydro Not Ready for Natural Disaster: Audit

We British Columbians are the ongoing and apparently disinterested victims of a world-class deception and it has gone on since 2002 when Gordon Campbell announced British Columbia's new Energy Plan.

Let's start there because that's where the decade of incredibly stupid policy regarding BC Hydro began. From that moment on BC Hydro wasn't permitted to bring on new sources of energy, "Site C" excepted. All new power was to be made by private companies. Which meant:

1. BC Hydro would be forced to contract out all its new power.

2. Each contract was on a "take or pay" basis, meaning that Hydro would have to take the power whether or not it needs it (most of the time it doesn't), or pay for it anyway.

3. Electricity is in short supply in the months leading up to the "run-off" and thereafter until the next run-off. Because water levels are for the most part too low for independent power producers (IPPs) to produce, this means that virtually all private power is delivered to BC Hydro when they don't need it!

4. This means that BC Hydro, because the contracts imposed on them say so, must pay IPPs more than double the market price! And up to 10 times what they can produce it for!

5. BC Hydro, under government imposed contracts, must pay IPPs for this power they don't need: $50 billion over the next 25 to 30 years, meaning about $2 billion per year, indexed to the cost of living. This assumes that no more IPP contracts are let -- yet new ones are being negotiated now.

It must be added that the adverse effect of IPP projects on the rivers can be devastating. And yet, for reasons unknown, they are not penalized for breaking the environmental rules there are.

We will pay the bill

Given these "fundamentals" determining its fate, BC Hydro -- once the jewel in B.C.'s crown -- would be considered on the verge of bankruptcy if in the private sector already. And its financial realities are getting worse every day.

I scarcely need to remind everyone that this horrendous financial mess will be paid for by thee and me. I might also remind all that the BC Utilities Commission, when examining this policy, said it was "not in the public interest."

I pause here to point out that so far as I can find, the Province, the Vancouver Sun and its main political columnists, Mike Smyth and Vaughn Palmer, have said nary peep critical about all this. By way of aside, on another issue (ferry bonuses), NDP MLA Harry Bains said to Mike Smyth that the Liberals would say nothing and would hope the public forgets about it, to which Smyth commented in the Province on Aug. 25, "he's probably right. That exact strategy has been working for the Liberals for years." Really Mike, and who do you suppose has done nothing to expose this habit? When answering that question, give all mirrors a pass!"

'Rates will have to go up'

Back to business. BC Hydro bears an impossible load so what is the government going to do?

Certainly not offend their pals in the IPP business. Not only will the Liberals not open them so we can see whether or not they're unconscionable, they won't even put a moratorium on new projects.

Why, according to Energy Minister Bill Bennett, we'll conserve! And that's a hell of a good idea, no question about that. But it cannot begin to make even the slightest dent on the problem, so what next?

In a recent release, Bennett said, "Increasing demand, and the need to upgrade and replace aging infrastructure, means rates will have to go up," a warning he already made last month. Bennett would not put a number to a rate increase -- likely to come next year -- but says he doesn't want increases to put a "chill" on heavy industrial development. Just bear in mind that every penny of rate increase was caused by his government.

What about "Site C," also seen as a saviour?

That power, according to Premier Clark, is going to industry to "frack" for natural gas to turn into Liquefied Natural Gas (LNG), and BC will be debt free and have $120 billion in a Prosperity Fund!

Wow! Aren't we lucky to have such great business managers running things? Imagine, the secret is to bankrupt the provincial energy company, a "poof" from the magic wand and in its place we have all our debts paid by a brand new B.C. industry, Liquefied Natural Gas sales, putting $120 billion in a Prosperity Fund!

Let old Uncle Rafe tell you what is really going to happen and not happen. Before 2017, when we're supposed to get rich on LNG, the world, including Asia, will be awash in natural gas. The gas companies will continue to promise refineries (just as Alcan does from time to time) but none will be built. Whereupon the companies will say, once more, "manana -- we're waiting for better market situations to develop." Which they won't.

Our rates will be 40 per cent higher, which will just be the beginning as Hydro's prospects get dimmer.

There will be a hue and cry from the public but as the great jazz singer Al Jolson used to sing, "You ain't heard nuthin' yet."

The government, now realizing they are like the embezzling bank employee with an audit coming up, will start to panic and look for ways to distract the boss -- us.

We will hear various excuses meant to distract. It's the international situation! It's greedy overseas financial magnates! It's China's fault! It's the big corporate giants! Maybe it's sunspots or chem trails! And no, emphatically no, it's not the sweetheart IPP deals we forced on BC Hydro. It's forces beyond our control!

Pay no mind to those nincompoop public servants that brought the magnificent BC Hydro to its knees! One thing is for sure, it wasn't the government's fault!

The crystal ball gets a little grey. Will Hydro be broken up and sold with B.C. leasing to a private firm that dams for 990 years like the tracks of BC Rail were?

Who would buy the business with all those IPP contracts in place?

Do we keep "Site C" as our only source of Hydro energy and for the balance use natural gas? (Remember when the Liberals called that noxious stuff a dangerous pollutant? That was before the Clark gang saw the light and discovered that LNG would save the day as our source of electricity. Another "poof" of the magic wand and burning natural gas was the answer to all our fiscal problems!)

Now, wand still "poofing," we build "Site C" to sell electricity at subsidized prices to gas companies so they can "frack" shale gas to make LNG. Fracking that gas out of the ground will use and poison vast amounts of B.C.'s water. But once we do allow all that gas to be forced out of the ground, we can burn it to make up for the electricity given to the shale gas people to frack their gas. And round and round it goes! (To be fair, the NDP think this is all a wonderful idea!)

This Campbell/Clark government, the great money managers, have created a fiscal mess that beggars description, and both from the outset have lied through their teeth. As Mike Smyth says, "They've been doing it for years."

If the great Bard of Avon were to tell this story it wouldn't make it as a tragedy. Being too far fetched for that, it would instead be a comedy. I even have a name old Will might use -- A Comedy of Errors.

Having cast our lot with these thieving prevaricators, we will just have to relax and watch as the giant Liberal inkfish continues to sow lies and confusion while British Columbia, once the envy of the world for its abundant cheap energy, goes into the market, begging cup in hand.