BC Hydro isn't ready to respond to an earthquake or other catastrophic event, and this fact could lead to the widespread loss of electrical power for months and much public distress. 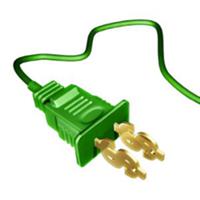 You're Going to Get Zapped

Those are the findings of a December 2012 report "Corporate Disaster Preparedness Planning" from BC Hydro's internal audit branch, which the Tyee obtained through the freedom of information law.

"BC Hydro is not adequately prepared to react, respond, and recover from a widespread catastrophic event such as an earthquake, as there is not a mature or integrated disaster preparedness program," it concluded. "An effective governance structure to oversee, coordinate and report on disaster preparedness activities is not in place."

These problems were placed in the highest urgency "red" category (up from green, yellow, and then orange). On a "maturity level," ranging from the lowest 1 to highest 5, Hydro's disaster readiness was pegged at between 1 and 2. The auditors said Hydro should try to reach level 3, which is "an appropriate industry benchmark."

BC Hydro had hired PricewaterhouseCooper as the subject experts, because the accountancy firm had also worked as emergency responders on the 2011 Japanese tsunami and Hurricanes Rita and Katrina. The audit focused on disasters such as earthquakes, dam breaches, widespread floods or fire, but not the familiar B.C. windstorms.

"We also had a response program, and it dealt with all those events including windstorms," Doug McLeod, BC Hydro's disaster preparedness coordinator from 1996 to 2006, told The Tyee. "But it's never complete, and there are always improvements to be done."

One major risk is the loss of electricity to British Columbians, the audit said: "Recent research suggests that there is a 40 per cent chance of a catastrophic disruption by a major earthquake in the Pacific Northwest anytime in the next 50 years.... Large-scale events can be as costly as after Hurricane Katrina; Entergy New Orleans was unable to fully restore power for months and was in bankruptcy for nearly two years."

"I would like to see what steps Hydro is taking to comply with regulations," said John Horgan, Juan de Fuca NDP MLA and the party's hydro critic. "I represent small towns like Port Renfrew and Otter Point, and a reliable electricity supply is vital for them."

For example, it stated that in 2011 all Hydro emergency management functions were consolidated under a new Strategic Emergency Management (SEM) Group. In its first year, SEM established emergency centres, trained 300 floor wardens and searchers, and updated emergency supply cabinets at its Dunsmuir and Edmonds buildings.

As well, Ben Peco, BC Hydro's strategic emergency management manager, told the Tyee last week by email that the utility has created a new "strategic emergency management" policy, mandate and steering committee. Five critical business groups will complete their plans by end of June. Moreover, a "rapid damage assessment" course was piloted in March, to help BC Hydro employees assess a building's condition to determine if it can be re-occupied after an earthquake or flood.

While the audit did not find a "cohesive program" for emergencies at BC Hydro, it still positively noted that a few "foundational components" were in place. These good features included a layered Incident Command System, as well as an improved IT disaster recovery plan that is tested yearly and has a back-up data centre in Calgary.

• The Japan and New Zealand earthquakes and the recent 7.4 magnitude quake off the coast of B.C. in September 2011 should be a wake-up call that a major quake could occur at any time in the province.

• Electricity is an essential service, and BC Hydro not being adequately prepared to respond and recover will delay and impact the recovery of other key services and infrastructure in the province.

• A prolonged power outage if BC Hydro is not well prepared will have a negative financial and reputational impact on BC Hydro and the province. This will raise the population's distress.

• In October 2011, all BC Hydro emergency management functions were consolidated under the Strategic Emergency Management Group as part of the Transmission and Distribution business group. (Peco said that a three-year SEM strategy and implementation plan has been put into place that will help BC Hydro meet industry best standards by January 2016.)

Besides the four key findings noted above, many other problems were noted in the audit (although Hydro said last week that many have been resolved):

• On governance -- "Activities are generally disjointed as there is no overarching strategy and management framework in place. Management acknowledged that a 3-5 year vision, strategy and implementation plan is needed to elevate the program across BC Hydro."

• On risk assessment -- "Preparedness planning is not based on disaster risk assessments." Critical business functions had not been identified and were at significant risk exposures.

• Hydro had no formal protocols for liaison with Emergency Management BC and other provincial agencies.

(In 2011 the mayor of Surrey said she wanted BC Hydro to take a more integral part of the city's emergency planning after a Hydro transmission tower collapsed in flood-eroded earth, leaving 25,000 homes without power and at the risk of electrocution. "I would think Hydro would want to undertake that just as a good corporate citizen," said Horgan.)

• Half of BC Hydro's field support teams are contractors, but there are no exclusivity clauses in their contracts, so in a Northwest region disaster, they would most likely go work for either the first or the highest bidder.

• Emergency response plans existed, yet not all of them were complete and current, and there was no central repository for them.

• There was no emergency training program for employees across BC Hydro. (Peco replied that, besides more frequent emergency exercises now, every Hydro employee will have to complete an annual preparedness course.)

• BC Hydro did not have enough insurance to cover catastrophic events.

To reduce BC Hydro's social, economic and environmental costs from a disaster, the auditors concluded that an ounce of prevention is worth a pound of cure: "Research shows that there is a four-fold return on investment for mitigation versus response expenditures."

Many of the issues being raised today are not new.

BC Hydro's emergency response program had been audited before in 2000 and 2008. Back in 1990 the Province newspaper reported that BC Hydro had begun its earthquake preparedness in the late 1970s, when it embarked on an earthquake-proofing program for the 60 hydro-electric and water storage dams it owned throughout B.C. Throughout the 1980s Hydro spent about $100 million on dam preparedness. It also strengthened its electrical power system, such as by anchoring large equipment at substations and strengthening transmission tower bases at river crossings where the soil could liquefy.

For an update, Peco told The Tyee that in the last few years BC Hydro upgraded more of its facilities throughout B.C. These included the Fraser Valley Operations Centre, the Southern Interior Operations Centre, Port Alberni, Campbell River, Nanaimo, Victoria, Horne Payne, Maple Ridge, Prince George and Vernon district offices. These buildings house emergency operations centres and are or will be constructed to post-disaster recovery levels. BC Hydro is also undergoing a complete third party seismic review of the electrical system.

In 2006 BC Hydro took part in a large two-day simulated Cascadia subduction earthquake exercise, involving 330 mostly American experts representing 150 business, state, police and emergency managers. The findings in the resulting report, Blue Cascades lll: Managing Extreme Disaster, were blunt: nobody's ready and "among all the issues explored in the exercise, none was more challenging than the 'who's in charge?'"

Lack of money was the number one problem, McLeod was quoted in the Goldstream Gazette. Nobody is close to being prepared for a disaster of that magnitude, he added, and B.C.'s state of readiness won't be understood "until a major event comes up" and the emergency system is tested.

Sheena Vivian, BC Hydro's manager of emergency planning, said in 2011 that how long it takes to repair damage depends on the quake's magnitude, and that while power poles and lines are built to the standard expected throughout North America, it is "almost impossible" to earthquake-proof anything.

Peco noted that the 2012 audit mainly reviewed BC Hydro's internal disaster response and not its dams (although the report did say that "BC Hydro does not completely comply with the Canadian Dam Safety Association guidelines for emergency response plans"). He added that when doing any major retrofit, BC Hydro takes the opportunity to upgrade the design to meet current seismic standards, such as for the redeveloped Ruskin Dam and Powerhouse and John Hart Generating Station. BC Hydro's dam safety program includes weekly site inspections, semi-annual inspections by a dam safety engineer, and an independent inspection by an engineer every five to ten years. On the transmission side, the utility is reinforcing key substations and strengthening infrastructure such as river crossing towers and underground cable terminations.

Horgan said in the next few weeks he will ask B.C. Energy Minister Bill Bennett about the audit's findings during the legislative debate on the minister's estimates. "On many issues BC Hydro has been adrift for the past 18 months," he said, "and there has to be more accountability from the Hydro board and the cabinet."