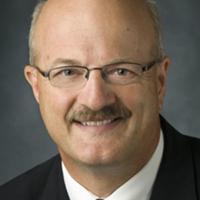 O'Neil wrote that anywhere from 1,600 to 2,000 Chinese nationals could find work in four projects in coming years. Jobs Minister Pat Bell quickly claimed the numbers wouldn't go that high, while also claiming that Canadians could not be found for the hard dirty underground mine jobs. Premier Clark said it will be years before the mines are open and the current group of foreign workers will only be here for a temporary project to extract a sample, claims that are challenged by the United Steelworkers.

In a follow-up story on Oct. 19, O'Neil discussed allegations, first reported in The Tyee, that foreign workers are being asked to pay illegal recruitment fees. He quoted a spokeperson for HD Mining International that the temporary workers are employees with the company's existing mines in China. Of course, that by itself doesn't mean that they wouldn't pay for the opportunity to earn higher wages in Canada.

The B.C. government says it is investigating the allegations, but does anyone think a potential worker who has relatives in China is going to rat-out his recruitment agency? I know a caregiver who came to B.C. from the Philippines whose recruiter pursued and threatened her if she didn't pay a $6,000 fee. I am pleased to say she got support from new friends here to escape the recruiter's clutches, but it would be naïve to think all such stories have happy endings.

The Steelworkers have been trying to get a meeting with Bell or the premier for ten months, but Bell seems more interested in slagging the union and its regional director, as he did when appearing on CKNW's Bill Good show the morning O'Neil's article appeared. The Steelworkers responded with ads the companies ran so as to meet the Human Resources and Skills Development Canada's (HRSDC) requirement to first advertise the jobs in Canada. The catch is the ads show ability to speak Mandarin as a requirement, something the company now denies despite the documents produced by the union.

The Clark government is clearly feeling the heat as evidenced by an Oct. 16 "fact sheet" it put out titled: "Myths and facts on temporary foreign workers".

Two days later, when Bill Good had a lawyer as a guest discussing the temporary foreign worker program, someone from government sent him an email he read out which alleged temporary foreign workers were working at a mine in Grande Cache, Alberta next to Steelworkers; the Steelworkers had previously pointed out that is not true. Good set the record straight the next day, but Bell, the source of the falsehood, has yet to apologize.

The best way to refute the "facts" alleged in the government's "fact sheet" is to read what Canada's auditor general said in her 2009 report, where paragraphs 2.89 through 2.107 focused on temporary foreign workers. First, it is necessary to understand the process that is followed for the granting of a work permit for a temporary foreign worker. I have gone through this process three times as I have completed the paperwork for the hiring of live-in-caregivers, so I can say from first-hand experience that it is not nearly as complicated as made out by the lawyer who appeared on Bill Good's show.

The employer must first obtain a Labour Market Opinion (LMO)from HRSDC. The prospective employee is given a copy of the LMO by the employer so it can form part of the application by the employee for a temporary work permit. It is vital to understand that such permits are specific to a particular employer so an unhappy employee cannot change employers without applying for a new work permit, a process that takes months and leaves the worker with no means of support and the possibility of deportation.

The legal authority for the temporary foreign worker program is the Immigration and Refugee Protection Act (IRPA). The Auditor reported:

"We noted that the IRPA does not provide any mechanism to impose administrative sanctions on employers or their representatives for compromising the integrity of the Temporary Foreign Worker Program. For example, an employer may submit a new LMO application even after misrepresenting a previous application. In our view, effective administrative sanctions would have a deterrent effect and could reduce the number of fraudulent applications."

The Auditor recommended that:

"Citizenship and Immigration Canada (CIC) and Human Resources and Skills Development Canada (HRSDC) should implement mechanisms that would better enable them to ensure the integrity of the Temporary Foreign Worker Program and the protection of individuals."

Those who act as advocates for exploited temporary foreign workers might call that a colossal understatement. Most employers know how to write a job description so as to exclude almost everyone but the desired candidates. That technique is extended to LMOs by adding requirements like ability to speak Mandarin when advertising in Canada for mine workers.

As for protecting foreign workers, that will remain challenging as long as the program makes them virtual indentured servants as a result of being in Canada by virtue of a work permit that is valid for only one employer. With a complaints-driven employment standards system, it would take a very courageous worker to risk being dismissed with no place to legally turn for another job.

The controversy over the use of temporary foreign workers in mines isn't about keeping foreigners out. The Steelworkers have been clear that they welcome immigrants and permanent residents who want mining jobs. The concern is about temporary workers who are bound like indentured servants, who have no practical recourse to defend their rights and whose employers may have played fast and loose with the requirements for obtaining a LMO.

The Harper government should change the act so temporary foreign workers are free to change employers at any time during the period when their work permit is valid without having to apply for a new permit. The Clark government should put more effort into training programs so B.C. doesn't have to depend on importing qualified workers. Its report titled "Labour Market Outlook 2010-2020" predicts that one-third of B.C.'s job openings will be filled by new migrants. That fact isn't mentioned in any of those BC Jobs Plan TV ads!