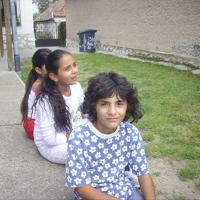 To start with, CIC has launched proceedings to revoke citizenship from 3,100 immigrants.

"Canadian citizenship is not for sale," says Kenney. Nor should it be.

On the other hand, the taking of citizenship from some Canadians should cause the rest of us to ponder any other motives by the government. At minimum, we should demand accountability and transparency from authorities in charge.

Five questions, then, for Jason Kenney and the Harper government as they expand their vigorous campaign against immigration fraud.

1. How much of a problem are these people to other Canadians?

A government press release explains: "In typical cases, permanent residents will use the services of an unscrupulous immigration representative to fraudulently establish evidence of residence in Canada while living abroad most, if not all, of the time."

Richard Kurland is a Vancouver immigration lawyer who first started looking into this issue in 2006, after the evacuation of thousands of Canadian citizens from Beirut during the Israel-Lebanon conflict. Later branded "Canadians of convenience," many passport-holders who obtained consular assistance during the bombing campaign were later found to spend much of their time in Lebanon.

Kurland has since obtained reports sent to Ottawa by immigration bureaucrats responsible for the Middle East and Persian Gulf regions. "Access-to-info is sort of my hobby," says Kurland. (His other big project involves foreign exotic dancers.)

Kurland says a computer upgrade at the ministry revealed addresses in Canada supposedly housing dozens of people. Lack of verification had allowed individuals granted permanent residency to create the illusion they were spending most of the year in Canada, paying phone bills and so on, while they worked toward full citizenship.

Meanwhile, as Kurland puts it, these applicants "clog the immigration pipes," diverting resources away from earnest and legitimate applicants.

Of course, proving all these allegations in court and stripping thousands of people of citizenship will also require significant time and money -- though Kenney says taxpayers will benefit in the long run.

2. Are the Conservatives cracking down on specific ethnic groups?

Though the 3,100 "fraudulent immigrants" targeted in yesterday's crackdown hail from more than 100 different countries, Kenney singled out "Gulf states" in his news conference, where he says already wealthy people enjoy salary perks for holding Canadian citizenship. Richard Kurland says based on the internal documents he's studied, bureaucrats seem most concerned about fake citizens from the Middle East and Iran, followed by Pakistan and China.

When it comes to refugees -- another of his files -- Minister Kenney has been decidedly vocal about the menace of "bogus Roma refugees," specifically from Hungary. Roma used to be known in Europe as gypsies, and they're no strangers to racially-motivated violence. Montreal immigration lawyer Mitchell Goldberg points out that "Jews and Roma were persecuted together under the Holocaust." Goldberg is disturbed by Bill C-31, the government's new policy on refugees, on track to become law this fall. The bill would create a list of "safe countries," at the minister's discretion, from which it would be impossible to apply for asylum. "Right-wing xenophobes are gaining power in Hungary," says Goldberg, who worries that Canada is preparing to abandon thousands of Roma to their fate.

3. Will Canada’s economic interests influence who is investigated and who is not?

The "Gulf states" mentioned by Jason Kenney would include countries that compete with Canada as oil exporters. But the list of problem countries mentioned by immigration bureaucrats, according to Richard Kurland, also includes China.

Aside from allegedly housing "citizens of convenience," China is number two (behind Hungary) in producing refugees to Canada. That could change if China is designated a "safe country" under Canada's new refugee laws. "The danger in creating a list like that," says Mitchell Goldberg, "is you open yourself up to immense commercial and political pressure."

China and Canada signed their latest trade agreement over the weekend at the APEC summit in Vladivostok, Russia. China is the major destination market for the proposed Northern Gateway pipeline, and Chinese state-owned companies are key investors both in the pipeline and the Alberta oil sands.

China is also a brutal totalitarian regime under which political dissidents, ethnic minorities, and religious practitioners are routinely abducted, tortured, and killed. Prime Minister Stephen Harper was careful to put human rights concerns on the back burner during his last visit, focusing instead on trade and cute pandas.

It will be interesting to see how many Chinese-born immigrants are swept up in Jason Kenney's latest crackdown -- and if refugee claims dry up as fast as the ink on new trade agreements.

It has before. Last spring, Jason Kenney was forced to apologize after the revelation that he used his parliamentary letterhead to fundraise on behalf of the Conservative Party. A letter obtained by the opposition asked donors for $200,000 to support the Tory strategy targeting "very ethnic" ridings. One of Kenney's staffers was fired, then re-hired and promoted three months later.

The leaked letter included a powerpoint slide with three unambiguous phrases: "There Are Lots of Ethnic Voters." "There Will be Quite a Few More Soon." "They Live Where We Need to Win."

Several of the target ridings identified in that strategy outline are in the suburbs of Ontario and B.C. -- areas that will be handed more seats and more political power under the redrawn electoral map.

Jason Kenney enjoys a great deal of the credit in delivering the Conservatives' current majority government, thanks to his tireless campaign work in those "very ethnic" ridings, and his successful identification of immigrant groups receptive to Conservative values -- versus those who are less favourable. Muslim voters, it bears noting, are not much help to the Tories -- an exit poll taken during the last election pegs their support for Kenney's party at 12 per cent.

It bears mentioning that until proven guilty, these 3,100 people are innocent. They also enjoy the same rights that I do as a Canadian citizen. One of those is the right to vote, though if these alleged fraudsters are indeed living abroad, that might not be a right they frequently exercise. Regardless, removing the rights of citizenship is a drastic step, and one that requires maximum transparency.

If Jason Kenney is going to beat his chest about protecting Canada's borders from fraudsters and smugglers, we need to know at all times that he is working in the best interests of Canada and its immigration system -- rather than his political party. His previous failings on this front justify extra scrutiny.

We also need to know as citizens that if the federal government is going to strip peoples' rights and deport them, that it is acting fairly, on the basis of airtight evidence. The minister will have many opportunities to provide these reassurances as this investigation continues.