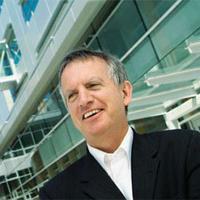 The results might surprise you. Rather than a city rendered unrecognizable by tower blocks in every part of the city, they saw a future where most new housing was fit into existing neighbourhoods through gentle infill, or along transit streets in low-rise structures. They saw a city where the gradual shift away from cars allowed a quarter of our streets to become green streets, places for community gardens, street hockey games, bikeways and bird songs.

They saw a city where the environmental costs of moving from place to place were decreased by over 80 per cent and where the cost of heating homes was similarly slashed. They saw a place that can lead North America in adopting a low carbon lifestyle -- a lifestyle that cuts our per capita greenhouse gas production by over 80 per cent (the amount required by the provincial Greenhouse Gas Reduction Targets Act) and leaves us with a much more convenient city to live in at the same time.

But they saw problems too. First and foremost was an aging population. By 2050 if current trends continue, Vancouver will be a city of the old. A general aging of our population combines with the exodus of young people and young families out of the city, driven out by the high cost of housing. If we can't adapt to this change, and slow the exodus, Vancouver will be a city without workers, without childish laughter, without a future.

They saw a city that might be on a path to becoming two cities, not one. A city of gleaming towers in some places, a pattern already clearly visible in the downtown, and a static and unaffordable city of car-dependent districts -- districts with empty schools, fewer and fewer services, fewer and fewer jobs. 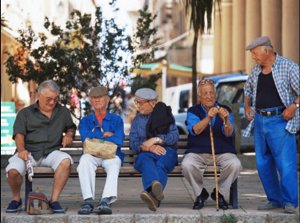 By 2050 there is a real chance that Vancouver will be home to just the very wealthy and the very old.

They saw a city whose main task would be caring for the old and sick, without a vibrant cadre of the young to help in this crucial task. They saw, in short, a city that may not live up to its "greenest city" ambitions.

Thirteen weeks of focused attention by 17 young minds can reveal both -- both the opportunities and the problems confronting Vancouver. For the next six weeks, The Tyee will let you share their journey, taking you step by step along the track of their thinking. Here are the steps on that path.

Step One. What IS this city?

Vancouver is organized around its transit grid, a system of arterials spaced an even half mile apart. Most of the areas we cherish are still organized along and around these arterials. A first step is to understand this legacy, and what it means to our future.

Step Two. Why do we use so much energy, and what does city design have to do with it?

Vancouver uses a lot of energy, but some parts of the city use a lot more than others. Why? Density has a lot to do with it. But must we all live in towers to save the planet? Would this even work? Is there a better way?

How does Vancouver respond to a twin crisis: an aging population that is leaving us a city of empty nesters in too-large houses, and an affordability crisis that is driving our young away in droves. The answer lies in how the city responded to demographic challenges in the past, how our buildings and districts got the way they are, and how they can be adapted during the next three or four crucial decades.

A Convenience Truth: A 2050 Plan for a Sustainable Vancouver, on which this Tyee series is based, is a book in print and online form.

The online version can be viewed here.

Step Four. How can we address all this without destroying what we love about this city?

While most residents find things to dislike about Vancouver, unaffordable housing first and foremost, most people love this city. Why? What is it that they love so much about this place? The answer is not obvious. Sure the mountain views are spectacular. But more than that, it's that the city serves us well. We can live our lives here the way we want to live them: do the work, meet the people, go to the show, enjoy our trip to the store, take a long walk along the shore. How can this be made more emphatic? How can these things get better as we change?

Step Five. What are the patterns of the future city?

When you put it all together what are the layers of this new city? How does saving energy, getting around, nature and our unique sense of place combine in a sustainable urban pattern? The students found four big frameworks for that:

1. Interconnected places: Use the framework of our arterials to both connect and distinguish urban places.

3. The green grid: Re-conceive the streets of the city as an environmental network equal to the transportation network.

4. Continuous habitat: Expand, over time, a continuous system of natural areas and parks. 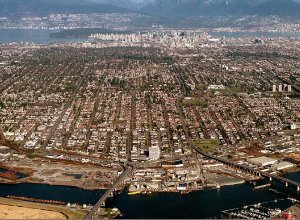 Vancouver as seen from the south. In the next 50 years, Vancouver's population may double; new growth will likely occur in existing low density neighbourhoods. If it doesn't? Our kids and grandkids will likely have to live somewhere else. Image courtesy of Brent Toderian.

Step Six. What does it look like on your street?

None of this means anything if you don't know what it looks like on your street. What would it do to the place where you live, the place you love and call home? How can your kids find a place there? How can their kids?

How does it all come together to make your world, and the larger world, a better place?

We hope this work by some of Vancouver's youngest and brightest minds will get a hearing, and give older Vancouver residents pause. For the next six weeks we invite you to join their imaginary journey through the decades, and to think about how the best of their dream might become real.

Next week: The rise and fall and rise again of Vancouver as transit city.