Prime Minister Stephen Harper has often referred to Canada as an emerging "energy superpower" due largely to the development of the Alberta oil sands. But what has been the long-term legacy of fossil fuel development in Alberta -- the epicenter of the Canadian conservative movement and Harper's political powerbase? 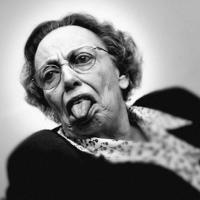 Deficits, foolish giveaways to corporations at the expense of taxpayers, and environmental "carnage" without funds to fix it, according to Allan Warrack, a former minister in the Alberta government who nearly 40 years ago helped craft the province's plan for saving and intelligently investing its oil wealth.

That Alberta has been held up by Stephen Harper as an engine of Canada's economy and a model for conservative values would make Warrack's critique potent ammunition for the various party leaders. But so far the Harper talking points on oil wealth and how to manage it have gone largely unchallenged. Last night's debate afforded an opportunity, certainly, but no one took it.

Warrack, one of the architects of the iconic Alberta Heritage Fund, told the Tyee earlier this year that the province is being run like a "banana republic" for failing to collect fair rents for non-renewable resources like the oil sands.

Warrack is a professor emeritus of business economics at the University of Alberta and former minister of lands and forests in then-premier Peter Lougheed's cabinet in the early 1970s. Warrack then served as utilities minister and on the energy cabinet committee. He also authored a detailed history on the Heritage Savings Trust Fund and was a key player when the province famously revamped the royalty regime and set up the arm's length oil wealth fund to benefit future generations.

"Since time immemorial, the use of other people's property has been on a two thirds, one third split," said Warrack. "The owner gets a third and the operator gets two thirds... If you interpret that in terms of oil or natural gas or oil sands, there should be a third of the value to the owners and in the case of oil sands that is 100 per cent owned by the public."

The royalty rate collected on oil sands projects before "payout" is currently one per cent, which according to Warrack is so low it is "like a rounding error from zero."

He feels the lack of government oversight and fair royalty collection for the oil sands is creating a massive restoration liability. "There is going to be a thousand years of carnage left up there and we are not even getting fair money for it... I mean this is crazy, just crazy."

As far as pledges to restore the area around Fort McMurray, Warrack is not optimistic. "Anybody who thinks the environment [at oil sands operations] is going to get fixed is smoking something. I mean they will just declare bankruptcy and they are out of Dodge. Is there any doubt?"

Warrack's caustic assessment of the state of Alberta's resource management of comes on the heels of another multi-billion-dollar provincial deficit. The Alberta government is again dipping into past oil wealth to help balance the books and plans to do so well into the future.

Drawdowns from the Sustainability Fund -- a more easily accessible pot of past oil wealth than the Heritage Fund -- will total 90 per cent from 2009 to 2014. The Heritage Fund has not seen any royalty contributions in more than 20 years and retains about $15.5 billion that was largely contributed before Progressive Conservatives Don Getty and Ralph Klein were premiers. This means what is left of Alberta's total retained oil wealth will almost be cut in half in this period -- even as the government closes hospitals and schools.

This was hardly the vision the province had for a prosperous future when the royalty regime was reformed 40 years ago. Warrack recounts how the Lougheed government ran on a platform in 1971 of increasing the royalty rate to 33 per cent "that for all practical purposes doubled the amount of money that the public gets through management of its publicly owned resources."

Industry was not pleased. According to Warrack, oil companies at the time challenged the change in court "with all the lawyers money could buy, but they still lost." This hard-won reform along with the ballooning oil prices in the early 1970's set the stage for the formation of the Heritage Fund.

"Unexpected by anybody including us, OPEC broke through on the scene and the price of oil went up hugely. Combined with royalties doubling and you are starting to talk real money. So the Heritage Fund was proposed by Peter Lougheed based on the principle that a large share of this wealth needs to flow to future generations."

The Progressive Conservative Party won the 1975 election on the issue of setting up the Heritage Fund and deposited the first $1.5 billion in August of 1976. It had four principle priorities: fairness to future generations, strengthen and diversify the Alberta economy, improve quality of life, and provide a "rainy day" revenue source.

With this laudable mandate and a steady source of revenues, the managers of the Heritage Fund began to invest in a range of infrastructure improvements, scientific and educational endowments, irrigation and flood control improvements, transportation upgrades and land restoration projects. These capital expenditures totalled $3.5 billion by 1995.

A separate division of the fund provided $1.9 billion in low-interest loans to other parts of Canada benefiting a diverse range of borrowers from the government of Newfoundland to Quebec Hydro. Billions more were loaned to Alberta crown corporations.

However it was not long before the original vision of an arms-length legacy for future generations was watered down, and subsequent governments started to dial down royalty deposits.

No royalty deposits in 24 years

From 1976 to 1982, 30 per cent of all oil and gas royalties were invested in the Heritage Fund, as well as all financial investment yields. From 1982 to 1987 these royalty deposits had decreased by half, and no financial yields were retained. Since 1987 there have been no royalty deposits or retained financial yields. This iconic fund has been essentially moribund for more than 20 years, steadily decreasing in relative value due to population growth and inflation. According to Warrack, the fund and its lost legacy has become a source of "continuous embarrassment to the government." 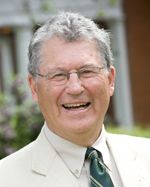 There are other legacies of the Heritage Fund that have recently been dismantled. In 1980, $300 million was hived off to start the Alberta Heritage Foundation for Medical Research (AHFMR) to attract scientific talent and activity to the province. By 2005, the endowment had grown to $825 million through sound management and reinvestment of financial yields, providing hundreds of researchers the resources to make Alberta a world centre of medical innovation.

"Pathetically and to the horror of virtually the total Alberta medical community [the AHFMR] has now been dismantled," said Warrack. "It's hard for me not to fly into a rage when I recount what happened."

He's not the only one. Two professors from the University of Calgary Medical School responded with an editorial this year in the Calgary Herald describing the "potentially catastrophic" abolition of the AHFMR. Their exasperation with this decision is palpable:

"[The Alberta government] commandeered the (formerly arm's length) foundation endowment and centralized medical research under a government-controlled oversight committee, the majority of whose members have little or no experience in scientific research. The government's explanation was that the AHFMR did not produce research that was able to "get off the shelf" and "create wealth." One hundred years ago, a similar logic would have suspended research into planes, trains and automobiles, and focused instead on streamlining the production of horseshoes."

Such short-term thinking seems indicative of the oil-economy fixation that has plagued public policy in the province. The seemingly forgotten vision of the Heritage Fund was to use oil wealth to become less dependent on this single industry -- something that Warrack feels is nowhere close to happening:

"The capacity of particularly the oil sands operations to hire people away from other companies is serious problem because we are already at full employment, so where will the people come from? Well they just outbid them. . . We actually have a process now and have been for at least a decade in Alberta of hollowing out of these other kinds of businesses other than the resource sector, and at the end of this period will leave us pretty naked for employment and investment opportunity. Economists understand this but there is nobody in the government that has an inkling about this discussion, not a chance."

Warrack is not optimistic on chances of government or voters demanding an end to the boom-bust dependence on the Alberta resource sector anytime soon. "We haven't suffered enough is my bottom line."

Alberta is closer to a purely conservative experiment in economic policies than any other part of Canada. Stephen Harper has held up the province as a shining example the rest of Canada should envy. In one famous example, in December 2002, Harper wrote an article in the National Post headlined "Separation, Alberta-style" in which he declared:

"Alberta has opted for the best of Canada's heritage -- a combination of American enterprise and individualism with the British traditions of order and co-operation. We have created an open, dynamic and prosperous society in spite of a continuously hostile federal government." The other provinces should emulate Alberta, he said, but "Canada appears content to become a second-tier socialistic country, boasting ever more loudly about its economy and social services to mask its second-rate status.”

How to square this with Allan Warrack's grim assessment of the legacy of Alberta's abundant resource wealth? Does the Alberta government's undermining of the Heritage Fund and soft-dealing with corporations at the expense of taxpayers provide a glimpse into Canada's future under continued Conservative rule?

Harper could have been made to answer that question last night. He was not. We may all find out the answer, though, after the election.