Few developments in our era of savage capitalism are so powerfully symbolic of the new feudalism than the obscene compensation paid out to the new economic elite, the CEOs of the most powerful corporations in the country. The Canadian Centre for Policy Alternatives's Hugh MacKenzie now reminds us yearly of this economic and social sickness by identifying exactly when the average CEO (of the 100 largest firms) has earned as much as the average worker makes in a year (this time around it was by 2:30 p.m. on Jan. 3). The average total compensation for Canada's 100 highest paid CEOs was $6,643,895 in 2009. 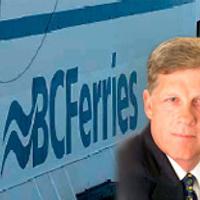 Bloated Pay, Conflict at Top of BC Ferries: Ministry Report

The social and political implications of this grotesque overcompensation are more important than the actual dollars. Socially, in terms of class, it represents the ruling elite's deliberate and conscious declaration that they will take as much money as they want out of the system simply because they can. It is the most powerful way that the elite can make clear that they have nothing in common with the rest of us. Their excess compensation has little to do with their value to a firm, their contribution or their ability.

It is the modern equivalent of the power and arrogance of the robber barons of the 1920s.

The CEOs' virtual control of the public policy process, which allows for this obscene level of inequality, delivers another message: democracy, whose essence is equality, will not be allowed to mess with the natural order of things. Samuel Huntington, one of the U.S. elite's longest-running apologists, pined 35 years ago for the good old days: "Truman had been able to govern the country with the cooperation of a relatively small number of Wall Street lawyers and bankers." He pines no longer. How is it any different today, as the financial sector, supported by the resource and manufacturing giants, effectively dictates economic policy to whatever government is in power?

There is nothing in this compensation pattern that benefits the corporation itself or the economy more broadly. In fact, it is clear that just the opposite is the case: compensating CEOs for the share price (over which they have almost no control) rather than profitability, stability, employee loyalty, long term growth, modernization and strong capitalization actually weakens the corporation and distorts proper management. And inequality, to which this disparity contributes, damages competiveness, innovation and productivity.

The flip side of the excess CEO compensation coin is the push by these same CEOs for so-called labour flexibility. Historically, this set of policies -- which have had the effect in Canada of flatlining real wages since 1980 -- are a reversal of Fordism, the principle established by Henry Ford whereby he paid his workers enough to allow them to purchase the cars they made. This reversal -- with workers receiving almost none of the productivity gains for two generations -- has resulted in the accumulation of unsustainable debt by Canadian (and American) working families. Government and corporate obsession with globalization and trade has allowed the domestic economy to erode. The geniuses in the economics departments and financial firms thought trade would grow forever. Now that it is faltering and they need the domestic economy to fall back on, planned inequality has critically weakened it.

It is rare for any commentators in the business press to even raise the question as to whether or not any of the CEOs receiving multiple millions in compensation are actually worth it. The pay levels, including bonuses, imply that the CEOs are geniuses, uniquely responsible for the success of their companies. But there is nothing in management theory or practice to support such a conclusion. One of the most famous management gurus, Peter Drucker, who conducted a ground-breaking study of General Motors, stated: "No institution can possibly survive if it needs geniuses or supermen to manage it. It must be organized in such a way as to be able to get along under leadership composed of average human beings. No institution has solved the problem of leadership... unless it gives the leader a sense of duty and a sense of mutual loyalty between him and his associates..."

That "sense of mutual loyalty" has long since been tossed in the dust bin of business history. Loyalty now has to be paid for in the millions. It is not enough that the hundreds of top executives in the largest firms get huge salaries, something that was once enough to ensure loyalty. Now the financial firms that created the global meltdown claim they must pay huge bonuses to keep the loyalty of their highest paid employees. The leader who once inspired trust and loyalty of his employees has been replaced by what UBC psychologist Robert Hare calls the "sub-criminal psychopath" CEO. These men are extremely destructive to their companies and "... maneuver to have detractors fired and ruin the other peoples' careers without a hint of remorse."

Former Harvard University president Derek Bok believes that CEOs are paid their huge bonuses precisely because they are being asked to work against their better judgement as managers and human beings -- and against the best interests of their companies. But being paid huge sums to focus on the short-term returns means managers must consciously ignore the interests of their employees, the community and the long term interests of the company which is paying them.

The unconscionable compensation rates enjoyed by Canadian CEOs is part of a pattern of radical market ideology centred in the Chicago School of Economics. We are so accustomed to hearing about these gargantuan pay packages that we assume they are a global pattern. But in Japan the average CEO, by tradition, receives no more that 17 times the compensation of his lowest paid employee. In Germany (1999 figures) the ratio is twelve to one. There is no evidence that CEOs in these two countries suffer from lack of motivation or loyalty to their firms.

So long as the English speaking developed world is infected by the radical market ideology that caused the economic meltdown, the issue of CEO compensation -- and the specific issue of bonuses for bankers -- will not be dealt with. And the bankers know it. In testimony before the British House of Commons, Bob Diamond, Barclays' CEO, refused to commit to lower bonuses. Demonstrating appropriate contempt for a toothless state, he replied to tough questioning by simply declaring: "There was a period of remorse and apology; that period needs to be over."

Indeed, it is over -- until we find a way to recover democracy and the principle of equality which is at its core.