Last May, the OECD put out figures comparing infant mortality rates in countries around the world. Perhaps the biggest story of all the figures were those attributed to Canada. This country has always boasted of its social stats -- life expectancy, infant mortality, university graduates, and other measures of our success as a nation. 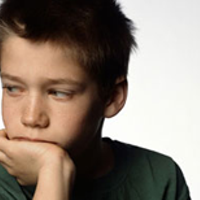 Lift Kids Out of Poverty, Protect Their Brains

But not this time.

The numbers were "shocking" -- a word used by half a dozen prominent commentators, including the Conference Board of Canada. We had slipped from sixth place in the world to 24, a virtually unprecedented fall for any country. We are now just above Poland and Hungary, with 5.1 deaths per 1,000 live births of infants less than one year of age. The actual tragedy beyond the percentages: 1,181 infant deaths in 2007.

There were no quotes from the parents of those infants who had died, but there was an outpouring of shock and much speculation about the reasons. The drop in ranking below the countries in the top ten -- the northern European nations, Japan, Australia -- prompted the Society of Obstetricians and Gynecologists of Canada to push for a national birthing strategy. Others were convinced it was how Canada deals with premature births.

But the answer might lie elsewhere, and a recent book on the deadly and profound consequences of income inequality sheds light on just what has gone wrong in Canada. The Spirit Level sounds like anything but a scientific book, but in fact its authors Richard Wilkinson and Kate Pickett bring to bear some of the most thorough scientific studies on the effects of economic inequality ever assembled in one place.

It makes for an incredible read, and has the potential to completely transform our attitude towards inequality and its multifaceted impact on society.

Rise of the top one per cent

What gives it even more potential to change the way we think about issues like infant mortality is a recent study the Canadian Centre for Policy Alternatives (CCPA) authored by senior economist Armine Yalnyzian. It is no secret that Canada, following the pattern of the U.S. and other English-speaking developed nations, has been getting less and less equal over the past couple of decades. But the numbers are shocking -- indeed a perfect match for the numbers regarding infant mortality. What The Spirit Level establishes is that the latter tracks the former.

The CCPA study, The Rise of Canada's Richest 1% (the 246,000 privileged few whose average income is $405,000), reveals that this group of Canada's wealthiest citizens took home almost a third of all income growth during the decade from 1997 to 2007. According to Yalnizyan: "That's a bigger piece of the action than any other generation of rich Canadians has taken. The last time Canada's elite held so much of the nation's income in their hands was in the 1920s." The top one per cent pocketed 13.8 per cent of all personal income by 2007, levels virtually identical to the mid 1920s.

We have come full circle since the mid-1920s. During the post-war decades of our so-called golden age (economic growth and the growth of democratic government through progressive taxation), the share of the richest one per cent steadily declined, until it reached 7.7 per cent in 1977. The middle class and working class increased their share of that new wealth as unionization and a politically engaged citizenry demanded it. Then the wealthy's share started its upward climb again, as the free-market policies of the Washington consensus began to be imposed. And, of course, that is precisely what these policies were intended to do: further enrich the rich and beggar the activist state.

And if you think that incomes are unequal, when it comes to the distribution of accumulated financial wealth the numbers are truly staggering. By the end of 2009, 3.8 per cent of Canadian households controlled $1.78 trillion dollars of financial wealth, or 67 per cent of the total.

Part of the explanation of this extraordinary and rapid growth of inequality arises from simple but massive increase in income for those at the top. But another part of the picture is the extraordinary tax cuts that the wealthiest Canadians have enjoyed since the early 1980s. Between 1948 (when top marginal rates were as high as 80 per cent) and 2000, the tax rate on the wealthy has been cut in half, according to Yalnizyan. And since then, there have been two additional sets of massive tax cuts -- those in 2000 by Paul Martin and by the Harper Conservatives. "Between 1990 and 2005, the richest one per cent experienced twice the reduction in taxes as the average Canadian." By 2005, taking all taxes into account, the richest one per cent of taxpayers was taxed at a slightly lower rate than the poorest ten per cent.

While the rich and super-rich have been getting richer due to a number of factors, the middle and working classes have been going in the opposite direction. A 2008 Statscan study revealed that median earnings of full time employees in Canada were completely flat from 1980 to 2005. In that time period, the real increase in yearly median income (in inflation-adjusted dollars) was $53. In that 25 year period, the income of the richest fifth of Canadians grew 16.4 per cent, while the poorest fifth saw their earnings decline by 20.6 per cent. This, too, was not accidental, but largely a result of government policies. Beginning in the eighties and accelerating in the 1990s, so-called "labour-flexibility" policies drove down the incomes of the middle class and the bargaining power of labour generally.

But what does this have to do with our now-appalling record on infant mortality? The authors of The Spirit Level present compelling evidence that income inequality has an impact on virtually all the kinds of statistics which measure a nation's success -- not just social stats but economic ones like innovation, productivity, and economic stability. The range of factors that can be linked directly to inequality is amazing. The chapter titles tell the story: mental health and drug use, physical health and life expectancy, obesity, educational performance, teen births, violence, imprisonment and punishment, social mobility -- all correlate to how equal incomes are in a given country.

Wealth does not equal health

And these are the results of inequality within a nation -- not between nations, not just the relative wealth of a society. Less wealthy societies that are more equal do better. Indeed, when the World Wildlife Fund matched the UN Human Development Index with a measure of ecological sustainability, only Cuba, nominally a poor country, made the grade.

Some of the numbers are counter-intuitive: the conventional wisdom suggests that innovation is promoted by vigorous competition and high monetary reward. Not so. The most equal societies are also the most innovative (the U.S. and Canada are at the bottom in terms of patents per million population amongst developed nations).

In more equal societies, people work less (workers in Canada and the U.S. work hundreds of hours more a year than their counterparts in more-equal northern European countries) because their more equal incomes are adequate to their needs. More equal societies even recycle a higher proportion of their waste. Perhaps not surprisingly, there is also direct correlation between equality and a high percentage of unionized workers. Unionization rates in Canada have declined by nearly half since the 1960s.

What is perhaps most disturbing about this story is that we know that income much beyond that needed for basic comforts does not bring happiness. The Spirit Level cites a study that demonstrates we pursue higher income for status reasons, not happiness. "People were asked to say whether they'd prefer to be less well-off than others in a rich society, or have a much lower income in a poorer society but be better off than others. Fifty per cent of participants thought they would trade as much as half their real income if they could live in a society in which they would be better off than others."

In a U.S. survey, participants were asked to look at three unidentified pie charts with different divisions of wealth going to 20 per cent chunks of the population. One chart showed wealth distributed equally, another showed the actual U.S. division, and a third showed the Swedish reality. When asked which their ideal chart was, fully 92 per cent of Americans chose the Swedish model -- including 90.2 per cent of those who voted for Bush. In Sweden, the wealthiest 20 per cent own only 32 per cent of the wealth, compared to the U.S. where they hold 84 per cent.

These surveys suggest that even the wealthy think we should be more equal. If so, who is to blame for this appalling and destructive trend? If it's just ideology, and I suspect that's a big part of the explanation, then surely we are sophisticated enough to get beyond it and decide that we want a more equal society. And fewer infants dying unnecessary deaths.