I seriously doubt that the BC Liberals will contest the 2013 election (assuming we have to wait that long). If any of its current MLAs run, it will be under some new party banner. 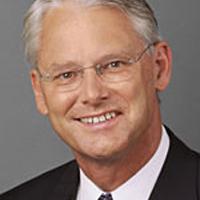 For over 60 years, the only real party in this province has been the New Democrats, and the Cooperative Commonwealth Federation before them. It hasn't always been competent, but at least it's had some consistent political principles.

Their opponents since 1945 have been a sloppy centre-right coalition of big business, small business and opportunists. They've had no real political position except to get as rich as possible while keeping the NDP out of power.

The first coalition, of the Liberals and Progressive Conservatives, held off the CCF into the early 1950s. W.A.C. Bennett, a maverick Tory, deserted the coalition and took over the near-dead Social Credit party, a forlorn relic of the Dirty '30s. He junked all its principles and re-branded the right. With one brief hiatus, Social Credit then ran the province for almost 40 years.

The Conservatives and Liberals struggled as fringe parties until the Socreds under Bill Bennett gradually absorbed the old coalition. It was easy, really, because ideology had nothing to do with it.

Then, as Social Credit under Bill Vander Zalm was staggering to its grave like Boss Johnson's coalition in 1951, one of my colleagues at Capilano College took over the provincial Liberals. His name was Gordon Wilson.

Hijacking of the Liberals

One sunny morning in the late 1980s, I caught the ferry from Gibsons to Horseshoe Bay after teaching a class the night before at our Sechelt campus. Gordon, who lived on the Sunshine Coast, was on the ferry too, and we chatted over coffee.

He told me how the party was reviving, with constituency organizations springing up everywhere. A lot of people were fed up with the Socreds, but not ready to swing over to the NDP. The Liberals were an attractive option; all the old Liberal hacks like Pat McGeer and Garde Gardom had long since defected to Bill Bennett's Socreds. So a new party was rising from the ashes.

Gordon knew he was onto something, he told me, because powerful people were already approaching him. They wanted to know what his price would be to step gracefully aside and let them take over the new Liberals. He smiled as he told me how he'd rejected their offer.

I humoured him. Like most of my colleagues, I considered him a good geography teacher and a tough advocate as the head of our faculty association. Leading a moribund political party was just Gordon's little hobby, like the pig farm he was running on the Sunshine Coast.

A couple of years later, my colleague the pig farmer was the leader of the opposition against Mike Harcourt's NDP government. Like the rest of the province, I was gobsmacked: How had this guy, this unknown college teacher, finished off a great political regime?

It didn't matter. In 1993, Wilson's personal life imploded. Gordon Campbell used that to lead the hijacking of the Liberal Party. Campbell was so incompetent that he lost the 1996 election to Glen Clark, but spent the next four years cooking up the story that would enable him and his friends to plunder the province for a decade.

Now we speculate on the collapse of the latest coalition. The HST was a lie that Baron Munchausen would have admired. Then Basi and Virk pleaded guilty and got off with less than a slap on the wrist. The coalition never did give a damn about British Columbians, and that attitude is clearer than ever.

The coalition has always flown flags of convenience: Social Credit, Liberal, whatever. It abandoned Vander Zalm and the feckless Rita Johnson, and took over Gordon Wilson's new party.

The coalition crowd will now ditch Campbell and his sinking ship and hijack the BC Conservatives, or improvise some other organization. Their front will be some moderately well-known outsider -- a mayor, or a disaffected MP, some stooge who's not too closely associated with Campbell's crowd.

The coalition crowd will move on to seats on boards of directors, or appointments to useful agencies, or to positions in the new party. Nothing will change. They will gain wealth beyond the dreams of Somali pirates. As long as the crowd gets richer, and keeps the NDP out of power, B.C. will remain as it has been since 1945.