The National Rifle Association (NRA) has long been speaking of its members as "patriots," which is another way of saying that those who believe in gun control of any kind are some kind of traitors, and not truly American. It is dreadful rhetoric, of course. When the registration portion of the Canadian Firearms Act was implemented in 2001, they declared that Canada was no longer free, and took it upon themselves to teach us the American way of being Canadian patriots. 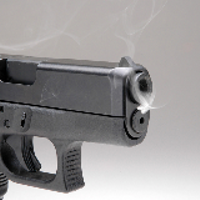 Shockingly, the slogans and arguments of the NRA are getting increasingly popular among gun owners throughout Canada. If the motion on September 22 manages to stop Bill C-391 and save the long gun registry, the government needs to stop working against police chiefs and the RCMP and help them to send out a single, strong message. The registry is cheap, fair and can save lives.

We should not blame gun owners for buying into the NRA propaganda. It comes loud and clear, while the goodness of the registry, in the face of all the polemic, may appear to be doubtful, to say the least. It is unsurprising that many gun owners speak in such strong terms against it. They feel forced to surrender part of their freedom without being given any strong evidence that the registry is in turn effectively working to reduce firearm deaths.

Meanwhile, proponents of the registry are having a hard time providing hard proof of its success, since the effect of the registry seems to be too small, for now, to clearly show up in statistics.

An adequate understanding of the purpose of the registry is necessary to reveal its long term potential.

A 2008 B.C. government report pointed out that illegal firearms often enter the country by being purchased legally by gun dealers, who then sell them illegally. With the long gun registry in place, dealers can be charged for possession of unregistered guns. If they choose to register the guns, they can be held accountable for missing guns, or seized guns that are traced back to them. If the registry is scrapped, these dealers cannot be stopped.

According to the RCMP report released in August, roughly half of the seized firearms since 2008, country-wide, are registered. It appears that the registry is starting to cover a large percentage of the total number of firearms.

It is sometimes argued that we do not need a gun registry, since there is already a requirement to have a license to purchase and own guns. In 2000, the Supreme Court of Canada emphasized the importance of registration, in addition to licensing: "The combination of the two parts of the scheme is intended to ensure that when a firearm is transferred from one person to another, the recipient is licensed… If a gun is found in the possession of an unlicensed person, the registration system permits the government to determine where the gun originated… If someone is found guilty of a crime involving violence, or is prohibited from possessing a weapon, the registration scheme is expected to assist the police in determining whether the offender actually owns any guns and in confiscating them."

The registry is cheap. Stephen Harper has been repeating that the registry is a $1-billion waste, but according to the RCMP report, this was the cost of the whole Canadian Firearms Program between 1995 and 2007, not the cost of the long gun registry. Eliminating the long gun registry today would save the country less than $3 million per year. And long gun control is important, despite the myth that states that long guns are not used in crimes. According to the RCMP, long guns are used in approximately one third of all homicides.

If the registry can encourage responsible gun owning and discourage some popular forms of gun trafficking, it can save lives. At a cost of less than a quarter per person to each Canadian, every other year, it does not have to save many lives to be worth it.

It is then fair to ask of each Canadian to make that small contribution, and to ask of each gun owner to accept a small inconvenience that makes it possible for everyone to be a bit safer.

The responsible and law-abiding citizen should gladly volunteer to add his or her guns to the registry.