[Editor's note: "B.C.'s labour movement and leading environmental organizations are coming together to find solutions to create green jobs and build a green economy in B.C.," declares the announcement for tonight's "Jobs, Justice, Climate" event at the Hyatt Regency Hotel in Vancouver. The 7 p.m. event includes a keynote speech by David Foster, executive director of the BlueGreen Alliance, the powerful coalition of environmental and labour groups launched by the United Steelworkers and the Sierra Club that is pressing to expand the number and quality of jobs in the green economy in the U.S. Foster, a former top Steelworkers official, sent this commentary ahead to The Tyee to give a taste of what he'll be speaking about this evening.] 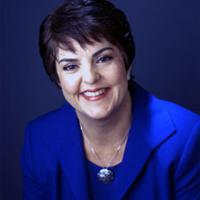 As I travel to the Jobs, Justice, Climate Conference, I am struck by the energy and commitment of both the labour and environmental movements in North America to move our world to a cleaner energy future, that will address the threat of climate change and create millions of good, green jobs. I'm also struck by the inertia of our political systems.

We saw many examples of that energy and commitment on "The Job's Not Done" Tour that the BlueGreen Alliance launched on Aug. 16 in Carson, California. The tour ended in Detroit's Labor Day parade with the United Autoworkers and travelled to a total of 17 states -- stopping in more than 30 cities along the way -- to spread the message that the U.S. Senate must pass comprehensive clean energy and climate change legislation to preserve and create millions of jobs in America, to protect the environment and to reduce our dependence on foreign oil.

Our tour wrapped up this week in Detroit, Michigan just as Americans heard that the U.S. economy shed another 54,000 jobs in August. With unemployment at 13.1 per cent, the second highest state unemployment rate in the nation, Michigan was a fitting place to end this tour. One of the reasons we are experiencing a jobless recovery is that America's largest corporations are holding onto their cash instead of investing in new technology. That's precisely the transformative capital that we need to create the clean energy economy and put millions of Americans back to work.

Union members from all walks of life travelled on the bus -- from a refinery worker in California to a worker in the clean energy economy developing solar technology in Ohio -- but they all came together with common purpose and resolve with a simple message that clean energy will create good jobs, and that the Senate's job was not done until they passed a comprehensive clean energy and climate change bill.

Carol Vetter is a 44-year union member and president of United Steelworkers Local 850 in Kewaskum, Wisconsin. She makes what she calls "the finest-quality union-made cookware in America." She has seen her local -- which once had 3,000 members -- dwindle to about 250. She rode the bus for a week -- from Pittsburgh, Pennsylvania, through Richmond, Virginia -- stopping every few hours to speak out for what she says is a "no brainer": creating good, clean energy manufacturing jobs across America.

Lindsay Patterson is the president of USW Local 404 out of Philadelphia. He makes steel tubing, which is used as an electrical conduit in many products, including wind and solar power installations. Lindsay rode the bus because he believes that comprehensive clean energy and climate change legislation will drive demand for his product -- American-made, steel tubing -- at a time when his company is struggling to compete with China's unfair trade practices.

A bottled up better future

Unfortunately, after the U.S. House passed landmark legislation to address our economic, environmental and energy challenges last year, the Senate remains hopelessly stalled -- mired in election-year partisan politics. As the election draws near, it is important that American voters are reminded that more than 15 months ago, common-sense, job-creating policies were passed by the House and then blocked by Republican Senators.

Had similar legislation been passed in the summer of 2009 by the Senate, the American economy would be on the move, companies would be investing in clean energy technologies, and millions of our neighbors would already be back at work. And we would have begun mitigating America's part in global climate change.

Clean energy has the potential to transform North America and revitalize the hard-hit manufacturing and construction sectors. It will create good jobs that have benefits and will support families. It will reduce our dependence on fossil fuels and the dangerous emissions that come from burning them.

But clean energy can't break the inertia in our political systems. That is only something that an aroused citizenry can accomplish. The Jobs, Justice, and Climate Conference, like "The Job's Not Done Tour," can link the solutions to our economic and environmental problems by engaging the passion of the labor and environmental movements. I hope to see you there tonight in Vancouver, British Columbia.

Want to attend the Jobs, Justice, Climate Conference event Friday, September 10? It's open to the public free of charge but seats are limited. Find out more here.