Erik Andersen is a former Transport Canada economist with a long and interesting pedigree of examining the affairs of business and government. He has done a report for The Common Sense Canadian -- I am a co-founder and regular contributor -- on the state of BC Hydro. 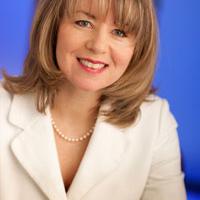 The picture he paints is of a once rock solid Crown corporation placed on the road to fiscal ruin by the Campbell government.

Andersen was asked to examine BC Hydro's fiscal situation, especially in light of the contracts they have been forced by the Campbell government to enter with Independent Power Producers (IPPs).

Andersen's report, entitled "Sinister Financial Vectors at BC Hydro," examines a number of "vectors" which "give information and direction and the magnitude of a changing position."

Five such vectors, concludes Andersen, indicate the financial position of BC Hydro is headed dangerously downward. Those vectors are:

Operating net income: "In the four year period (beginning with fiscal year 2007) there has been a $628 million reversal of net operating income."

Ratio of debt-to-equity: "A ratio of 100/0 can be evidence of insolvency. At BC Hydro this ratio had traditionally hovered around the 70/30 mark. The 2009 Annual report showed a remarkable change to 81/19. After calling upon the 'regulatory account' for the 2010 year the debt-to-equity ratio is now presented as 80/20. If the 'regulatory account' transfers were stripped from the BC Hydro financial statements, the ratios for 2009 and 2010 respectively would be 87/13 and 89/11."

Productivity (a measure of whether shareholders are getting value for money): "In fiscal 2007 about $236,000 of capital was used to produce one GWh. By 2010 it took 38 per cent more capital to get the same quantity of energy for domestic customers. By this evidence it looks as though the system is becoming less efficient. Liabilities also mirrored this vector."

New and expensive contractual obligations associated with the call for power from Independent Power Producers (IPPs): "The 2010 Annual Report BC Hydro states that 'During fiscal 2010, IPPs provided 8,893 GWhs of energy to the BC Hydro system, which accounted for about 16 per cent of total domestic electricity requirements.' A Dec. 2009 report from Price WaterhouseCoopers projects that existing and potential IPP projects will deliver 35,470 GWhs by 2020. The estimated total capital deployed would be $26.144 billion. That translates into $737,074 of new capital to produce one GWh or 126 per cent greater than the already elevated 2010 level. Amazing!"

Andersen's conclusion? "As the evidence of need for more electricity is not apparent, the aggressive borrowing/investing/contracting with IPPs is clearly wrong."

In the same report Andersen describes, "BC Hydro borrowing/spending (on IPPs)" as "irresponsible of Hydro's Board and management as it has increased the risk of financial insolvency."

To rub it in even further, BC Hydro will no longer be able to pay its annual dividend of hundreds of millions to the B.C. government, money which went for schools, hospitals, etc.

There it is -- ruined rivers and their ecosystems for power we don't need and can't use. Power profits going to IPP-investor entities beyond B.C., including Warren Buffett and General Electric. And an iconic crown corporation, BC Hydro, hurtling towards bankruptcy, all thanks to Gordon Campbell and his hard right fiscal philosophy.

Just to be clear, Andersen is a "contributor" to The Common Sense Canadian along with about 25 others whose backgrounds vary as much as their politics, ranging from academics considered, at least by the Campbell government, as "left" to Conservative MP John Cummins and independent MLA Vicki Huntington. Andersen and other contributors to the site do not get any remuneration whatsoever.

The visionary Socred premier W.A.C. Bennett saw that if B.C., with a growing economy, was to compete and prosper, it must have reliable -- and cheap -- power. He knew that private companies would be concerned with profit only. (He created BC Ferries and BC Rail for the same reasons, both of which have been privatized by the Campbell government).

Bennett developed his "Two Rivers" policy, putting large dams on the Peace and Columbia Rivers. B.C., and especially those who lived in the areas affected, paid a huge environmental price but we got what he bargained for.

B.C. can be power-sufficient for years to come by exercising the conservation projects of BC Hydro, by upgrading existing generators, by placing generators on "flood control" dams and by taking back our power we now export under the Columbia River Treaty. The Campbell government has chosen to ignore these uncomfortable facts, one can only assume for ideological commitment to private power.

By all rules of decency the Campbell government must resign, having, as Andersen's vectors show, planted the seeds of destruction in the bowels of BC Hydro.