January saw 207 more British Columbians die due to toxic drugs, a toll of nearly seven people each day. This puts 2022 on a trajectory to become the third consecutive most fatal year on record.

Friday’s new report from the BC Coroners Service confirms January is the fourth consecutive month with over 200 deaths recorded. Last year, 2,232 people lost their lives due to toxic drugs, and 1,767 died in 2020.

Since a public health emergency was declared in April 2016, the per capita death rate for toxic drugs has grown two-and-a-half fold, reaching 47.2 per 100,000 people in January.

“The 207 people who died in January died needlessly because of the failure of an outdated (prohibition) regime,” said Eris Nyx, co-founder of the Drug User Liberation Front, in a Friday media event. “It’s colonial, it’s outdated, and it’s killing people.”

The January death toll comes on the heels of a report that found British Columbia’s government has not responded to the crisis with the urgency or scale of resources required to prevent deaths.

The death review panel, convened by the BC Coroners Service, examined 6,007 deaths between 2017 and 2021, and concluded the increasingly toxic and unpredictable street drug supply is at the root of rising deaths in B.C.

It urged the province to rapidly expand safe supply and to take urgent action akin to how it mobilized against COVID-19, calls echoed by DULF, the Vancouver Area Network of Drug Users and the Coalition of Peers Dismantling the Drug War on Friday.

“If we want to ensure we don’t lose another 2,000 community members in 2022, then we need to ensure we take some really courageous actions,” Chief Coroner Lisa Lapointe said Wednesday. “Thousands more lives are at risk.”

The impacts of increasing drug toxicity and unpredictability are clear in Friday’s report, particularly contamination with benzodiazepines. Benzodiazepines were present in 52 per cent of samples from January 2022, up from 15 per cent in July 2020.

In Fraser Health, 54 per cent of all decedents in January 2022 had benzodiazepines detected.

Benzodiazepines are a class of depressant typically used to treat anxiety. They depress the central nervous system and make it more likely someone will stop breathing during a drug poisoning when combined with opioids. They also do not respond to Naloxone, which is used to reverse opioid poisonings.

Extreme fentanyl concentration was detected in 23 per cent of deaths since November, compared to 13 per cent during the previous portion of the pandemic and eight per cent in the fourteen months before March 2020.

In its Wednesday report, the death review panel of experts from public health and drug policy said providing a range of safe supply options would be the only way to separate people from the toxic drug supply.

Chair Michael Egilson stressed that options must go beyond the current prescribed alternatives the province has touted as a key response, and include non-medical compassion club models as well. “We will not prescribe our way out of this crisis,” he said Wednesday. 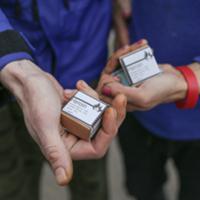 In Wednesday and Thursday remarks from the legislature, Minister of Mental Health and Addictions Sheila Malcolmson defended the province’s actions and said the panel’s calls for action within 90 days were unrealistic.

She said the government’s actions align with the recommendations but that safe supply required federal action. Malcolmson did not accept the report’s recommendations in full.

On Thursday, the premier said he would activate an all-party committee on toxic drugs that will receive its mandate until the end of March.

“This report confirms that the work underway by our government is crucial to saving lives and ending the toxic drug crisis and that more work is needed,” Malcolmson wrote in a Friday news release.

Drug user advocates expressed frustration at the escalating deaths amid what they called a “patchwork” of solutions five years since the NDP took government and six since it became a public health emergency.

“The government has had six full years to make the changes necessary to stop these deaths,” said BeeLee Lee, CPDDW President. “A new approach is desperately needed.”

In a Friday interview, Lapointe said the recommendations and timelines are realistic for the province to implement and informed by the panel’s expertise.

She said saving lives is possible, and with urgent actions and creative solutions to expand safe supply outlined in the report, 2022 does not have to be the third most-fatal year in a row for toxic drugs in B.C.

And B.C. has the means to take action without Ottawa, she added.

“We know that every day that significant change is not made, six or seven people are dying,” Lapointe said. “We need a response that is commensurate with the challenge.”