Organizers told The Tyee Moore was originally hired because they wanted their keynote speakers to present “both sides” of the debate around climate science.

“Just because someone has an opinion most of us don't agree with, they still have the right to have that opinion,” said John-Paul Ellson, CEO and registrar of the BC Institute of Agrologists, which regulates soil scientists.

“Without debate you'd never be able to move forward, and you can't have a debate if everyone agrees on everything.”

The BCIA and Applied Science Technologists and Technicians of BC joint-conference is scheduled for May 5.

The conference website had featured Moore as the keynote speaker, noting his work “to expose the misinformation and outright lies used to scare us and our children about the future of the Earth.”

But on Monday Ellson said the conference was cancelling Moore's speech because “material shown to us by his agency didn't provide the whole story.”

“When we got the full story we said it's not accurate,” added Ellson, who didn't elaborate further.

Ellson said booking a speaker like Moore would have encouraged debate, but in the end it was “not worth the attention — we'll get someone who isn't as controversial.”

Reached at his Vancouver Island home, Moore said he hadn’t been given any details on the reason for the cancellation.

But Moore said the cancellation sounded political, not scientific.

“Cancel culture is alive and well,” he said.

Moore declined to say how much he would have been paid for the speech.

But in 2020, Moore was scheduled to receive $10,000 for a speech at a Regina conference that was also cancelled.

Ellson said the conference would lose its deposit, which is about half of the total, after cancelling.

The provincial government has given the Applied Science Technologists and Technicians of BC and the BC Institute of Agrologists the power to license and regulate people who work in those fields.

He also said burning fossil fuels is necessary to “restore balance to the global carbon cycle.”

He added the information he gave his agency, including from his recently published book Fake Invisible Catastrophes and Threats of Doom, drew its conclusions from peer-reviewed research.

“People are always saying I'm incorrect but they're never saying exactly what it is that isn't true,” Moore said.

(A Tyee article fact-checked 10 claims made in Moore's book and was told by researchers he cited that he had misrepresented their findings.)

The conference's website didn't present Moore as a controversial figure or someone who disputes that CO2 emissions are creating a climate emergency.

Instead it said he was a “leader of the international environmental movement for more than 50 years,” listed him as a former leader of Greenpeace and said he “reveals the myths and misinformation that distort current environmental debates.” 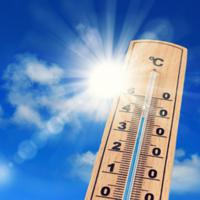 The Tyee contacted Moore's agency, the National Speakers Bureau, for comment but did not hear back by publication time.

The BCIA has around 1,800 members and is the regulator of soil scientists, Ellson said. Agrologists are hired to help reclaim, restore and remediate soil. They can also be found replanting native grasses in an area after a wildfire.

The ASTTBC regulates about 10,000 applied science and engineering technology professionals in B.C. and the Yukon.

When asked if Moore would meet those standards, Ellson said he has "no idea,” because Moore is not part of his institute.

But conferences bring in unrelated speakers all the time, he added, like athletes or motivational speakers.