A new survey of Canadian scientists, journalists and members of the public on the media’s coverage of climate change shows the three groups have much in common when it comes to their beliefs about the causes and impacts of climate change.

But they diverge on how the media should do the important job of translating the latest climate science for a public audience, says survey co-principal investigator Sean Holman, who’s also the Wayne Crookes professor of environmental and climate journalism at the University of Victoria.

“What interested me was just how much scientists want to be included in climate change coverage and want to communicate more directly with the public about climate change,” said Holman, a former journalist who’s written extensively on how the Canadian media covers climate change, including for The Tyee.

Between Oct. 8 and Nov. 3, 143 scientists, 148 journalists and 1,006 members of the public took part in the survey. Over two-thirds of the scientists were men, while just over half of journalists identified as women. The public was a near even split between those two genders.

The results show that more than two-thirds of both journalists and scientists disagreed that Canadian media provides voters enough information about climate change to make an informed choice at the ballot box. Nearly half of the public felt the same way.

Nearly three-quarters of both the scientists and journalists agreed that part of the problem with news coverage is that there isn’t enough on climate change and called for it to increase to about one-third of all news stories. Both groups estimated that current coverage amounts to 11 to 14 per cent of news stories.

But getting scientists to talk “on the record” with a journalist can prove tricky. Of the scientists surveyed, 41 per cent said the fear of being politicized or having their research incorrectly reported had a negative impact on their ability or desire to grant interviews.

Nearly 90 per cent of scientists supported the idea of augmenting coverage of climate change with media-hosted public forums where people could ask scientists questions about climate change directly and in real time.

Eighty per cent of journalists supported the idea, while 82 per cent said that newsrooms should consult climate scientists in climate change coverage editorial decisions.

However, only one-fifth of journalists surveyed agreed that scientists should be able to read a media story that features their research or quotes before publication, a move widely seen in media as sacrificing journalistic independence.

Nearly 80 per cent of the scientists were in favour of this move, with one scientist calling for an end to editing researchers’ remarks in all news coverage.

Holman says the survey is a sign that media and scientists need to have conversations outside of news interviews on how media should cover climate change, up to and including the debate over whether it should be called a climate “crisis” or “emergency.” 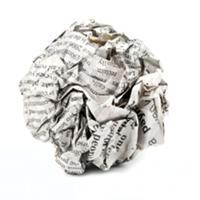 “There’s an enormous amount that scientists and journalists can be learning from one another, and I think that’s one of the most important things to come out of the survey,” Holman said.

Both communities are highly educated, value fact-based information and agree more often than not in terms of climate change causes, impacts and importance, he said. The survey shows both journalists and scientists are interested in working together, but it’s not happening yet.

“That’s the most exciting thing about this survey, is the opportunity to bring these two communities together that really agree on a lot of things but might not be aware of what they agree about,” he said.

“When we think about why the public is not as aligned as those two groups, what we do see is a lot of evidence denialism among some members of the public,” Holman said, which has also impacted beliefs regarding COVID-19 infections and vaccines, for example, as well as human-caused climate change.

“We have principally seen that as a motivating issue on the conservative-side of the political spectrum.”

Nevertheless, Holman points to a recent Environics survey that showed 74 per cent of Canadians trusted scientists when it came to climate change, compared to 40 per cent who trusted the federal government and 32 per cent who trust journalists.

Today’s report is a preliminary look at the survey data, with a more comprehensive breakdown of the survey results expected sometime in January. Holman said the group plans to take the survey international in the coming years, as well as conducting another survey on media coverage of biodiversity loss.