The pandemic has entered its fourth wave in British Columbia as the province reported 342 new cases of COVID-19 on Wednesday, half of them in the Interior Health region.

It’s the highest daily count of new cases in more than three months. The seven-day rolling average for new cases has nearly tripled in the last week.

Hospitalizations, which lag new cases by one or two weeks, remain low, but rose to 55 on Wednesday, with 23 people in critical care. No new deaths were reported.

Driven by the highly-transmissible Delta variant, now dominant in B.C., the new surge is what epidemiologists said the province would have been able to avoid by waiting to reopen.

In early July, the independent BC COVID-19 Modelling Group reported that the province’s widespread reopening before the majority of eligible people were fully vaccinated left the “future trajectory of Delta wide open.”

“You have this one that’s really speedy and chomping at the bit, and we’ve just opened the gates,” group member Sarah Otto, a professor at the University of British Columbia, told Postmedia in July. “That’s what worried us: What’s going to happen with Delta in the future?”

Now, with the province largely reopened and cases surging among those with only one or no vaccinations, the group reports the pandemic is entering yet another concerning stage.

“There are signs that we may be entering a rapid growth phase, and case numbers need to be watched carefully,” reads a July 28 report from the group of epidemiologists and mathematical modelling experts and data scientists.

Currently, 81.5 per cent of eligible British Columbians are vaccinated, with 67.9 per cent having received both doses. Children under 12 are not eligible for vaccination as clinical trials on their age cohorts are expected to report back in the fall.

It takes two weeks after the second dose to mount the most robust immune response, and studies have shown a second dose is essential to prevent both infection and disease from the Delta variant. 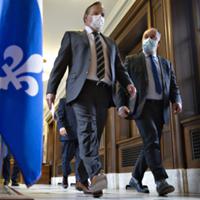 Canada Is One Big Pandemic Response Experiment. It Proves ‘Zero COVID’ Is Best

Unvaccinated people accounted for about 78 per cent of COVID-19 cases in B.C. between June 15 and July 15, despite representing only 19.6 per cent of the eligible population.

On Tuesday, provincial health officer Dr. Bonnie Henry told Global BC that 97 per cent of those infected in the Central Okanagan region, where an outbreak was declared last week, were not vaccinated.

The outbreak saw the return of restrictions like mandatory masking and advising against travellers who are not fully vaccinated, measures that could soon return to the rest of B.C. if the current trend continues.

The province is currently in a blitz to vaccinate the more than 900,000 British Columbians who are eligible but not yet vaccinated, including opening up all clinics for walk-in first and second doses today.

It’s an effort aimed at the Interior and northern regions, where vaccination rates have lagged behind the Lower Mainland and Vancouver Island. 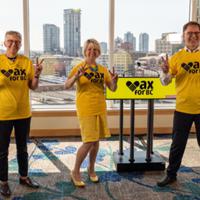 BC Steps Up Measures to Increase Vaccinations

But last week, Henry told The Tyee the Okanagan outbreak was not a sign that restrictions had been lifted too soon. Henry said reopening could continue because vaccines provided community protection.

In the modelling group’s most recent report, they cautioned that while vaccinated people are about 10 times less likely to transmit the virus, their increased likelihood of being asymptomatic makes infections harder to trace.

When The Tyee asked Wednesday about the next public briefing on COVID-19 in B.C. and whether in-person briefings will resume, a spokesperson for the Ministry of Health said there were currently none scheduled.

According to the province’s timeline laid out in May, the fourth stage of reopening, which requires low and stable case rates to see concerts and large events resume, could begin as early as Sept. 7.