In the decades that followed, the provincial government would continue to eat away at the reserve lands, with Indian agents deeming valuable real estate “anything but a suitable place for the Indians.”

Almost half a century later, the Sḵwx̱wú7mesh people proposed a solution to the division that the government created. The idea: to be formally united as one nation. It finally happened on July 23, 1923, and came to be known as Amalgamation Day.

Today, nearly another century later, Khelsilem, a councillor for the Squamish Nation, is revisiting the history, and has just published an account as part of the Coast Salish History Project.

Growing up, amalgamation had the air of a “legendary, almost mythic” event, he said in an interview. “Every Sḵwx̱wú7mesh family I knew talked about it.”

On the eve of this year’s commemoration, Khelsilem is going through court documents and the writings of his great-grandfather Andy Paull, who played a key role in the event, drafting proposals and acting as a translator. Paull was trained as a lawyer, but refused to be called to the bar because it would mean giving up his Indian status.

The creation of reserves at the time, based on villages, damaged a key part of Sḵwx̱wú7mesh culture, said Khelsilem.

In summer harvest months, families would live in communities around what’s now called English Bay, False Creek and Burrard Inlet. Come winter, they’d stay in communities in the Squamish Valley. But the federal government required Indian bands to maintain lists of membership, tying people to a single community. By the 1920s, their traditional way of life was in serious decline.

“It was a really difficult time, because we had less access to our hunting grounds, our gathering grounds… [we moved] from an assistance economy to a wage economy,” he said.

The Sḵwx̱wú7mesh were also affected by the settler demand for real estate.

Even with the reserve system, the B.C. government was displeased with the amount of land that had been set aside for Indigenous people, especially around growing cities. As early as 1901, the Sḵwx̱wú7mesh community of Sen̓áḵw on Vancouver’s False Creek, called the Kitsilano Indian Reserve, was being eyed by the government. Indian agent Frank Devlin said that this location was unsuitable for Sḵwx̱wú7mesh inhabitants “owing to the growth of Vancouver.”

In 1911, Canada would create a legal mechanism to legitimize displacement: an amendment to the Indian Act called the Oliver Act. It gave governments the ability to remove Indigenous people living on a reserve without consent if they were situated near a town of 8,000 people or more. Parliament was aware that the Oliver Act could breach treaty rights but approved it anyway.

In 1913, the B.C. government used it to force the sale of Sen̓áḵw for an unfair price. Residents were given two days to leave. The homes at Sen̓áḵw were burned afterwards.

Indian Affairs inspector W.E. Ditchburn concluded that it wouldn’t be long before other reserves followed suit. “These chiefs fully realize that they will eventually have to move off the reserves close to the cities and move up to the Squamish River, where they have plenty of reserves, and I am of the opinion that no difficulty would be met within the matter of getting them to surrender their present reserves, providing they get a good value for the land.”

Sḵwx̱wú7mesh leaders of reserves near the urbanizing inlet began preparing to sell. It led their people as a whole to expect large payouts, but there was controversy when they realized only reserves making sales would profit. Some Sḵwx̱wú7mesh people complained to Indian Affairs.

Not long after the Sen̓áḵw transaction came the idea for the amalgamation of the Sḵwx̱wú7mesh Indian Bands, their assets and governance. This was in step with the Indian Act, which had a section that allowed for amalgamation if electors within bands called for it.

This creative yet colonial solution was proof that the Sḵwx̱wú7mesh were “working with what they had to solve problems they didn’t create themselves,” said Khelsilem.

His great-grandfather Andy Paull, known as “the Indian who became a lawyer,” helped draft these early proposals.

In 1922 and 1923, amalgamation was discussed at six meetings. Support grew with each meeting, and the proposal was formalized with votes counted and a request to Indian Affairs. (Khelsilem notes the documentation exclusively features men, with no women mentioned.)

On July 23, 1923, Indian Affairs approved the amalgamation. The 16 Indian bands, with a combined population of 412 members, were united as one Squamish Nation.

From the petition, called the Prayer of Amalgamation: 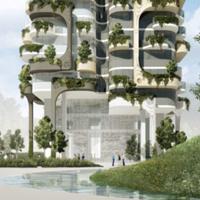 Explained: The Sen̓áḵw Plan that Could Add 6,000 Units to Kitsilano

… it was unanimously agreed by the members and Chiefs of the under mentioned reserves, that the amalgamation of the several is to the only solution for the good government of the tribe, which would have as an ultimate result the abolishment of ill feeling that has arisen in past transactions, and which we know will henceforth bring about a brotherly feeling among each and every member of the Squamish people.

Amalgamation set them apart from Indigenous peoples with many nations, such as the Stó:lō, said Khelsilem. Having one Squamish Nation versus what could’ve remained 16 individual governments reduces the number of politicians.

Today, the Squamish Nation has over 3,600 members.

The community of Sen̓áḵw, unfairly taken by the province and burned, was returned to the Squamish Nation in 2001. The nation is redeveloping the creekside land with 6,000 homes across 11 towers, described as the “the largest Indigenous development in North America” by the New York Times.

Looking back, Khelsilem says the story of amalgamation reveals the attitude of his people at the time.

“They weren’t just passively accepting what was happening to them. They were very active in driving the agenda to advance the community and its people.”