People are likely to take the pandemic less seriously once restrictions are lifted, according to surveys in the U.K. Researchers found that people tended to judge the severity of the pandemic based on the fact of lockdown itself — believing the threat must be severe if the government needed to impose such drastic measures. The severity of the government response had a bigger effect on people’s support for restrictive rules than their own personal level of risk. But while the surveys found that people generally supported lockdown, they also thought many of its side effects were unacceptable in a cost-benefit analysis.

Be open about side effects to increase vaccine acceptance

Open, honest communication about both the positive and potential negative effects of vaccines helps to foster trust in health authorities and increases the public’s acceptance of vaccines, according to a large study in the United States and Denmark. Researchers found that while openly talking about negative side effects initially reduced people’s willingness to be vaccinated, that reaction could be overcome by further discussions of the risks and benefits. But vague or reassuring communication that played down the negative aspects tended to lower acceptance of the vaccines, fuel conspiracy theories and reduce confidence in health authorities.

Proceedings of the National Academy of Sciences, July 2, 2021

Cause of vaccine-induced blood clots identified

Researchers at McMaster University in Hamilton have identified how the AstraZeneca and Johnson & Johnson COVID-19 vaccines can cause rare but potentially dangerous blood clots. The researchers found that the harmless adenovirus that is used to deliver the vaccine produces antibodies that attach to a type of blood cell called a platelet that is involved in clotting. The antibodies attach to the platelets in a unique and specific orientation, which allows them to align with other antibodies and platelets “in the precise formation that leads to a self-perpetuating vicious cycle of clotting events,” the researchers say. The findings will help scientists find better ways to diagnose, treat and possibly prevent the clots, and potentially make vaccines safer.

The Delta variant of SARS-CoV-2 is resistant to some of the lab-made antibody treatments for COVID-19, as well as the antibodies generated by infection or vaccination. A single dose of either the AstraZeneca or Pfizer-BioNTech vaccines offered poor protection against Delta — just 10 per cent of people were able to neutralize it after one dose. A second dose of either vaccine generated a neutralizing response in 95 per cent of people, but the antibodies were three-to-five times less potent against the Delta variant than the Alpha variant. In other words, most people still got some protection against Delta after their second shot, but it was not as strong as the protection against other variants.

Frequent, proactive, rapid testing of all students and staff is much more effective at preventing large outbreaks in schools than waiting for people to show symptoms and test positive, according to research from scientists at Simon Fraser University. The researchers used a computer model to show that in scenarios with high transmission rates, waiting to take preventive actions until after someone showed symptoms was too slow to prevent large outbreaks. Using rapid tests to screen the whole population and catch infections before symptoms developed led to preventing large outbreaks. Alberta and Saskatchewan have plans to use rapid testing in schools starting this fall.

Surges in hospital admissions for COVID-19 significantly increased mortality in the hardest hit U.S. hospitals. Researchers found that patients in hospitals experiencing the largest surges were twice as likely to die as those in hospitals not experiencing surges. The data shows that nearly 1 in every 4 deaths among the patients' studies — almost 6,000 in total — may be attributable to hospital strain due to COVID-19.

There were far lower rates of bullying at schools during the pandemic than in previous years, according to a survey of Canadian students in grades 4 to 12. The pronounced drop was seen across all forms of bullying — general, physical, verbal and social — except for cyber bullying, where the difference was less pronounced. The researchers say schools should consider retaining some of the educational reforms used to reduce the spread of COVID-19, such as reducing class sizes and increasing supervision, that may have also contributed to the fall in bullying.

Although COVID-19 affects men and women differently, the vast majority of clinical studies on the disease make no mention of sex or gender. An analysis of almost 4,500 studies found that just four per cent explicitly plan to address sex and gender in their analysis. Another 21 per cent only take the variable into account when selecting participants, and 5.4 per cent have sex-matched or representative subgroups and samples. The sex-based differences in COVID-19 — women are more likely to be infected, but men are more likely to be hospitalized and die — means that different kinds of treatments and interventions might be needed for each group. But that will be hard to determine if the research does not take the variable into account.

Pandemic reduced access to care for trans and non-binary people

Many transgender and non-binary people faced reduced access to gender-affirming care during the first months of the pandemic and this reduction was linked to poorer mental health, according to a survey carried out in 76 countries around the world. Nearly 40 per cent of respondents said the pandemic reduced their ability to live according to their gender. People had to cancel gender-affirming surgeries that were considered elective, or had to move in with unsupportive relatives and spend more time living according to their sex assigned at birth instead of their actual gender. Those who reported reduced access to gender-affirming resources also had increased prevalence of depression, anxiety and suicidal thoughts. 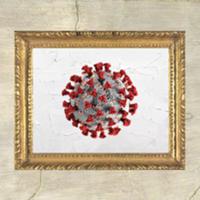 We’re Getting a Better Picture of the Lambda Variant

Fighting the virus, with the virus

A version of SARS-CoV-2 that has been engineered to be defective could be used as an antiviral treatment against the natural, disease-causing virus. Researchers created what is known as a “defective interfering” version of the virus, which is missing large sections of its genetic material so cannot cause disease. When monkey cells were infected with both the natural virus and the defective one, the defective virus hijacked the natural one’s replication machinery and the amount of natural virus in the cells fell by half in 24 hours. This suggests that synthetic defective versions of the virus could potentially be used as a drug to treat infections.