The Agricultural Land Commission has made a decision that lets Carrier Sekani Family Services build a treatment and healing centre on farmland in northern British Columbia.

“The ALC decision allows Carrier Sekani Family Services to move forward in realizing our long-term goals that include healing and treatment that will help address the ongoing opioid and mental health crises that are disproportionately affecting Indigenous people,” said Corrina Leween, family services board president and Chief of the Cheslatta Carrier Nation, in a statement today.

“We are very happy with the ALC decision to allow ‘non-farm use’ of the property for operations of the Carrier Sekani Family Services Addiction Recovery Program in the new facility,” she said.

In March, the agency criticized an earlier ALC decision it said blocked the proposal and called on Premier John Horgan’s government to step in. The BC Liberal opposition raised the matter in the legislature. 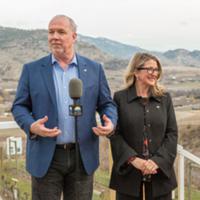 It had proposed a 2,733-square-metre facility that would have space for 60 treatment beds, plus a 400-square-metre parking lot. The centre will be on a 9.3-hectare lakefront property close to Vanderhoof that is in the Agricultural Land Reserve.

In a decision dated June 22, the ALC’s North Panel unanimously ruled against excluding the property from the ALR. 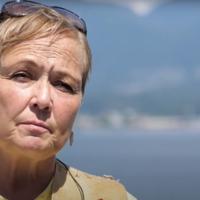 But it approved construction and operation of a new 2,323-square-metre facility and parking lot, as well as the conversion of the existing buildings.

The property is currently the site of Tachick Lake Resort and has an existing 185-square-metre lodge, 10 cabins and 33 campsites. The land commission says the resort predates the 1972 creation of the land reserve and was allowed as long as it remained in use.

An earlier ALC decision, overturned in the June reconsideration, would only have allowed the healing centre to use the existing buildings on the property.

Carrier Sekani Family Services says the approval comes with some conditions it can meet, “including parameters around boundary setbacks, construction guidelines, timelines and requisite communications regarding design and construction.”

It said the agency continues to raise the money needed to design the facility and begin construction.

“Although CSFS had asked for an exemption for the property from the ALR, this decision for non-farm use is well-received and the organization is pleased to continue planning for the healing and treatment centre,” it said.