Gas guzzlers and street parkers: Vancouver is coming for you.

The city government is forging ahead to become the greenest city on the planet, despite missing its initial goal of doing so by 2020.

The latest strategy to make transportation greener is introducing a bunch of fees for drivers. But it’s created concerns about whether rich residents will simply be able to dodge the costs, while more renters and blue-collar workers pay up.

A lot of the plans are well down the road.

A study on a toll for vehicles entering downtown has already been approved by city council.

Also in the works is a proposed charge for moderate-to-high polluting new vehicles, including gas-powered sedans, SUVs, sports cars and pickup trucks. It would annually cost between $500 and $1,000 per polluting vehicle made in 2023 or later. (There will be no charge for vehicles bought prior to 2023, electric cars and hybrids or special vehicles for people with disabilities.)

Another proposal targets parking. Local residents would be required to buy an annual permit, tentatively priced at $45, to park in their neighbourhood overnight between 10 p.m. and 7 a.m.

Visitors would be charged differently. Anyone whose car is parked in a neighbourhood where they don’t live would need to pay $3 as of 10:01 p.m., either via an app or by walking to a nearby pay station.

While the city’s intentions might be laudable — to encourage greener driving habits — not all motorists are equal, cautions urban planner Sandy James.

For example, the $45 a year for neighbourhood parking doesn’t seem like much, but James, managing director of non-profit Walk Metro Vancouver, questions who it would target and who would be able to dodge it.

“You’re going to penalize the people who are 10 in a family house in South Vancouver, versus a person in Point Grey with a three-car parking garage and a couple of pads in the back,” said James.

James says the plan seems to fly into the face of the city’s own goals to “minimize burdens for those already struggling” and accord “higher expectations on those who can afford it.”

Vancouver Coun. Lisa Dominato has echoed James’s points: renters with no choice but to park on the street will have to pay the permit fee, while owners of houses with large driveways would pay nothing. She doesn’t support the proposal.

Rather than a “parking permit,” James considers the proposal a “curb tax,” because it targets those who rely the most on street parking, rather than addressing the issue of parking as a whole.

The city is running a survey on the proposal until July 5. While there are questions about transportation and parking habits, it doesn’t ask why drivers may or may not be reliant on their vehicles.

The city plans to use revenue from these proposed policies towards its Climate Emergency Action Plan.

James worries about what she calls “latte urbanism” — well-intentioned policies made over coffee which don’t reflect how people in a city actually live.

She says that census data plainly reveal who Vancouver drivers are.

Car is still king in the city, with half of commuters driving or being driven to work, according to 2016 data. This is true in every part of the city, even in areas with rapid-transit stations, with the exception of the downtown and the walkable inner-city neighbourhood of Strathcona.

It may not be a surprise that the west side is so car-reliant, because residents tend to be wealthier with large properties on which to stash their vehicles.

As for the city’s east and south sectors — where residents have lower incomes than the average Vancouverite — they’re home to high percentages of blue-collar immigrant labourers and workers with long commutes to other parts of the region.

The most extreme example of this is the Killarney neighbourhood, where 68.9 per cent of workers commute by car, the city’s highest. Half of those commuters leave Vancouver for their places of work.

For the remainder of south Vancouverites who do work in the city, there’s another disadvantage: “Really big hills,” said James.

Vancouver’s largest employment centres are the downtown core and the Broadway medical corridor. Both of these are located in city’s north, which urbanized before the mid-20th century car boom.

The two centres have improved over the years, with the implementation of bikeways and the seawall. This means it is easier for residents there to walk or bike to work. There are also more public transit options.

For south Vancouverites, not only are they further away from these job centres, but they’re harder to get to. Aside from the challenging topography, the transit options are crowded.

There are some rapid rail stations in the south, but two of its major bus lines, on 41st and 49th Avenue, are the second- and third-busiest in the entire region. On Marine Drive, the edge of the city, the number 100 bus, servicing the growing River District community, has been flagged by TransLink for overcrowding.

The census data also show that Vancouver’s east and south sectors are home to neighbourhoods with the highest percentages of seniors, multigenerational households and single parents with children, who likely rely on cars.

James worries about $45 a year for street parking being just the beginning. West End residents had been paying $78 a year for a street parking permit, but it was boosted to $360 in 2017 and is now at $401. However, low-income residents can apply for a discounted rate of $91 a year.

Werner Antweiler, professor of environmental economics at the University of British Columbia, says the new citywide parking proposal is a step in the right direction, though economists usually prefer a more targeted approach, such as what was done with the West End.

“‘Free parking’ is never free to society,” he said. “The ideal parking policy is one that is sensitive to the time of day, sensitive to location. It’s the market logic of looking at the local price of a parking space, where price reflects the local scarcity.”

With clear rules in place, Antweiler hopes it will eliminate the “menace” of the hunt for free parking. “People circling around and cruising adds to emissions and leads to congestion,” he said.

However, Antweiler is worried about the lack of charging infrastructure for people relying on curbside parking, as well as residents of buildings who may have a parking spot but rely on the mercy of a landlord or strata council to get a charger installed. 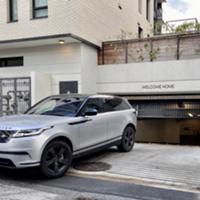 It’s a Green City — Except for All the Parking

Antweiler says that Vancouver’s land use is partly to blame for enabling its attachment to cars.

“You have to let the zoning follow the infrastructure,” he said, pointing to the city being an “odd mixture” of houses and towers, even by rapid rail stations. In bigger cities, they would have more density.

“The European model is pretty homogenous with buildings that are typically four, five, six storeys. You have a much more consistent neighbourhood. You expose people to a denser urban experience. You don’t need to own a car. You’re close to shopping, to transit. Vancouver’s a bit behind, and it’s going to be hard to change.”

This odd mixture is exactly why planner James worries about those who don’t have urban convenience being left behind.

“How do you make this equitable for everybody?” she said. “I don’t think it’s equitable to shift workers and others relying on their vehicles. If you want to call this a Climate Emergency Action Plan, then you’ve got to address everyone on the west side who can park their vehicles in garages and [on] pads.”

To take the City of Vancouver’s survey on these new charges for drivers, click here. Ends July 5.