The sky is falling on the Green Party of Canada, and the remaining two members of the party’s parliamentary caucus are advancing an unprecedented proposition to bring the party back.

The only remaining Green MPs in Parliament, Elizabeth May and Paul Manly, are asking leader Annamie Paul to spearhead an attempt to do something never before done in Canadian politics: convince the political changeling from New Brunswick, Jenica Atwin, to abandon the Liberals and rejoin her Green compatriots. Her decision to leave the party over the Israel-Palestine issue has shaken the party to its roots.

Former Green party leader May, a supporter of Paul as her successor, told The Tyee, “I keep playing it over again in my mind. What should we have done to support Jenica as a Green MP? I am hoping against hope that she might come back to the Greens. The only way to make something impossible happen is to do something impossible first.”

“No political party has ever been loving to a defecting MP. The lessons from David Emerson to Belinda Stronach and Eve Adams and so many others, is that the rejected party members turn on the turn-coat. ‘Don’t let the door hit you on your way out.’ I hope that by doing something with no precedent in politics, saying to an MP who defected to another party — ‘We love you, please come back’ — maybe she will,” May told The Tyee.

Sources close to the situation told The Tyee that rookie leader Paul has rejected any analysis that concludes that she was responsible for Atwin’s decision to join the Liberals. Those sources say that Paul was convinced that Atwin was a threat to her leadership, and as the former parliamentary seatmate of former Liberal cabinet minister Jody Wilson-Raybould, had been whispering to the Grits for a long time about joining them.

Sources within the Green party told The Tyee that the grassroots of the party, especially younger voters, saw Atwin as the natural future leader of the party. As the sense grew that installing Paul as leader was a major mistake, Atwin was seen as the right choice as interim party leader.

One of the key issues that leader Paul has raised is that MP Atwin never gave her a chance to deal with the young MP’s issues before she decided to cross the floor. But The Tyee has learned that in a meeting on May 26, attended by several witnesses, Atwin tried desperately to get Paul to listen to her. 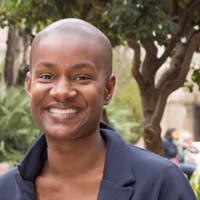 The New Brunswick MP asked for an active email that would work in her attempts to reach the leader. Multiple sources who were at that meeting have told The Tyee that Paul told Atwin that her email accounts received Atwin’s requests, but the leader chose not to answer them. Those same sources say that Atwin was in tears at the meeting. The Tyee reached out to Atwin to confirm those facts, but she did not respond.

Multiple sources in the Green party have told The Tyee that they face a daunting political decision. They say that they have information that the writ for the next federal election may be dropped in early August. If they should move to depose Paul before an impending federal election, there would be little time to choose a new, even an interim, leader.

But the alternative, according to sources close to the situation, would be to continue to support a leader who “has no friends” inside the party and has shown no interest in reaching out to other members of the party. On getting the job, Paul requested the pay rate of an elected MP and major funding for the Toronto riding in which she intends to run.

If the controversy over Paul continues to spiral downwards in the defection of Atwin, the party’s constitution allows for a review of her leadership, provided three-quarters of the National Council of the Green Party support that measure.