New homes in Vancouver will be built with zero-emissions heating and hot water systems starting Jan. 1 following a city council vote this week.

Council was considering delaying the zero-emissions requirement by one year to give the heating and plumbing industry additional time to adapt to the new bylaw, which was introduced in 2019.

“I’m really pleased and relieved about it,” says Boyle. “What’s clear to me after years of doing climate work is that climate delay is the same as climate denial. We’ve been losing slowly for too long, and we don’t have enough time to continue to take that approach.”

Boyle was an outspoken opponent of the one-year delay. Earlier in the week she told The Tyee a delay would punish businesses that had invested in Vancouver’s low-carbon transition and signal to the fossil fuel industry that the city was willing to cave on its climate goals “with a tiny bit of pressure.”

Over half — 1.38 million tonnes — of Vancouver’s total carbon pollution comes from natural gas use in buildings, according to the Climate Emergency Action Plan, followed by gas and diesel in vehicles at 39 per cent.

Targeting new builds is an important step in hitting those goals, because around 40 per cent of buildings existing today will have been replaced by 2050, the plan notes.

The overall goal is to avoid the worst impacts of climate change by keeping the planet from warming more than 1.5 C from its pre-industrial levels. To do that, humans need to radically reduce their carbon emissions, and many countries have pledged to hit net-zero emissions by 2050 under the Paris Agreement.

As most of B.C.’s electricity comes from hydro power, switching a building’s heat and hot water to an electrical system from natural gas will reduce its emissions by 90 per cent, the plan notes.

But it will add to costs, as the emergency plan notes hydro power is three times as expensive as fossil fuel power in the province.

Council was considering delaying the zero-emissions requirements after the Canadian Institute of Plumbing and Heating sent the city a letter calling for the delay. The non-profit association is made up of 270 companies across Canada who manufacture and distribute plumbing and heating products.

The letter raised concerns about the price of electricity compared to fossil fuels and advocated for the city to maintain its gas piping infrastructure.

In the future, alternative low-carbon fuel sources like renewable natural gas and hydrogen will be available, and it’s cheaper overall to keep using the infrastructure instead of phasing it out and then having to rebuild or repair it in the future, the letter says. 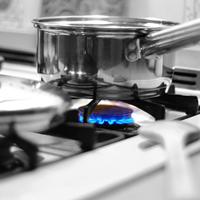 On Thursday, Boyle said some industries are trying to convince people that moving slowly during the climate crisis is OK.

“We don’t believe that. It’s not true. We don’t have the time for their delays or their excuses,” she says. “The messaging, the lobbying, the delays — they can’t get in the way. The politics can’t get in the way any longer. We’re in a crisis and we need to act like it. Vancouver’s vote yesterday reflected that we’re doing that.”

The vote was also celebrated by the Vancouver-based non-profit Stand.earth. In a statement, Stand.earth’s Safe Cities campaign director Logan McIntosh called the vote a “make-or-break” moment for the city.

“Council’s leadership sends a strong signal to the fossil fuel industry that Vancouver is serious about its climate goals,” she wrote.