While Metro Vancouver’s air quality is considered pretty good, about 800 people in the area still die prematurely every year due to air pollution.

Those numbers are crunched by Health Canada and cover deaths caused by cancer, heart attacks, bronchitis and more, says Roger Quan, Metro Vancouver’s director of air quality and climate change. Metro Vancouver is home to about half B.C.’s population, and the province sees about 1,600 related deaths each year, leading Quan to offer 800 as a reasonable estimate.

The good news is the regional authority has a plan to clean up air pollution and reduce preventable deaths. If successful, the plan will have the added benefit of saving around $1 billion in avoided health-care costs that would have otherwise been used to treat patients suffering from air pollution-associated illnesses over the next decade.

Metro Vancouver is asking everyone to read the Clean Air Plan or its summary and fill out the feedback form before June 15.

The plan’s goal is to cut regional greenhouse gas emissions by 45 per cent from 2010 levels by 2030, and to improve overall air quality and visibility for the region.

If the plan is fully implemented, over the next decade the region could cut total emissions of fine particulate matter by 200 tonnes, nitrogen oxides by 3,800 tonnes and volatile organic compounds by 3,000 tonnes. Those three pollutants have no known safe exposure levels for humans.

Cutting these pollutants will benefit all aspects of regional health, according to the Canadian Association of Physicians for the Environment.

“Improving air quality benefits health in more ways than you might think — beyond cardiovascular and lung disease, it even improves our mental health,” CAPE president-elect Dr. Melissa Lem said in an email, adding that “creating the infrastructure needed for increased active transportation cleans the air and provides the health co-benefits of increased exercise.”

The Clean Air Plan also aims to slash around seven million tonnes of regional greenhouse gas emissions, Quan says. That will put the region on track to hit net zero emissions by 2050 and follow the Intergovernmental Panel on Climate Change’s call to keep global warming from rising more than 1.5 C.

Missing that goal would lead to catastrophic impacts caused by climate change, including more wildfires.

Wildfires are a big part of B.C.’s air quality hazards. Quan points to four of the last six summers where wildfire smoke from fires outside of the region drifted into the area and stuck around, making up the “lion’s share” of local air quality advisories.

Metro Vancouver can’t prevent global warming-related wildfires from breaking out around the world, but it can do its part to improve local air quality outside of smoke season and to reduce its greenhouse gas emissions, which will slow down climate change, Quan says.

The regional authority is mandated by the province under the Environmental Management Act to regulate air quality and has a “significant reach” across the Lower Mainland to monitor and enforce air pollution and greenhouse gas emission, Quan says.

The Clean Air Plan tackles what it identifies as the region’s largest emitters: transportation, buildings, industry and agriculture, with 90 per cent of the plan’s 132 actions aimed at the first three industries.

Cars contribute 35 per cent of greenhouse gas emissions in the region, totalling over five million tonnes of CO2 emissions produced by 1.5 million passenger vehicles in 2019 alone, according to Metro Vancouver.

Within the decade, greenhouse gas emissions could be slashed by up to 1.4 million tonnes and harmful air pollutants could be reduced by up to 4,000 tonnes by improving regional transit, advocating for B.C. to hit its goal of selling only zero-emissions vehicles by 2030 instead of the current goal of 2040, and supporting innovation around zero emissions technology for medium-to-heavy-duty trucks, ships and trains.

The Vancouver Fraser Port Authority is the subject of many Clean Air Plan actions to reduce marine and shipping emissions. The port authority declined to comment specifically on the plan but said that as a signatory to the 2020 Northwest Ports Clean Air Strategy it is already aiming to cut its carbon emissions and hit a net-zero emissions goal by 2050.

In an email, the port says a lot of emissions related to shipping, such as the diesel engines that power most freighters, are outside of its control. It offers incentives to ships to reduce emissions by allowing them to plug into B.C.’s hydropower electrical grid and offers reduced harbour fees to ships powered by lower-emission fuel. Offering shore power connections at cruise and container terminals helped prevent 4,403 tonnes of greenhouse gas emissions and 101 tonnes of criteria air contaminants in 2019 alone, the port said.

Metro Vancouver’s 500,000-odd buildings ring in as the second largest emissions source, pumping out 26 per cent of the region’s greenhouse gases. This largely comes from burning natural gas for heat and hot water and could be dramatically reduced by actions like swapping out gas-burning boilers for heat pumps, retrofitting buildings to be more energy efficient, and banning wood burning to reduce fine particulate matter, the plan says.

By following the plan’s proposals, over the next decade Metro Vancouver’s buildings could collectively reduce their emissions by a total of 850,000 tonnes of greenhouse gas and 600 tonnes of health-harming pollutants.

The region’s 1,000 industrial facilities make products like cement and refine things like petroleum, which makes it a difficult sector to decarbonize, the plan notes.

But Quan says steps such as shifting industrial power sources from coal to renewables and phasing out global-warming-causing refrigerants could help reduce greenhouse gas emissions by 800,000 tonnes and airborne contaminants by 2,400 tonnes.

The bad news is that even if the Clean Air Plan’s 132 actions are successfully implemented, the region will only be able to reduce its emissions by 15 per cent, or a total of two million tonnes of greenhouse gasses by 2030, Quan says.

This frames the nature of the challenge, he says. There’s a lot of work to be done between now and 2030 to start bending the emissions curve downwards, and it’ll take a lot of collaboration between a lot of different groups, organizations and stakeholders to get there.

The Clean Air Plan has a lot of great elements, but overall it could use more accelerated timelines and ambition, says Tom Green, David Suzuki Foundation senior climate policy advisor.

Green says the plan should have tackled Metro Vancouver’s unhealthy habit of driving instead of bussing or biking, and pushed for mobility pricing, which could introduce fees for driving in certain regions or during certain times to reduce congestion and emissions.

When more people get out of cars and onto buses, bikes and sidewalks, everyone’s mental, physical and environmental health improves, he says. It’s important to remember, especially during a climate emergency, that it’s not just 1,600 people who die prematurely in B.C. annually due to air pollution, but also the countless others whose health is impacted and who have to live with that, he says.

CAPE’s Lem also thinks the plan could have gone further. 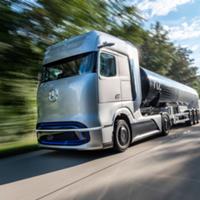 “It’s an excellent start,” she says, but CAPE would have preferred to see ambitious reductions more in line with the pollution Canada produces as a wealthy, high-emitting country.

But that’s not to say the plan won’t make a difference. Metro Vancouver’s first air pollution plan — started in the 1970s and adopted in 1994 — cut air pollutants by 38 per cent within a decade, with a per capita drop of 58 per cent, Quan says.

The next two plans in 2005 and 2011 didn’t track emissions, instead relying on public reporting of ambient air quality, Quan says. But, he adds, Metro Vancouver’s ambient air quality has gone up and regional emissions have gone down, except during the summer months due to smoke from wildfires.

Public feedback will help shape the final edition of the plan, which Metro Vancouver hopes to complete sometime before the end of the year.