Johnston was arrested in Calgary on the weekend for violating public health orders and faces hate speech charges in Ontario.

He was represented virtually in the northern B.C. courtroom Tuesday by Ian McCuaig. The Ontario-based lawyer said his client had been on the call but dropped off before his appearance.

“He was briefly in the waiting room and then had an urgent circumstance come up,” McCuaig told the court. “He’s hung up. If he’s needed, I can reconnect him.”

It’s unclear how the belligerent vlogger, who is known for making threats against public servants and promoting hate against racial minorities, would have represented himself during the brief court appearance.

In a video posted to Facebook, Johnston and several companions walked into Dave’s No Frills in Dawson Creek on March 25, apparently with the intension of challenging the store’s mask-wearing policy, which is required under B.C.’s pandemic health orders.

When employees asked the group to wear masks or leave the store, Johnston left $5 and walked out with a bar of soap.

An employee followed the group into the parking lot to collect their licence number, according to an RCMP statement.

The video shows the employee, who is being recorded at close range by Johnston, batting the phone away from his face. Johnston then lashes out at the man, his hand appearing to make contact with the employee’s head.

In the video, Johnston then proceeds to attempt a citizen’s arrest, insisting that RCMP — who have been called to the scene by the employee — charge the other man with assault.

“I made a legal citizen’s arrest. He’s in custody. You guys have to take him into custody now,” he insists as the officers place him in handcuffs. “I’m curious to know why it is, I’ve made a citizen’s arrest, I did it live on Instagram, and you’re arresting me.”

Police instead order Johnston into the police vehicle.

“Live on Instagram?” one of the officers replies. “Is that the new courts? Get in the truck, please.”

The incident occurred a day after Johnston filed papers to run for Calgary mayor.

His candidacy has raised questions around private voter information, such as home addresses, which is released to all candidates, after Johnston, a vocal opponent of pandemic health measures, publicly threatened to “harm” Alberta Health Services staff and release their personal information online.

Alberta Health Services was granted a restraining order against Johnston on Friday, which prevents him from contacting, recording or photographing its employees, visiting its sites for non-medical purposes or going to the homes of its employees.

Elections Calgary said last week that when council directs that a voter list be prepared, the city is required under the provincial Local Authorities Election Act to provide the list, which includes names and addresses of all registered voters, to any mayoral candidate who requests it.

That isn’t expected to happen until September. In the meantime, other candidates and current Mayor Naheed Nenshi, who isn’t seeking re-election, have suggested withholding the voter list from all candidates.

In an interview with CTV that Johnston recorded and posted to social media, he said that councillors who oppose releasing the information “can go straight to hell… they don’t have the power they think they do.”

This past weekend, Johnston was also arrested for attending several public gatherings that were illegal under Alberta’s public health orders. He returns to Alberta’s Court of Queen’s Bench on June 16 for a civil contempt hearing.

In Alberta, being in default of property taxes or convicted of an election-related offence disqualifies candidates from running for municipal office. Criminal charges do not.

Johnston also ran for mayor in Mississauga, Ontario, in 2018 while facing charges of promoting hatred toward the Muslim community. The charges were laid by Peel Regional Police in July 2017, who said they were related to Johnston’s social media activity.

An indictable offence under the Criminal Code, willfully promoting hatred carries a maximum prison sentence of two years. The case remains before the courts.

In 2019, Johnston was found guilty of defamation by Ontario’s Superior Court of Justice and ordered to pay $2.5 million in damages to an Ontario restaurant owner. A restraining order was also put in place following a 2017 demonstration outside one of the restaurants, which was followed by persistent social media attacks. 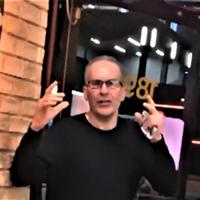 When Anti-Maskers Melt Down and Lash Out

“Motivated by ignorance and a reckless regard for acceptable norms, the Johnston defendants’ behaviour reflects a contempt for Canada’s judicial process, an abuse of the very freedoms this country affords them and a loathsome example of hate speech at its worst, targeting people solely because of their religion,” Justice Ferguson concluded.

“Left unchallenged, it poisons the integrity of our democracy.”

She added that Johnston intentionally evaded service of court documents, harassed counsel leading the libel case and was in breach of numerous court orders and missed court dates.

The date for Johnston’s two-day trial will be set on May 26 in Dawson Creek provincial court.