While B.C. has still not released race-based data concerning COVID-19, recent hotspots reveal that Vancouver’s high-transmission neighbourhoods are also those with the highest proportion of visible minorities.

Yesterday, Vancouver Coastal Health announced the new hotspots for the spread of the novel coronavirus and is offering anyone living within them age 30 or over the ability to book a vaccine.

None of this data surprises advocates, who have called for the collection of race-based COVID-19 data since the early months of the pandemic.

“Race and class, particularly at their intersection, have been documented to be a key factor in shaping differentiated rates of infection and also risk for COVID-19,” says John Paul Catungal, an assistant professor at the Institute for Gender, Race, Sexuality and Social Justice at the University of British Columbia.

He gave the example of Filipina women working in long-term care homes, made especially vulnerable because of how their race, class and gender position them in society. 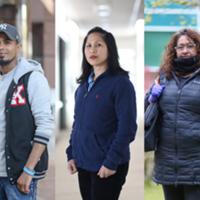 They are often the ones working to provide for their own multigenerational households, in addition to sending money to family members living overseas.

“In order to fulfil those responsibilities, they had to make do with the structure that shapes their jobs,” Catungal says.

Reluctance to have direct discussions about the structure of race is typical in Canada, he adds, where multiculturalism is frequently celebrated as part of the country’s identity.

But in light of ongoing anti-Asian racism that has increased during the pandemic, he says this approach only obscures the problem.

He knows there are worries that collecting race-based data might risk stigmatizing certain racialized populations, but he doesn’t believe this should be a reason to avoid doing it.

“We give meaning to those numbers; the numbers cannot speak for themselves.”

He says that the public needs to be given the chance to understand these structural factors, rather than the “individual things that individual people do.”

This is key, because it busts the myth that “we are all in this together and equally and the same, but we are not.” 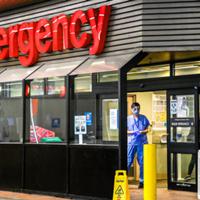 Catungal wants to see government officials explain more of these structural divides in their public health messaging and believes race-based data is key to shaping it.

While B.C. health authorities have occasionally lagged in putting out non-English messaging, many families and non-profits have stepped in to fill the gap. The C19 Response Coalition, which Catungal also works with, provides accessible COVID-19 information to communities “marginalized through race, language and income.”

Elsewhere on the data front, the B.C. government is currently facing backlash after a leak of pandemic data this week.

It showed that detailed information, such as COVID-19 cases and vaccination rates at a more granular level, is being collected but not released to the public.