The British Columbia government is rewriting some 70 different regulations across 15 ministries so that their language includes all gender identities.

“I think it’s an important step to address the outdated language that we have,” said Ravi Kahlon, the minister of jobs, economic recovery and innovation. “The language we bring to this conversation now compared to many years ago, the conversation has changed.”

In many cases sentences including "she" or "he" and other gender-specific pronouns will be rewritten so they are gender neutral.*

For the words “sister” and “brother” the regulations will now use “sibling” while “husband” and “wife” will become “spouse.” Instead of “aunt” or “uncle” they’ll use the descriptive “parent’s sibling.” There’s a “man made” that will now be “human made.”

All together, there are some 600 instances that are being rewritten through a cabinet order that will take effect today.

They include updates to dozens of regulations, including the Family Law Act Regulation, Employment Standards Regulation, Liquor Control and Licensing Regulation and the Wildlife Act General Regulation.

The government says that in total there are some 3,400 instances of gendered language in B.C.’s regulations and legislation. The changes the government is making this week are the start of a process to replace them.

“This is an opportunity for us to put our values into the regulations of government,” Kahlon said. “It’s a human rights piece. I’m actually pretty excited about it.” 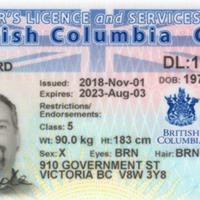 The issue came up in 2017 when Kahlon was leading the public engagement process that led to the re-establishment of the Office of the Human Rights Commissioner, he said. People want to be recognized and affirmed in who they are, and making sure the language in government documents doesn’t exclude people is a proactive way to do that.

“Some people may roll their eyes to this, but they shouldn’t,” said Kahlon, adding that anyone who has ever felt discrimination or seen themselves excluded will immediately understand why it’s important.

“These important updates signal that all folks across gender diversity are valued in our social fabric here in B.C. Being intentional with inclusive language is a form of welcoming and belonging, and a positive step toward uplifting gender-diverse experiences.”

*Story corrected on March 11 at 11:51 a.m. to edit erroneous information provided by the minister.