The NDP acknowledged the rise of “part-time, low-wage and precarious jobs” was transforming the nature of employment in its 2017 platform and promised to “ensure employment laws and standards match the realities of working today.”

The increasing number of workers in “gig jobs” that don’t provide the protections or rights granted to people in traditional employment isn’t a new phenomenon. StatsCan reported that between 2005 and 2016, the number of people in gig jobs increased from one million workers to 1.7 million — a jump from 5.5 per cent to 8.2 per cent of the labour force.

Gig work was also found to be most prevalent in B.C. during this time. And this was before gig economy giants such as Uber and Lyft were approved to operate in the Lower Mainland and Whistler.

The government has made some changes that could help precarious workers, including a 2019 change that ended the requirement that workers raise issues with their employer before filing a complaint with the Employment Standards Branch. But it wasn’t until the 2020 election campaign that the BC NDP explicitly promised to develop a “precarious work and gig economy strategy.”

The NDP government has taken a step toward action by creating a parliamentary secretary for the new economy role, with first-term MLA Adam Walker mandated to “work with labour and business organizations to develop a precarious work strategy that reflects modern workplaces’ diverse needs and unique situations.”

Walker’s mandate letter also says he should “propose employment standards targeted to precarious and gig economy workers, and investigate the feasibility of a government-backed collective benefit fund and access to a voluntary pooled-capital pension plan for workers who do not otherwise have coverage.”

Now over four months into the post, Walker said the government is working to establish a consultative body this year to engage with affected groups and discuss potential legislative changes.

“What we will be doing is working closely with industry and workers to determine what rules need to change and protect these workers’ rights,” said Walker.

“The specific timelines will really be determined by the engagement process…. Our concern is to make sure we do it right, but it will be done as soon as possible.”

Employees with rights, or contractors?

While work on the government’s response is still in the early days, it is not starting from scratch. Instead, workers, labour advocates and experts in B.C. and across Canada have long called for a number of common changes to address the complex situation.

The central issue in the gig economy debate is how workers are classified — as employees, covered by the Employment Standards Act, minimum wage laws and with the ability to unionize, or as self-employed contractors without those rights.

Companies have long emphasized the flexibility that comes with gig work and maintained that workers are independent contractors.

Workers and labour advocates disagree, saying workers are being misclassified and denied basic employment and labour protections. Groups that already face pressures in the workforce, like new immigrants and low-paid workers, are particularly affected.

Enda Brophy, an associate professor at Simon Fraser University, saw these concerns reflected in a recent study he did with his students about app-based food delivery work in Metro Vancouver. The research was supported by the BC Federation of Labour and United Food & Commercial Workers Local 1518.

“We confirmed what had been found in other places in the world, which is that the pay can be very low and that it is often unpredictable,” Brophy said.

“There is surveillance built in. The platforms really use a series of carrots and sticks to get workers to work more during periods when they’re busy. These are all activities that scream out that this is an employer, rather than somebody who is simply a mediator or a tech company.”

BC Federation of Labour president Laird Cronk said they erode the sustainability of social programs like the Canada Pension Plan and employment insurance, which rely on employer and employee contributions.

“As more and more of that takes place, governments, both federally and provincially, are losing significant revenue to social fabric programs,” Cronk said.

Walker has acknowledged the need to look at the issue.

Increasingly, workers are turning to labour boards and courts around the world to argue for employee status — for example in the United Kingdom and Italy — and winning.

In Canada, the Ontario Labour Relations Board handed down a historic ruling in February 2020.

It found that Foodora couriers in the Greater Toronto Area were dependent contractors, a hybrid category that means they are economically dependent on their employer. This decision affirmed their rights to unionize with the Canadian Union of Postal Workers.

But with Foodora’s abrupt exit from the country three months later, the Foodsters United campaign behind this fight has now been relaunched as Gig Workers United to support all app-based delivery workers in the Greater Toronto Area. Organizers are also setting their sights on broader reforms through legislative change.

“The Foodsters have broken many barriers to become the first app-based workers in Canada to form a union, but the fight doesn’t stop here,” said Jan Simpson, national president of CUPW, at a Feb. 25 press conference for the campaign relaunch.

“What gig workers need and deserve is provincial employment laws to stop the misclassification.”

Legislative change is also on the table in B.C., based on Walker’s mandate letter.

One approach is adding “dependent contractor” to the Employment Standards Act’s definition of employee and expanding the act’s coverage to these workers. Mark Thompson, a labour expert and professor emeritus at the University of British Columbia, has called for this since his review of the Employment Standards Act for the NDP government of Mike Harcourt back in 1994.

The term “dependent contractor” is already included in the B.C. Labour Relations Code, meaning they have the right to unionize.

Thompson said reform is critical to catch up to the rapidly changing work environment.

“This is like Wayne Gretzky’s hockey: go where the puck is going to be, not where it is,” he said. “We can see that the gig workers are going to be more important, why not do something?”

Another approach is to root out existing misclassification, as recommended in a 2018 consultation paper on the Employment Standards Act by the BC Law Institute.

The paper suggests “proactive enforcement focusing on industries and sectors where misclassification is known to be prevalent, coupled with a campaign of public education to raise awareness of the issue and better training for employment standards officers.”

Cronk says the Employment Standards Act’s existing test of whether someone is an employee is “sufficiently broad” to cover gig workers. He said part of the challenge is that many workers are not aware that they are being misclassified or feel like they don’t have the power to challenge their employer.

“If a business model doesn’t include providing workers with minimum standards under the Employment Standards Act, that is not a valid business model,” he said.

A major specific demand from workers and labour advocates across Canada has been paid sick leave.

Narada Kiondo, a bike courier for multiple food delivery apps in Toronto, noted at the Gig Workers United’s press conference that couriers often don’t get sick pay or access to washrooms during work. And with the COVID-19 pandemic, he said these barriers feel like “a major slap in the face” for couriers like him who are now deemed essential frontline workers.

“We found that there was a lot of bitterness and cynicism on the part of workers who felt like they were literally on the frontline to a potentially deadly virus and they receive little to no protection from the companies that they were working for,” he said.

In response, some companies started offering sick pay last year. But workers have also reported troubles accessing it and some policies may not go far enough.

Meanwhile, the federal government has stepped in with a temporary measure. Ottawa is currently offering the Canada Recovery Sickness Benefit, which provides $500 per week for up to four weeks for individuals — including those considered self-employed — who are unable to work due to being sick or having to avoid work due to high risks of COVID-19. This program is currently set to run until Sept. 25.

Walker said Labour Minister Harry Bains is still working with Ottawa to develop the framework for such a program, which is now an objective in Bains’s mandate letter following the 2020 election. Paid sick leave was also a topic of discussion at the recent federal, provincial and territorial labour ministers’ meeting on March 1.

In the meantime, UFCW 1518’s secretary treasurer Patrick Johnson said the labour movement should also explore alternative ways to facilitate access to benefits for workers. He noted that this is important especially as part-time work becomes increasingly prevalent, even in traditional workplaces. 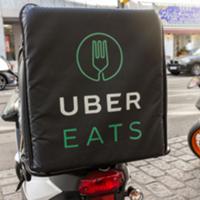 Food Delivery Work Is a Big Test for Unions in Canada

“Overwhelmingly, access to benefits is a question,” he said. “And so if employers aren’t going to do it, is there a way where we could help through some pooling of resources to get people into affordable access to health benefits?”

They stressed that any change would need to consider the fact that the gig economy is much bigger than ride-hailing and food delivery apps, covering a wide range of sectors from domestic workers to freelance writers to adjunct faculty members.

Given the scale, some said it wouldn’t be effective to attempt a one-size-fits-all approach. 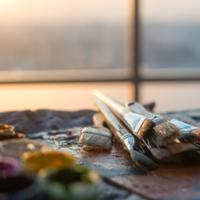 Canadian Artists Testify on the Dire Need for Basic Income

“It’s a very broad spectrum of work… and so things will adapt,” Walker acknowledged. “By being proactive as opposed to reacting through individual labour decisions or judicial bodies… I think we’ve got a better chance of ensuring that businesses continue to succeed, and the workers will also be well-represented.”

Johnson pointed out that the rise of gig work and low-wage work has gone hand in hand. A Bank of Canada report from 2019 agrees, noting that informal gig participation is more prevalent in places with weaker wage growth and higher unemployment rates.

He said this is why livable wages are needed — especially for traditional work.

“If there was less-precarious traditional work, then people wouldn’t necessarily need to look to platforms. That’s one thing that sometimes gets lost in the platform and gig work conversation,” Johnson said.

“You really can’t fix one without the other.”