At least nine new overdose prevention sites are coming to communities across B.C. as the province grapples with what is on track to be its deadliest year of illicit drug toxicity deaths.

The BC Coroners Service reported today that on average more than five people died each day in November for a total of 153 deaths in B.C.’s longest-running public health emergency.

To curb historical numbers of emergency calls and deaths due to overdose, the province announced $10.6 million in funding for the new overdose services in August. There are currently seven permanent sites in B.C., six of which are in Vancouver.

According to a statement from the Ministry of Mental Health and Addictions, there will be several new overdose prevention sites in Fraser Health, at least five more in Interior Health, two more in Northern Health and two more in Vancouver Coastal.

Island Health will focus on expanding inhalation services at existing sites, which other authorities said was a priority as well.

In October, Vancouver Coastal Health said a lack of inhalation services was putting people who use methamphetamine at heightened risk of overdose.

She declined to give a specific timeline but said the work to implement both interventions was happening at full-speed.

“COVID-19 has set us back with a dramatic spike in drug toxicity,” she said. “I am committed to building on our unrelenting response to the overdose crisis, finding new ways to separate people from the poisoned drug supply, building more treatment and recovery beds, and moving forward on decriminalization to reduce stigma.”

The increasingly toxic drug supply in B.C., exacerbated by pandemic-related disruptions to the supply chain, means even casual, one-time and infrequent drug users are at risk.

The presence of methamphetamine has also more than doubled from 14 per cent of deaths to 39 per cent in the same timeframe. 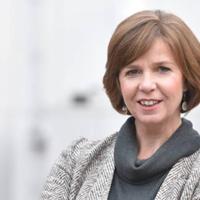 “The impacts of COVID-19 have been deadly for those experiencing problematic substance use,” said Chief Coroner Lisa Lapointe in a statement. “Ensuring access to critical harm reduction measures including naloxone, supervised consumption sites, overdose prevention sites and drug checking services are essential if we want to prevent future deaths."

She also urged a further expansion of safer supply initiatives. “Providing those with substance use disorder access to pharmaceutical alternatives will be of immense benefit to reduce the harms and suffering resulting from the ‘for-profit’ illicit drug market,” said Lapointe.

The Tyee has reached out to the health authorities for timelines on when the new sites will be operational.

But nine months into a pandemic whose public health measures sent overdoses to historical levels, advocates are demanding immediate action on both overdose prevention and safer supply.