As British Columbia struggles to bend the curve of COVID-19 sweeping through the province, the northern region is beginning to see its first significant rise in cases.

Over the past week, daily new cases in the Northern Health Authority have consistently reached above 20, hitting a new high of 35 on both Wednesday and today. That’s a marked difference from earlier in the year and even the first half of this month, when new cases sat around a handful a day.

Throughout the summer, new cases were notably sparse, with only one reported in July.

Across the province, numbers have continued to climb since restrictions were implemented for the Lower Mainland three weeks ago, hitting a new single-day high of 911 today. Nearly 300 people in B.C. are hospitalized with the disease, 69 of them in intensive care.

Of those patients needing critical care, 10 are in the Northern Health Authority, where communities expressed concern early in the pandemic that a surge in cases could overwhelm local health facilities.

As of last week, Northern Health reported 27 out of 64 total critical care beds were occupied, 16 of those at Prince George’s University Hospital of Northern B.C.

Harry S. Good is a Hazelton resident who spent last week in an induced coma as he battled COVID-19 in Prince George. He says staff at the hospital are run off their feet with the increase in cases, many working 12-hour shifts without time for breaks and meals.

“They do not have enough acute care,” says Good, who spent five days on life support. He is now recovering in a hospital isolation room and says staff have begun doubling up COVID-19 patients in shared rooms.

“I told them I wasn’t sick enough to take up that bed,” he says about the move from intensive care. “In ICU, basically when one person goes [out], they have one person going in.”

The percentage of people testing positive in the North is beginning to rival the Fraser Health Authority, which has seen the majority of B.C.’s new COVID-19 cases in recent weeks and has a positivity rate of about nine per cent.

(The positivity rate measures how many tests for COVID-19 come back positive compared to the total tests done. Provincial health officer Dr. Bonnie Henry has said a rate of above five per cent indicates concerning levels of transmission.)

Northern Health Authority’s positivity rate has a rolling seven-day average of about 8.5 per cent and reached a single-day high of 13 per cent earlier this week.

By comparison, Vancouver Coastal and Interior Health authorities’ positivity rate is about five per cent and Vancouver Island Health Authority is 1.5 per cent.

The North’s spike in numbers can only be partially attributed to an outbreak announced last week at LNG Canada’s processing facility, which is currently under construction in Kitimat. As of Friday, 43 employees had tested positive for COVID-19, an increase of two since Monday.

Of those, 34 cases remained active and 17 people were self-isolating at the project site, while others are in isolation in their home communities, the health authority said.

A data transfer error that affected new cases reported for Fraser Health Authority between Nov. 17 and 23 is being blamed for delays in updating more detailed COVID-19 reporting, such as a breakdown in cases by health service delivery area.

Without more detailed data, it’s impossible to know which areas in the North are seeing the highest increase in cases. However, school exposures reported in the North might give an indication: exposures grew from eight on Thursday to 13 on Friday and were all reported in the Interior and the northeast regions.

The Site C hydroelectric project, which is under construction in the northeast, is currently reporting four active cases on site and 27 people self-isolating in camp. The project has reported a total of 12 cases since the pandemic started.

From the start of the pandemic in March, northern communities have expressed concern about how an outbreak could affect remote and often under-resourced communities. Many fought to keep their borders closed, with remote Indigenous communities putting barricades and security in place to keep visitors away.

As the new cabinet was sworn in yesterday, some First Nations leaders renewed calls for the province to release details of COVID-19 infections near their communities. The letter is signed by Heiltsuk Nation Chief Coun. Marilyn Slett and Nuu-chah-nulth Tribal Council President Judith Sayers, who say they have support from a growing number of nations.

“As one of our communities is in the midst of an outbreak, this information becomes even more critical to Nuu-chah-nulth,” Sayers said in a news release Thursday. “We call on Premier Horgan to ensure his new ministers’ mandate letters include a strong commitment to sharing information and saving Indigenous lives.” 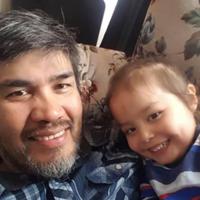 Since then, the number of cases reported on reserves in B.C. has more than doubled, growing from 103 in mid-September to 252 as of yesterday.

A week ago, provincial health orders for the Lower Mainland were expanded to the rest of the province, prohibiting gathering with anyone outside immediate households. Masks have also been mandated inside public spaces.

Good, who remains on supplemental oxygen, says his fight with the virus “could have gone either way” and he adds that the disease is not to be taken lightly.

“I was a pretty strong, pretty healthy person. I was able to work 12-hour days and do a whole bunch of stuff,” said Good, who expects to be released from hospital sometime next week.

“They said I’m moving forward a lot quicker than what they thought,” he says.