“We have a responsibility to publicize what happened,” wrote University of Northern British Columbia geography professor and department chair Catherine Nolin and UNBC adjunct professor Grahame Russell in an open letter to Springer Nature. Russell lives in Toronto and runs UNBC field courses in Guatemala with Nolin.

Nolin and Russell co-edited Canadian Mining in the Aftermath of Genocides in Guatemala: The Violence, Corruption, and Impunity of Contemporary Predatory Mineral Exploitation. Russell is also a founder and director of the advocacy group Rights Action.

The book had passed peer review and was ready last February for publication, but after several months delay Springer Nature notified them that after a legal review it had decided to cancel their contract and return the rights to the manuscript to them. It cited libel concerns.

“They didn’t engage in any sort of tweaks,” Russell said in a Zoom call. “We didn’t think it would be five months of silence and then shut the door.”

Headquartered in Europe, Springer Nature publishes thousands of titles a year according to its website, as well as journals including Nature.

“A major theme addressed in the articles, testimonies and analysis that comprise our book is the endemic corruption and impunity with which the mining companies addressed in the book have, variously, been able to operate in Guatemala, with their Guatemalan economic and political partners,” Nolin and Russell wrote in their letter.

“Instead of providing the public with more information about serious situations of mining company-linked human rights violations, forced evictions, repression, health and environmental harms in Guatemala, Springer Nature, we believe, made unsubstantiated accusations about our work being irredeemably defamatory.”

According to their letter, the publisher never provided details of what exactly in the book was of concern, nor gave them a chance to revise it. They suggested the publisher may have spiked the book due to corporate intimidation.

A spokesperson for Springer Nature said in an email that the editorial team had requested a legal review of Nolin and Russell’s book because they had concerns about the language and tone used throughout the text.

“In addition, it contained personal accusations, which were not substantially supported by facts and conclusive evidence,” she said.

After the review by an external lawyer, the publisher decided to cancel the contract rather than seek revisions.

“The tone and the overall approach increased the risk of adverse reaction and liability,” the spokesperson said. “Given that these risk factors were deeply engrained in the manuscript, possible revisions were deemed to be too fundamental to warrant editing.”

According to the table of contents posted with the open letter, the book includes sections involving Goldcorp, HudBay Minerals, Tahoe Resources and Radius Gold. It includes testimonials from and interviews with several people directly affected by the companies’ projects in Guatemala.

“We know what we have written is based on more than 15 years of working on these issues and working with people affected by these issues,” Nolin said over Zoom.

Canadian mining companies and their investors, including large public pension funds, have benefited from pursuing projects in places where people and communities are still recovering from genocide, she said.

During nearly four decades of civil war hundreds of villages were destroyed and some 200,000 people were killed or disappeared. Many more were displaced or left the country as refugees. According to the Commission for Historical Clarification, Guatemala’s truth commission, 83 per cent of the victims were Mayan and the state and related paramilitary forces were responsible for 93 per cent of the documented violations.

Canadian mining companies are going into a situation where corruption, impunity, violence and human rights violations remain common, Russell said. “They knowingly chose to go and do work in those conditions,” he said.

Many examples of wrongdoing are well documented, he said, including in 19,000 pages of documents released as part of the court cases against HudBay Minerals Inc. filed in Ontario.

“All the proof is seeping out of the cracks,” Russell said. “There’s very systemic issues at play. This is repetitive, systemic behaviour.”

In their letter, Nolin and Russell say the Canadian Association of University Teachers paid to have Canadian defamation and media law lawyer Peter Jacobsen review the manuscript. “Peter Jacobsen concluded that the manuscript did not contain a single instance of unsubstantiated, defamatory content that should prevent publication,” they wrote. “Other than a few minor tweaks of sentences, out of an abundance of caution, Mr. Jacobsen did not recommend any changes.”

Jacobsen responded to phone and email requests seeking confirmation of his opinion by writing, “I am sorry, I am not in a position to comment on this matter.”

Andrew Sluyter, a professor in the geography and anthropology department at Louisiana State University, is the chair of the editorial board for the series the book would have been part of. 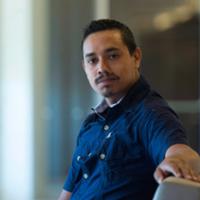 An Indigenous Protest that Reaches from Guatemala to Vancouver

He said the book was up to academic standards and he was “shocked” and “perplexed” that the publisher’s legal department had concerns. Despite asking, he said, “I’ve never been informed exactly what the issue was.”

Sluyter said he’s been involved with the publication of many books as an author, editor and peer reviewer. “This has never happened to anything else I’ve been involved in before,” he said.

He said he feels confident Nolin and Russell will find another publisher for their book.

Nolin said that while they’ve begun to seek another publisher, it’s frustrating that Springer Nature chose not to see the book into publication. “We need to stand up against corporate threats to getting this kind of work out there,” she said. “Instead they caved to that pressure, obviously.”