Neil Magnuson says he provides more than 200 people free high-potency cannabis edibles as an alternative to them using opioids. On Saturday, he says, Vancouver police raided his supply on wheels.

Magnuson, founder of the unlicensed Cannabis Substitution Project, started the project out of the Vancouver Area Network of Drug Users office more than three years ago.

Two years into Canada’s legal cannabis regime, dispensary raids have mostly fallen out of British Columbia’s headlines. So Magnuson was surprised when cops showed up where he’d parked his 40-year-old RV that serves as a temporary storefront after an eviction last month.

The police cleaned out most of his cannabis stock, worth thousands of dollars, he says.

At a time when researchers are only beginning to seriously look at cannabis as a way to prevent overdose deaths, the raid has underlined the uncertain legal future of several similar projects aiming to save lives.

Magnuson isn’t alone in suggesting the current legal weed market isn’t accessible to the high-risk drug users who would benefit from substitution. “It’s too expensive,” says University of British Columbia cannabis researcher MJ Milloy, “and there are other barriers, like not having an ID.”

Emboldened by a City of Vancouver motion last year that prioritized “low barrier access” to cannabis as a harm reduction measure, Magnuson opened a storefront on Cordova Street over the summer, offering $1 joints and $2.50 grams. In September he filed for an emergency federal exemption to sell and distribute in this way. But after a visit from licencing inspectors and a run-in with a judge, Magnuson’s Healing Wave business was evicted from the space in late October.

Milloy has written in support of Magnuson and similar harm reduction suppliers. His research team has interviewed thousands of Vancouver’s entrenched drug users, and has found that the ones who use cannabis in significant amounts are half as likely to use illicit opioids daily.

“To get through withdrawal takes some pretty strong edibles,” Magnuson said. “Not everybody, but most people need a high dose.”

‘I get out of an ugly loop’

Jeremy Klassen, a former Downtown Eastside resident, says cannabis has helped him stay off meth for all of 2020. He’ll be celebrating one year off the drug on Dec. 1.

Klassen says that cannabis helps fend off the obsessive thoughts that fuelled his substance use disorder. “Whether it’s trauma from my past, or new stuff I went through... I think about it and think about it, and it’s like a record skipping,” he said.

“Cannabis lets me lift the needle off the record. It takes it out of that groove... I get out of an ugly loop of obsession.”

Klassen considers himself lucky that he’s able to afford high-dose THC products on his own. “It’s very expensive,” he said. “If I wasn’t living with family, I couldn’t afford this type of sobriety that I have.” Meth, on the other hand, comes cheap around his former home on the 100 block of East Hastings, he says.

“We definitely prefer if someone can go to sleep using cannabis,” she said.

Blyth’s social enterprise High Hopes first started providing free cannabis to users in 2017, during B.C.’s non-enforcement period before legalization. “There was a grey area where you could operate in that way,” she recalled. “But now, because of legalization, there isn’t much of a grey area.”

Now that overdose deaths are reaching a new high in 2020, Blyth admits the process has taken a lot longer than she anticipated. The High Hopes enterprise was named in the City of Vancouver’s motion on low-barrier cannabis in 2019, but it’s still waiting to hear back on its latest round of paperwork.

“We’re not going to get arrested or get ourselves into any more trouble than we need to,” Blyth said.

‘It has to be done in an altruistic way’

Magnuson is a longtime associate of Cannabis Culture and Marc and Jodie Emery, who have built a long career out of getting in legal trouble in pursuit of cannabis causes. Magnuson is similarly unafraid of arrest, and is willing to take some of his operations underground if governments aren’t willing to work with him on a licence.

“We won’t have a store that looks like we’re selling cannabis,” he said of a possible second iteration of the Healing Wave. “We’ll have a back room or some kind of curtain where our other members can come.”

Figures like Jodie Emery and her Cannabis Culture colleagues have been largely locked out of Canada’s legal cannabis regime despite taking credit for helping build the industry. Magnuson sees his current struggle as an unfortunate part of the same push to get governments to act.

“They were supposed to find pathways for businesses to open and start providing low barrier access, and they didn’t do that,” Magnuson said.

The Tyee reached out to Coun. Rebecca Bligh, who put forward the low-barrier cannabis motion, but did not hear back by press time.

More than a year after that motion passed, the future of several cannabis harm reduction projects hang in the balance. There’s the unlicensed Blue Door dispensary that continues to serve the Downtown Eastside at low cost, and the Healing Tree, which offered sliding scale prices but has shut down its website while it pursues proper licencing. 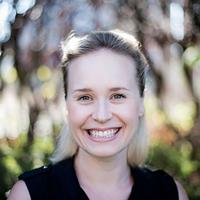 Cannabis Offers a Path away from Opioids, BC Studies Find

Milloy says he doesn’t see an “obvious place” for cannabis substitution in the current regulations, and adds that a research exemption isn’t an option. “That’s unfortunate,” he said. “Especially because we know there is preliminary evidence that it could be beneficial.”

Blyth says she’s concerned about opportunistic cannabis retailers who take up a lot of space at city council meetings that should put vulnerable users first.

“You see them use the [harm reduction] thing as a tool, when they have other things they’re trying to do. It doesn’t help the cause,” she said. “It has to be done in an altruistic way.”

When the police raided Magnuson’s RV, he wasn’t arrested, charged or fined, but officers threatened to impound his vehicle if he didn’t move it, he says. When he tried to complain at the police station and by phone, he says an officer told him, “You’re not going to get your weed back,” and hung up.

Hours after the police left, Magnuson says, his business was restocked and ready to resume distribution.