As Celia Brogan’s family celebrated their first Christmas after the birth of her son, she remembers being alone and in tears in her in-laws’ spare bedroom.

Brogan was trying to change six-month-old Finnegan’s diaper on the bed, struggling to stay upright through the pain in her stomach and lower back.

“I couldn’t change his diaper in one go because it hurt too much to lean over the table,” said the elementary teacher and librarian from her home in Vancouver.

Finnegan, now two-and-a-half, weighed 13 pounds when Brogan delivered him in July 2018. The pressure of the pregnancy against her abdominal wall caused a painful hernia as well as a stretching and separation of abdominal muscles and connective tissue known as diastasis recti.

There are no known factors that make people more prone to diastasis recti than others, but about 60 per cent of people experience it at some point during or after pregnancy. It can also be caused by excess weight around the abdomen.

It was too early to begin physiotherapy to try to deal with the damage, and so the strain of staying upright was all on her back. Brogan was in constant pain and had trouble caring for and bonding with her son.

“I couldn’t walk and cuddle him for more than 20 minutes,” said Brogan, 40, who also has a six-year-old daughter, Ophelia. “It would bring me to tears and it was so painful. That whole first six months I couldn’t carry him at all.”

Now, nearly two years since that difficult Christmas, a full return to Brogan’s life as an athlete and mother is still out of reach because the provincial medical services plan has denied coverage for surgery to repair the muscle separation.

Brogan is one of around 20 women denied the surgery every year, on the grounds that it is largely cosmetic.

But one expert says the government’s refusal shows a lack of respect for women’s pain and a poor understanding of how debilitating such an injury can be for postpartum women for years to come.

A diastasis recti repair is colloquially known as a “tummy tuck,” a term that Diane Lee, a Surrey-based physiotherapist who specializes in the abdominal wall, says doesn’t capture the necessity of the procedure for many women with bodies that don’t respond to physiotherapy.

Brogan has improved somewhat through physiotherapy, but the ultimate frisbee player still can’t return to the sport, in which she once represented Canada at the highest level.

“Tummy tuck derives thoughts of vanity,” said Lee, noting the muscle repair process leaves large flaps of skin, which then need to be removed and repaired for health reasons, leading to a slimmer abdomen. “But you can’t just have the muscles repaired and the skin not attended to. It would look horrific.”

Lee says the focus should be on the medical purpose of the procedure for those who need it, not the fact that there is an aesthetic side-effect.

“The evidence shows the abdominal wall is critical for functioning, for joint and back health, for mental health as well,” said Lee. “What hasn’t been studied is the difference surgery makes, because surgery isn’t covered anywhere in the world.”

In one of the few studies about women whose diastasis recti is not responsive to physiotherapy, 98 per cent of women had better abdominal function post-surgery, and 76 per cent performed and endured exercise tests better than before surgery.

“After surgery, their [quality of life] improved significantly, with scores similar to those of the normative Swedish female population in all subscales, and even higher in terms of bodily pain,” said the 2019 study of 60 women conducted by researchers at Karolinska University Hospital in Stockholm, Sweden.

Lee said varying levels of muscle separation can require surgery, depending on the individual, which makes it hard for women to advocate for the surgery. About 10 per cent of postpartum diastases recti don’t respond to other treatment, which is when surgery needs to be considered.

The decision shouldn’t just be based on a measurement of muscle separation, she said. “The focus has been on the wrong thing, when we need to have a broader understanding of how this impacts women, not just the distance of their separation.”

Since 2007, Lee has worked with nearly 200 women who she says would benefit from the surgery because their injuries are training-resistant even after months or years. She wrote letters to the province supporting their access to surgery, as did their surgeons.

Only one woman, an RCMP officer whose detachment supported her application, received an exemption to receive the surgery free of charge, largely because she had to carry heavy gear around her core as part of her work.

Brogan, who had a traumatic birth with Ophelia and developed postpartum depression as a result, said the pain takes a serious toll on her mental well-being and ability to care for herself through sport, which helps her be a good mother.

And in her case, the procedure is also essential to ensure her hernia repair, covered under MSP, is effective and doesn’t have to deal with additional pressure. Her general surgeon, plastic surgeon and physiotherapist at Lee’s clinic in Surrey have all attested to the need in letters.

In an emailed statement to The Tyee, a Health Ministry spokesperson said the province receives about 15 to 20 requests to cover the surgery each year.

“Normally, these would all be refused as the procedure is not an insured service,” reads the statement. “The ambiguity around medical necessity for this procedure is often when the procedure appears to be associated with a cosmetic issue.”

There is also no fee code that surgeons can use to bill the province for the procedure, making it hard to track how many may be performed as part of other procedures, like ventral hernia repairs, said the spokesperson.

But because Brogan’s hernia could be repaired without the diastasis recti surgery, her general surgeon can’t bill them together.

“I can’t function like this, and yet mine is considered aesthetic,” said Brogan.

Her application for coverage of the repair earlier this year was denied, as was her appeal of the decision on Oct. 20.

“I honestly was really surprised and disappointed and depressed when I got the letter,” said Brogan. “The health-care system is deciding what is impacting my health and what my quality of life can be.”

She has one last course of appeal to go through, and she is now rewriting her personal letter to communicate the full impact her injury has had on her life and her family.

In the meantime, she is preparing to book a private surgery and pay the $13,000 out of pocket if her final course of action is denied as she expects — something she knows many women could not do.

Brogan says she’s fortunate to have the means and time, education, language fluency and support of family and friends to get her through this process. Many women don’t, she says.

“I’ve been living in pain and unable to do the things that bring me joy and comfort for a while,” said Brogan. “There are so many things that piss me off about this in the name of so many women who are single parents and who are women of colour who can’t take this fight that I can.” 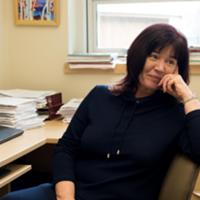 The Health Ministry said it has no plans to add coverage of diastasis recti repair under MSP, leaving women who need the surgery to either pay thousands out of pocket or wait decades in hopes that their bodies will respond to physiotherapy.

“To ask someone to wait 30 years for a possible change, versus four months for post-operative recovery, it’s ridiculous, there’s no evidence for that,” said Lee.

“We are ripe right now for getting this [lack of coverage] changed. Because insurance companies are looking for evidence, it’s there. We just don’t have the ear of government to say this is more than just cosmetic.”

Aesthetic concerns are the furthest thing from Brogan’s mind as she makes her final appeal. She longs to play with her children without worrying about the strain on her back, and to return to the sport that keeps her connected and happy.

“It’s been written into our cultural frame, as that’s what happened to new mothers, that once you become a mother, those things aren’t part of your life anymore,” she said. “There is an inherent disrespect for the physical potential of women. It’s totally sexist.”