Public health officials announced Saturday new sweeping and temporary orders limiting social gatherings, indoor sports and non-essential travel to and from the Lower Mainland for the next two weeks.

The bold action comes on the heels of sharp rises in new COVID-19 cases and hospitalizations in the region.

Of the 1,156 new cases announced in the last two days, 93.5 per cent have been in the Lower Mainland with 813 in the Fraser Health region and 268 in Vancouver Coastal.

“We are seeing a steady increase and a worrisome increase in people with serious illness and requiring critical care,” said provincial health officer Dr. Bonnie Henry on Saturday, announcing there were more than 100 people hospitalized and 31 in critical or intensive care.

Hospitalizations peaked at 149 on April 2 and have again steadily climbed in B.C. since late August.

“We must now step back from our restart activities... to avoid serious consequences for all of us,” Henry added.

Social gatherings with people outside an immediate household in the Vancouver Coastal and Fraser Health regions — except for the central coast and Bella Coola Valley — are banned under a new public health order, which overrules the previous 50-person limit on mass gatherings like weddings and funerals.

Faith groups and churches are not included and may still gather up to 50 people with distancing measures in place.

Non-essential travel including for sports into, out of and between Vancouver Coastal and the Fraser Valley is also suspended by the order, which takes effect Saturday at 10 p.m. and expires on Monday, Nov. 23 at noon.

Indoor sports and group exercise activities like yoga and spin classes, where Henry said the province has seen “rapid spread of the virus” even by asymptomatic individuals, are also halted until heightened COVID-19 safe operating guidelines are created and approved by public health. 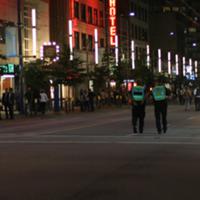 Henry said the temporary measures are essential to protect health-care facilities and schools in order to “break those chains of transmission in the community.”

The orders mark a significant divergence from Henry’s provincewide approach to date, and target the Lower Mainland where seven new health-care outbreaks have been announced in the last two days.

But the risk of the virus remains everywhere in the province, Henry said, noting that cases are still growing but by much less in Island, Interior and Northern Health regions.

Health Minister Adrian Dix added that while hospitalizations are nowhere near April’s peak, the growing numbers “reflect the severity of COVID-19 in our province.”

Dix and Henry did not mention the possibility of extending these orders past one 14-day virus incubation period, but said they took this action so that more stringent measures are not needed later on.

Addressing concerns about isolation among seniors and other marginalized populations, which were exacerbated by pandemic restrictions, Dix urged British Columbians to check-in on their loved ones by phone or online.

“The pandemic is tough on all of us but we will get through this,” said Dix. “We can turn the tables on COVID-19 by not turning on each other.”