Vancouver has decided to push people living in vans and RVs near Strathcona Park away from the neighbourhood, using an existing bylaw that prohibits overnight parking.

The decision comes less than a week after city council voted to spend $30 million to buy or lease hotels, apartment buildings and single-room occupancies to quickly house homeless people in the city, including the approximately 200 residents of a tent city at Strathcona Park.

Betty Gloria Carrillo, 57, has lived in her truck on the east side of the park on Raymur Avenue for two years. She said a friend told her the city’s engineering department planned to enforce the bylaw.

“I cried a lot,” she told The Tyee. Carrillo said she is now attempting to find housing that she and five other people could share.

People have been living in camper vans and other vehicles around Strathcona Park for years. Malkin and Raymur avenues are well-known spots where people who live in their vehicles park.

The arrival of the tent city at Strathcona Park in July has been disruptive for people who have been living in their vehicles near the park, Carillo said. There are frequent violent incidents and she now avoids using the bathrooms at the park.

On Friday morning, a man was found bleeding at Raymur and Venables Street after being stabbed in his tent.

The news that the city was going to push to remove vehicles came on Thursday through a message to people who have signed up to receive information about city planning decisions that affect the Downtown Eastside.

City engineering staff said they had recently reviewed the parking situation at the park and found that “many people were camping overnight for many consecutive days with the parked vehicles taking up parking for users at Strathcona Park.”

Staff will be implementing the “no parking from 10 p.m. to 6 a.m.” rule along Raymur Avenue, a block from the park, “to create more vehicle turnover and help those visiting the park find a parking space.”

Communications staff told The Tyee via email that the parking enforcement is “part of a city-wide initiative to enforce the bylaw regarding overnight parking of large vehicles.” It’s a response to complaints about vehicles that parked overnight, the statement said.

City staff would focus on connecting people with housing, the statement said. “We will be proceeding slowly with that issue in mind and working on next steps with respect to enforcing overnight parking around Strathcona Park over the coming days.”

Carrillo said she had not heard from anyone from the city about the plan, and most of her neighbours who live in their vehicles on Raymur Avenue don’t yet know about the enforcement push.

Ginger Gosnell Myers said she was shocked to see the notice and questioned why people who live in their vehicles were not consulted first about the kind of housing they need.

Gosnell Myers worked at the City of Vancouver as Indigenous relations manager and is currently a fellow of urban Indigenous planning at Simon Fraser University. 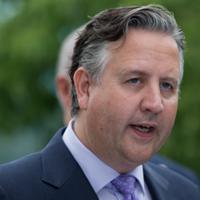 “It seems a little premature to enforce a bylaw without talking with the people who are living in their vehicles and ensure that the new housing options the city is presenting actually work for them,” Gosnell Myers said.

“It seems like they’re putting a lot of undue stress on people living in their vehicles, in order to create the sense that they’re acting on it quickly.”

City staff recently presented several options for dealing with rising homelessness caused in part by COVID-19 restrictions. One of those options was the creation of an RV park where residents could legally live full time in their campers.

Carrillo said she’d be interested in that option. She gets ticketed regularly and said she likely owes around $5,000 to the city in parking tickets. Carillo has also been towed three times, leading to more financial stress.

Like many people who live in their vehicles, Carrillo said she doesn’t consider herself to be homeless.