Premier John Horgan unveiled details of the province’s $1.5-billion economic recovery plan today, charting a stay-the-course platform for the NDP as rumours continue to circulate of a snap fall election.

The funds were unanimously approved by the legislature in March, but the government’s plans for the money weren’t revealed until today.

Horgan’s announcement also included other measures, some previously announced and others based on federal funding.

The StrongerBC plan is aimed at supporting businesses and jobs in a “bleak fall and uncertain winter,” Horgan said.

But the premier again dodged multiple questions about whether the package could be interpreted as an election platform, saying he had not yet made a decision on whether to go to the polls.

Horgan said the plan involved an “unprecedented amount of resources between provincial budgets” and “historic times call for a historic response.”

Previously announced spending in the plan includes $300 million to train and hire around 7,000 frontline health-care workers and $45.6 million for the school restart.

An additional $660 million in tax rebates for small and medium businesses that hire new employees or invest in equipment was also announced, on top of the $1.5 billion in spending. Government estimates the tax breaks alone could support up to 80,000 jobs across the province.

Short-term skills training for in-demand jobs will be supported with $22 million, with $15 million allocated to Indigenous-led job and skill training programs.

The bulk of business recovery is in the form of grants of up to $30,000 for small and medium businesses with strict but currently unclear eligibility rules.

The ailing tourism industry, which has called for as much as $680 million in relief, gets a fraction of that across the province, with $100 million for the sector and tourism-dependent communities. A task force will be set up to identify long-term solutions and allotted $50 million to spend.

“This plan is one of the ways we can ensure people, businesses and communities are supported as we move forward together,” said Finance Minister Carole James. 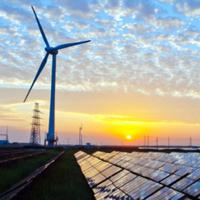 What Kind of Recovery Economy Is BC Planning to Build?

The province will also spend $21 million to support arts and cultural resilience and $46 million on safe reopening for daycares and to expand affordable childcare spaces in B.C.

Funding on food security and climate resilience rounds out the package, with $25 million allocated towards increasing food security and farming capacity and $223.3 million directed towards new and existing clean energy retrofits and industry incentives aligned with the 2018’s CleanBC plan.

Asked whether the plan’s roll-out would be delayed by an election, Horgan said implementation is now in the hands of the public service.

James and Horgan added this is an initial step and that more funding would flow in the coming months.

“We have much more work to do through the fall and into budget 2021 that will focus on all those initiatives,” said Horgan.