This will likely be Hassan Yussuff’s last Labour Day as president of the Canadian Labour Congress. The 62-year-old one-time autoworker, who has served as head of the country’s largest trade union since 2014, intended to retire in May at the CLC’s triennial convention. That plan was scrapped when the event was cancelled because of a pandemic that left three million Canadian workers unemployed in April.

Since then, employment levels have gradually risen. But Yussuff believes that any jobs recovery will require a hard reset in the way governments and employers deal with workers during the COVID-19 crisis and afterward.

“The federal government has got a responsibility to address the cracks that we’ve seen in the system, which the pandemic has made clear,” he said. The throne speech, set for Sept. 23, is a chance to make a start, he said.

“There are still a couple of million Canadians that have lost their jobs — a significant number who also won’t be going back to work. In that regard, we believe the government should be making strategic decisions about green infrastructure,” Yussuff said.

“There’s a huge deficit in our municipal infrastructure across the country. Public transit, and retrofitting of homes and buildings are all needed, and we could create apprenticeship programs and opportunities for a whole lot of people who have not been in the economy,” he said. “These will be good jobs, because traditionally they are unionized and, more importantly, they could help people gain a whole different foothold that they don’t currently have.”

The COVID-19 pandemic has shone a spotlight on problems in Canadian nursing homes and the “unnecessary deaths of thousands of seniors” who live in them, said Yussuff.

“We believe this is a moment for the federal government to try to work with the provinces to bring long-term care under the Canada Health Act,” he said. “With an aging population, we’ll have more Canadians who will need care and home care that will allow them to stay longer in their homes — and that is critical.”

Attention must also be paid to health-care staff at nursing and retirement homes, he said.

“How do we treat the workers, whom we deem to be essential but we can’t even pay them a subsistence wage — and more importantly, how do we ensure that they have sick leave so the risk they took during the pandemic, and getting sick — and some of them died — doesn’t happen again?”

Yussuff wants the government’s throne speech to outline measures to deal with these issues. The provinces and territories should eliminate the profit-motive from the long-term care system, he added.

A plan for a national pharmacare program is also on the CLC’s wish-list. Yussuff said millions have lost drug benefits because they’ve been laid off or businesses have shut down.

Universal pharmacare would also bring savings, he said. “If you can do bulk buying, you can bring the costs down. And more importantly, if we can get the federal government and provinces to collaborate, billions of dollars could be saved.”

For instance, he said, in New Zealand the cholesterol-lowering medication Lipitor “costs next to nothing,” while in Canada — where it is manufactured by Merck — it costs about $1,000 a year.

The pandemic has also revealed cracks in the social safety net.

The Canada Emergency Response Benefit and the Canada Emergency Wage Subsidy programs helped in the short term, Yussuff said. Without them, he added, “I’m not sure how Canadians would have financially gone through this crisis to pay their bills and rent and get groceries.”

But they also highlighted the need for an overhaul of an employment insurance that failed to provide supports workers needed. “If you work in this country, there’s no reason why you shouldn’t get EI when you’re laid off from your job.”

Last month, the federal government announced changes to employment insurance, including an easing of eligibility requirements. Those had previously required most laid-off people to have worked from 420 to 700 hours in the previous 52 weeks, depending on the region. That was reduced to 120 hours.

Yussuff is pushing for more changes.

“If you work for Uber as a driver, you don’t pay into the EI system because you’re considered self-employed,” he said. Those workers should be recognized as employees and contribute to the Canada Pension Plan and employment insurance, and be eligible for benefits, he said.

“That would eliminate what I call gaming the system by these employers.”

The pandemic has also highlighted the need for a national daycare program, he said, “so that women’s advancement in the economy doesn’t get pushed back for decades.

“We still live in a patriarchal society. Child rearing and family care fall to women, so bringing in national childcare will level the playing field.”

Yussuff credited the B.C. government for its three-year, $1-billion investment in childcare, announced in 2018. Federal funding could encourage the other provinces and the territories to follow B.C.’s example, he said.

Yussuff would also like to see the conversation concerning a universal basic income continue.

“The big challenge we have is that nobody wants to talk about how we reform the social transfer provinces receive from the federal government to meet their responsibility to provide social assistance,” he said. “When we look at what working people get from provincial welfare, it’s disgraceful. Had the federal government not stepped up with the CERB, my God, I don’t know what the level of poverty would be today, because nobody could have survived COVID with a locked-down economy while being on social assistance.”

The provinces don’t want to accept reductions in other transfers as part of an agreement, he said. “They also want to punish poor people to a large extent, saying that if you’re poor, the only way we get you back to work is if we starve you to death and that should force you to take a job — never mind improving minimum wage or bringing in a living wage.”

Yussuff said Canadians need to understand how basic income would be financed and why it’s needed.

Guyanese-born Yussuff — the first CLC president of colour — hopes the pandemic has raised issues of racial and gender disparities that will lead to significant advancements in achieving equity among workers.

“Women’s equality has been an ongoing struggle in this country,” he said. “Equal pay for equal work is still not realized, and we’re in 2020. In some cases, women are making 30 cents less on the dollar.” The federal government has passed pay equity legislation and now has to bring the regulations into force.

And the message of Black Lives Matter needs to resonate in the workplace in “looking through the lens of discrimination that Black people face in the country,” said Yussuff.

“How do we deal with the systemic nature of racism in this country? It’s not just in the justice system. It’s in the job markets; access to training; and more importantly, to be paid properly for doing a job that should be assessed at a higher level.”

On this sombre Labour Day in a year of uncertainty, Yussuff said that while more work needs to be done to improve the lives of working people, the CLC has forged a strong alliance with the federal government.

“There is genuine respect for workers at the national level that we could only hope provides a lens through which provincial governments can learn,” he said. 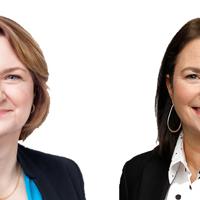 The Face of Canada’s Unions Is Changing. Let It Be a Woman

“The more you can work with union leadership to solve a problem, the more productive the economy will be. During this pandemic, we outreached to the federal government and they reached out to us on how we can work together to deal with it, and this showed remarkable results in what we were able to do without the animosity and the pettiness and politics you normally see in the middle of a crisis,” he said.

“And that’s the way the country should operate in the first place. The labour movement is a significant part of the economy and critical to the communities and the quality of life in this country,” he said.

“Everybody was praising the efforts of frontline workers in doing some of the most heroic things we’ve ever seen in the history of our country — risking their lives to go to work when they weren’t even making enough. These are our members! They didn’t hesitate because they knew it was the right thing.”

He said that in the early days of the pandemic, it was “left to the federal government to figure out how we’re going to bring in some protection for workers.” 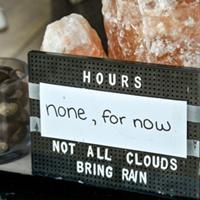 Here’s Who Lost Jobs in the Pandemic, and Who Needs Support

Yussuff believes that every province and territory’s labour codes should have paid sick days for workers. “It shouldn’t simply be a matter of a collective agreement. It should be a basic and fundamental thing in our society,” he said.

Employers shouldn’t be off the hook in terms of providing their workers “with the respect and dignity they deserve,” he said. He pointed to the decision by major retailers, including Canada’s top three grocery chains, to end their temporary hourly pandemic pay bonuses while COVID-19 remains a threat.

“It is absolutely disgraceful that these guys can actually tell customers to come and they care about how they treat their people,” said Yussuff. “At the end of the day, some of us as consumers need to demonstrate our resolve to say I’ll go take my business someplace else.”

The CLC has produced a “Forward Together” video that sets out its “Canadian plan” for post-pandemic recovery.