British Columbians on provincial income and disability assistance will continue to receive an extra $300 monthly COVID supplement for the next four months.

On Monday, the B.C. government announced that it would extend a crisis supplement that was implemented in April to provide support to disabled and low-income people across the province.

The extra funds for assistance payments will be issued on Sept. 23, Oct. 21, Nov. 18 and Dec. 16 and will be automatically available to individuals who do not qualify for federal supports like the Canada Emergency Response Benefit.

“As B.C.’s Restart Plan is creating signs of hope, low- or no-income people are still disproportionately affected by this pandemic,” said Shane Simpson, minister of social development and poverty reduction in a press release today.

“Further extending the crisis supplement will help alleviate some of the continuing pressures people are facing while trying to keep themselves and their families healthy and safe.”

According to the ministry, approximately 258,000 people across British Columbia have benefited from the supplement since it began.

Last month, The Tyee spoke with three people on disability assistance to find out what the extra $300 has meant to them. Responses ranged from taking care of beloved family pets to purchasing new beds for children, to being able to afford fresh fruit and vegetables and healthier groceries overall.

Charlene Barney, who lives in Victoria and has been on disability assistance since age 19, said that in addition to being able to purchase better-quality food options, she has also been able to access needed medical care thanks to the supplement.

If the supplement were carried forward, she told The Tyee that she would be able to pay for dental work and new prescription glasses.

Reached over the phone on Monday afternoon, Barney shared her thoughts on the four-month extension.

“I think it’s wonderful,” she said.

“It’s really exciting, even though it’s so little. It means that we don’t have to worry. Mothers, or parents with children, will not have to suffer so much. They don’t have to go to the food bank. And it’s going to be really helpful in December, which is a really dark time. We don’t have to scrimp and save.”

Barney said she feels relieved and happy that she won’t have to worry about the supplement being taken away for the next few months.

Vivian Ly, an organizer with the #300ToLive coalition, a group of disabled and neurodivergent British Columbians who have been lobbying for the supplement to be extended, echoed Barney’s sentiments. 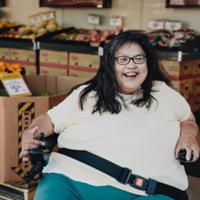 “We’re glad that the supplement has been extended to December. This supplement has been so important to increasing the quality of life of many people who cannot work due to long-term disability or otherwise face substantial barriers to employment. This means the pressure has been working.”

Ly emphasized that the extension is still not enough, however.

“We’re still living well under the poverty line, even with the supplement, and it’s something we can’t afford to lose after December,” she said.

The #300ToLive coalition is asking for a permanent increase of disability and income assistance rates to at least the poverty line, as defined by market basket measure thresholds set by the federal government (around $2,000/month for individuals in B.C.).

Ly said this would provide an acknowledgement of the standards of living that all British Columbians deserve.

“Disabled people should not be expected to live on hundreds of dollars a month less than abled people do. The federal government has already recognized $2,000/month as the benchmark for meeting the standard of living in Canada. B.C. needs to do the same for its most vulnerable populations.”