Risk of death is higher in long-term care facilities, and higher still in for-profit homes

A study of seroprevalence — the proportion of people with detectable antibodies to SARS-CoV-2 — in 10 locations across the United States found that it ranged from one per cent in San Francisco to almost seven per cent in New York City. In most places, seroprevalence numbers indicate that infections were 10 times greater than the number of officially reported cases of COVID-19. Most people tested, however, had no detectable antibodies.

The lockdowns around the world associated with COVID-19 led to a 50 per cent drop in human-caused seismic vibrations from everyday activities like road traffic — the longest and most pronounced quiet period of seismic noise in recorded history. The relative quiet allowed researchers to detect previously concealed earthquake signals and could help them to differentiate between human and natural seismic noise more clearly.

Masks don’t cause a false sense of security

Wearing face coverings to protect against COVID-19 does not lead to a false sense of security and is unlikely to increase the risk of infection by wearers foregoing other protective behaviours such as physical distancing or hand washing, according to a review of existing evidence. This fear of “risk compensation” was one of the reasons that some governments and the World Health Organization were reluctant to recommend the use of masks early on, but the researchers say that the concept of risk compensation itself is more dangerous to public health, as it may delay or discourage the implementation of potentially effective measures.

Don’t expect a baby boom after the pandemic

Fertility is likely to decline following the COVID-19 pandemic, particularly in richer countries. While historically spikes in mortality caused by wars and famines have been followed by a baby boom, the 1918 Spanish flu resulted in a temporary drop in fertility. In this pandemic, the disruptions to family life and child care caused by lockdowns and school closures, as well as the deteriorating economic outlook, will likely lead to people postponing having children.

The ongoing disruption caused by the COVID-19 pandemic and the measures introduced to combat it are having a substantial negative impact on the physical and mental well-being of parents and children, according to a survey in the United States. In the survey, 27 per cent of parents reported worsening mental health for themselves, and 14 per cent reported worsening behavioural health for their children. Families with young children reported worse mental health than those with older children, highlighting the importance of child care. The proportion of families with moderate or severe food insecurity increased from six per cent to eight per cent between March and June.

Adults over the age of 60 have fared better emotionally compared with younger and middle-aged adults during the COVID-19 pandemic, according to research from the University of British Columbia. The researchers found that older adults experienced greater emotional well-being and felt less stressed and threatened by the pandemic. This may be because, despite having a higher risk of severe illness or deaths, older people face fewer work and family-related stressors than younger adults, and possess more coping skills to deal with stress.

More testing is associated with fewer deaths from COVID-19 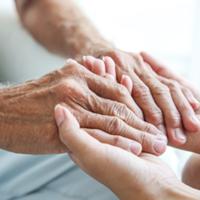 On the Sunshine Coast, an Effort to Reinvent Senior Care

The number of patients being seen for cancer-related care in the United States dropped significantly in the first few months of this year. The biggest decline was in appointments related to new cancer incidences, including screening, initial diagnosis, second opinion and treatment initiation appointments. The researchers also saw similar trends in data from the United Kingdom.