Elder Roberta Price was finishing making dozens of bundles of sacred plants — tobacco, sage, cedar and sweetgrass — for Indigenous men in B.C. prisons when she got a call warning that the gifts would not be allowed.

Sacred plants like tobacco and cedar are often used to cleanse both people and spaces of sadness, and to provide strength and grounding to those who carry them, said Price, who is from the Coast Salish Snuneymuxw and Cowichan Nations.

But while tobacco is sacred in many Indigenous cultures and communities, it’s prohibited in jails or prisons in Canada.

Price quickly substituted lavender and revised the pamphlets that came with the bundles.

But she says the rule is just one example of the colonialism and anti-Indigenous racism underlying the prison system.

Price is a co-principal investigator for Critical Research in Health and Health Care Inequities at the University of British Columbia’s School of Nursing.

And she’s part of a team of UBC researchers who are distributing hundreds of art and journaling kits to Indigenous men in prisons and in halfway houses in a bid to alleviate the dual mental health tolls of incarceration and the pandemic.

The kits are aimed at encouraging the men to explore their experiences through art and words and, importantly, share them with members of their communities. The project has partnered with Indigenous community organizations to build connections. Price’s bundles are meant to provide spiritual guidance and strength during a time of heightened isolation.

Co-lead researcher Helen Brown, an associate professor at the UBC School of Nursing, said the community participation is a key part of the project.

“Their connections with the community help them to reach and see the impact of the work they were doing beyond the present walls, which gives them a positive sense of themselves that they hadn’t necessarily experienced to that point,” she said.

Prisons are harsh and isolating in normal times, but virus-driven restrictions on visitors and activities have drawn increasing attention to the mental health on those who are incarcerated.

Work, activities, time outdoors — “all of these positive impacts on identity, well-being and giving to others come to a grinding halt,” said Brown.

Price’s bundles and the wisdom that accompany them are an important component of the kits that will be distributed in two medium-security federal prisons and five halfway houses in B.C. in an effort to improve mental health and maintain cultural connections for the men.

The team hopes the program will expand to all correctional facilities in the province in the near future, as well as to Indigenous community organizations across B.C.

The idea didn’t just come out of thin air. The researchers were able to build on years of work with Elders and incarcerated men on a similar project.

In the now-halted Work 2 Give program, Indigenous men who were incarcerated made furniture, cultural objects and clothing for members of the Tsilhqot’in First Nation in the province’s interior.

Brown’s team, who began studying the initiative in 2014, found that it was not just making and sharing the gifts. The process built relationships between the men and communities that helped them heal and remain connected to their Indigenous cultures.

“As we went around talking to men in the communities, we heard more and more and more about the importance of relationships between First Nations communities and Indigenous incarcerated people against the backdrop of over-incarceration of Indigenous peoples in British Columbia,” said lead researcher Brown. “And so the layers of meaning just kept unravelling over time.”

The damage and trauma of being removed from one’s culture and family is already known in Indigenous communities across Canada. Residential schools and foster care have prevented children from learning their language, traditions and culture.

Price says the disproportionate incarceration of Indigenous men in Canada is yet another version of the same colonial policies in modern times.

“We all had our own prisons, our own senses of being trapped,” said Price, who was forcibly removed from her family by social workers as a young child and forbidden from speaking her language with her sister while in care.

“And to lift someone up, it is so important, because when you are ripped away from your family, what you are missing is that unconditional love you receive from your parents, your grandparents and your family.”

Brown and co-lead researcher Kelsey Timler acknowledged that the kits are not meant to resolve the structural harm done by incarceration in Indigenous communities. 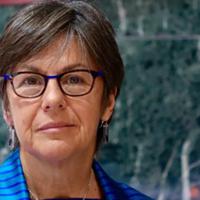 “It’s an attempt to create a small thing that’s kind and decolonial and centres the voices of Indigenous peoples,” said Timler, a PhD candidate at UBC.

Price sees her own healing, guided by Elders from her community, as a journey that has no end.

She hopes the kits — even without tobacco — can be an act of love to those incarcerated during their own healing journeys.

“I’d rather just honour that system with the rules and the regulations and just continue to be respectful around the teachings as an Elder, that’s our role,” said Price, talking on speaker phone. When she smiles, she says, her cheeks regularly press against the phone and hang up the calls.