New studies and media reports say COVID-19 is not just sending elderly people with pre-existing medical conditions to the hospital.

At least 25 per cent of infected patients requiring hospital care in jurisdictions from the Netherlands to the United States are young adults.

In China, where the virus first emerged in humans, the majority of severe and critical cases were elderly patients with underlying medical conditions including lung disease, hypertension, heart ailments and diabetes.

But as the virus unsettles the health and economies of nations around the world, new demographic factors are emerging.

In the Netherlands, half of COVID-19 patients requiring treatment in intensive care are under 50, according to a new study of hospital admissions reported by DutchNews. The majority of Dutch patients who have died were over 70.

In France, health ministry official Jérome Salomon reported that half of the 300 to 400 COVID-19 patients being treated in Paris’ intensive care units were under 65.

In Canada, available data on 337 cases indicates people ages 20 to 39 make up 21 per cent of those infected, with another 15 per cent 40 to 49. It’s not known how many young people required hospitalization or had compromised immune systems.

New data from the U.S. Centers for Disease Control and Prevention on 508 patients hospitalized to date also shows the virus is hitting baby boomers hard, but also spilling over into younger populations. About 40 per cent of patients requiring hospitalization in the U.S. were between the ages of 20 and 54.

“These preliminary data also demonstrate that severe illness leading to hospitalization, including ICU admission and death, can occur in adults of any age with COVID-19,” warned the CDC report.

Overall, citizens over 65 year make up 31 per cent of cases, 45 per cent of hospitalizations, 53 per cent of ICU admissions and 80 per cent of deaths associated with COVID-19 in the U.S. Individuals 19 years or younger tend have milder symptoms and require no hospital care.

Children not immune from harm

A retrospective Chinese study published in the journal Pediatrics offered some other startling news this week.

It had been assumed that children were generally not affected by the virus.

But the new study shows that in rare cases even children can require hospitalization.

“Children at all ages were sensitive to COVID-19, and there was no significant gender difference,” said the report.

There have been more than 4,000 deaths in Italy, the highest in the world to date. The fatality rate, at about eight per cent of diagnosed cases, is more than double the Chinese rate.

A number of explanations have been offered to explain Italy’s shockingly high fatality rate.

About 20 per cent of Italians, a highly social society, are over the age of 65, compared with 12 per cent in China and 16 per cent in Canada.

In addition Italians generally characterize their government as corrupt or incompetent.

Moreover young and old generations mingle freely in Italian society, and often live together. (This social dynamic may be affecting families of Italian descent in North America too.)

Researchers at Leverhulme Centre for Demographic Science, University of Oxford & Nuffield College, now predict that countries that have a high level of intergenerational contacts with the elderly will see “faster transmission to high-fatality age groups as seen in Italy.”

Those nations include Japan, Germany, Portugal, Finland, Bulgaria, Greece and Sweden. About 20 per cent of the population in those countries are 65 or older. (About 16 per cent of Canada’s population is over 65 but that figure will reach 23 percent in a decade.)

The apparent success of many Asian countries such as South Korea and Singapore in keeping deaths and infections low reflects their relatively young populations.

Fatality rates don’t just reflect the character of the virus, but also the ability of the medical system to provide ventilation to the sickest patients.

In Italy and Spain, hospitals are so crowded there aren’t enough ventilators to intubate all patients struggling for air. As a result doctors have to choose which patients receive mechanical assistance.

Public health workers are struggling to respond to the pandemic with uncertain and often incomplete information.

Nobody has a handle on real death rates because no jurisdiction actually knows how many people are getting infected.

And existing fatality rates, which range from 3.4 per cent to eight per cent, do not show the full picture because only people with severe symptoms are being tested.

But as the experiences of Iran, Italy and Spain show, the virus targets a significant portion of every society: the vulnerable, the unwell and the elderly. It can also overwhelm hospitals faster than a terrorist attack. 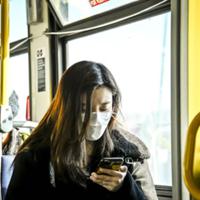 We Face Two Stark Choices for Dealing with COVID-19

In addition the pandemic may be more severe in wealthier nations with large older populations than in poor countries with younger workers such as Africa.

But the presence of TB and large homeless or migrant populations in poorer nations could also increase the spread infections and spark deadly outbreaks.

The hidden and growing threat

More than 80 per cent of all infections come with no symptoms and aren’t being detected. That makes containment extremely difficult.

A new study in Science warns that the explosion of COVID-19 cases in China “was largely driven by individuals with mild, limited, or no symptoms who went undetected.”

Disease ecologists recently explained in the New England Journal of Medicine that COVID-19, just like HIV, SARS and Ebola, was another biological invader unleashed by the forces of globalization which are diminishing biological diversity and forcing viruses to jump species.