It’s a long report with a technical title: Impact of non-pharmaceutical interventions (NPIs) to reduce COVID-19 mortality and healthcare demand. It appeared on March 16 on the website of the MRC Centre for Global Infectious Disease Analysis as Report 9 in a series by the Imperial College COVID-19 Response Team.

Despite its dull title and scientific vocabulary, Report 9 has challenged British and U.S. response policy and presented the world with two grim alternatives. We in Canada will also have to choose one, knowing that even the best outcome will be a disaster — though it will also clear the way for an unexpected revolution.

Mitigation accepts there will be some spread but uses tactics like self-distancing and isolation to slow the outbreak down. Because cases emerge more slowly, the healthcare system has a chance to avoid being swamped. This is what “flattening the curve” means — keeping cases from spiking early in the outbreak to make the burden on the system just barely tolerable.

The authors say: “We find that optimal mitigation policies (combining home isolation of suspect cases, home quarantine of those living in the same household as suspect cases, and social distancing of the elderly and others at most risk of severe disease) might reduce peak healthcare demand by two thirds and deaths by half.”

That sounds encouraging, but “the resulting mitigated epidemic would still likely result in hundreds of thousands of deaths and health systems (most notably intensive care units) being overwhelmed many times over. For countries able to achieve it, this leaves suppression as the preferred policy option.”

Suppression means achieving, as closely as possible, a social lock-down. It’s different from mitigation in that authorities shut down all travel into and out of the hot zone and enforce to their best abilities isolation of individuals in their households whether they are showing symptoms or not. And then you test everyone you can.

Before we consider that option, bear in mind that we’ve already seen it in action in China. The Chinese were slow to react at first, giving the virus weeks to spread, but the suppression when it came was breathtaking: the lockdown of the Wuhan urban complex, population 11 million, and the whole province of Hubei, population 58.5 million. Similar lockdowns were imposed on other regions.

They worked, but at a brutal economic, political, and social cost, not to mention the cost to China’s healthcare workers and their patients in the hot zone. The world’s second-largest economy has ground to a halt and triggered the global equivalent of a multi-vehicle pileup. While China’s population has obeyed the lockdowns, online complaints about the early suppression of virus news have swamped the censors who police China’s social media.

Still, it worked. China is now more worried about COVID-19 imported from other countries than it is about its own local cases: on March 17, 13 cases were confirmed, 12 of them imported. Despite the economic body blows they’ve taken, the Chinese are now shipping medical experts and supplies to other countries like Italy.

Suppression is what Italy has tried. Italy practiced suppression first on some northern provinces and then on the whole country. It seems to have been too late. From just three cases and no deaths on February 15, COVID-19 has exploded as of March 19 into 41,000 cases and 3,400 deaths — 475 of them on March 17 alone, and almost 26,000 in a week. Italy has now suffered more COVID-19 deaths than China, assuming reports are accurate. 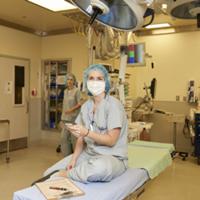 Suppression on this continent would seem to be an almost impossible solution unless you are ready to make arrests on, say, the spring break beaches of Florida.

Back to mitigation. Report 9 says over a three-month period in Great Britain, the most effective response would be a mix of “case isolation, home quarantine and social distancing of those most at risk (the over 70s).” Yes, it would flatten the curve, but “this ‘optimal’ mitigation scenario would still result in an eight-fold higher peak demand on critical care beds over and above the available surge capacity in both G.B. and the U.S.”

The report offers a bleak estimate: “even if all patients were able to be treated, we predict there would still be in the order of 250,000 deaths in G.B., and 1.1-1.2 million in the U.S. … We therefore conclude that epidemic suppression is the only viable strategy at this time.”

But suppression would have to continue for many months, perhaps a year and a half or even longer, while vaccines and pharmaceuticals were developed, tested, mass-produced, and distributed — not an easy task in a locked-down world with a badly eroded healthcare system.

Suppression, Report 9 warns, can’t let up. “Once interventions are relaxed, …infections begin to rise, resulting in a predicted peak epidemic later in the year. The more successful a strategy is at temporary suppression, the large the later epidemic is predicted to be in the absence of vaccination, due to less buildup of herd immunity.”

Even politicians as obtuse as Boris Johnson and Donald Trump got the Report 9 message, but it remains to be seen whether they (or anyone else) can find the political will and economic resources to shut their countries down until, say, September or October 2021. Even Xi Jinping may find it impossible to keep the lid on that long while keeping his people fed and his economy supporting his healthcare workers. Perhaps some mix of suppression and mitigation, exquisitely orchestrated, could permit a country to run a rudimentary economy at the predictable expense of some of its citizens’ lives.

But that remains to be seen. In the meantime, short-term needs have Trump and other leaders of capitalist nations promising government payments to their people just so they can pay their rent and buy some groceries. Trudeau is launching a package of direct aid and tax deferrals totalling $82 billion, with likely more in the near future. It would not be surprising to see the present Canadian personal debt burden simply forgiven and forgotten, whatever the cost to the lenders.

However we choose to fight the pandemic, this is the fight of our lives, a fight for our lives, and we will have to fight it largely on our own — as nations in self-isolation from others, drawing on whatever resources we happen to have. Every nation is under siege, and the enemy is inside the gates.