The abrupt decision by Teck Resources to withdraw its application for the Frontier bitumen mine project reveals a truth that politicians like Jason Kenney and other industry boosters continue to deny — that investing large sums of money in Canada’s oilsands no longer makes any financial sense.

“I think it’s a huge market signal for the oilsands,” said Kathy Hipple, an analyst with the New York-based Institute for Energy Economics and Financial Analysis. “There’s a very real risk of stranded assets for oilsands projects and there’s a huge risk even for other oil and gas projects going forward, they’re not needed.”

Instead of acknowledging that risk, however, Alberta’s political leaders are reacting to Teck’s decision with shock and anger. “It’s going to be real blow to the region,” Fort McMurray Mayor Don Scott told the Calgary Herald. “It was going to be a catalyst for the future.”

Kenney meanwhile is blaming the federal Liberals. “We did our part, but the federal government’s inability to convey a clear or unified position let us, and Teck, down,” the Alberta premier said in a statement.

Yet the financial barriers to building a new oilsands mine twice the size of Vancouver during a climate emergency were simply insurmountable for Teck and will likely be difficult for any company in the future to overcome.

Teck could not justify spending $20.6 billion on a project that requires oil prices above $95 per barrel to be profitable — a price even companies like BP, Shell and Total see as unrealistic. The four to six megatons of carbon emissions Frontier would have emitted annually until the 2060s would have been a huge financial liability at a time when Wall Street giants like BlackRock and other investors are cutting ties to high-carbon fossil fuels.

That financial exodus includes Sweden’s central bank, which explained to The Tyee last year that it’s divesting from the oilsands because “Alberta is one of those provinces that has been highest in terms of carbon dioxide emissions.”

And Teck likely would have faced years of criticism, protest and possibly civil disobedience from people opposed to oilsands expansion. “This is thanks to the relentless organizing of Indigenous peoples, youth and thousands of others across the country,” 350.org campaigner Clayton Thomas-Muller wrote in a statement on Monday. “The Teck decision is a huge win. And, it makes it crystal clear that organized people can beat organized money.”

Perhaps more crucial to the decision is that Teck reportedly had been getting poor feedback from investors about the financial viability of Frontier.

“Global capital markets are changing rapidly and investors and customers are increasingly looking for jurisdictions to have a framework in place that reconciles resource development and climate change, in order to produce the cleanest possible products,” Teck CEO Don Lindsay said in a letter to the federal government, which was due to make a decision on whether to approve Frontier by the end of February. “It is now evident that there is no constructive path forward for the project.”

In withdrawing its application for Frontier, Teck was following the lead of Shell, ConocoPhillips, Marathon, Total, Koch Industries and other oil companies that in recent years have departed the oilsands, selling off tens of billions of dollars’ worth of investments that they no longer consider financially attractive. Remaining Canadian companies have also faced challenges. Suncor earlier this month took a $2.8-billion write-down due to low oil prices.

Yet Kenney continues to insist that Frontier would have brought huge financial benefits to the province. “This was an economically viable project, as the company confirmed this week, for which the company was advocating earlier this week, so something clearly changed very recently,” he said.

In reality, the financial risks to the oilsands have existed for years. In fact, earlier this week Teck blamed lower market expectations for future oil prices for the nearly $1-billion hit it took on its stake in another oilsands project, Forest Hills. Teck’s Frontier cancellation confirms such risks will continue to grow larger.

“The writing is on the wall,” said Julia Levin, climate and energy program manager for the Ottawa-based group Environmental Defence. “It’s no longer economically viable to invest in projects that are directly incompatible with climate action.”

She went on, “It doesn’t make climate sense and it doesn’t make financial sense for these big high-carbon emitting projects anymore.”

Thinking similarly is Wall Street watcher Jim Cramer, host of the Mad Money investment show on CNBC. Cramer recently announced on television he looks at fossil fuel stocks and sees “divestment all over the world. Big pension funds are saying ‘Listen, we’re just not going to own them anymore.’” His conclusion? “I’m done with fossil fuels. They’re done.”

Here is some of The Tyee’s earlier coverage on the Teck Resources Frontier Mine proposal: 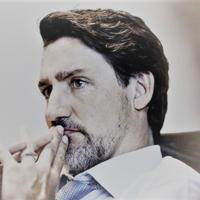 Teck Thinks Its Oilsands Mine May Be a Bust. Why Push Approval?

Experts explain why the ‘extraordinarily risky’ $20-billion project is even a thing. By Geoff Dembicki

What the Teck Mine Will Destroy

Old growth, wetlands, wildlife. Everything the review panel added up and wrote off. By Andrew Nikiforuk

Approve the Teck Mine. Teach Alberta the Law of Holes

Let Kenney and his province shoulder the risk. With no bailouts or industry subsidies. By Andrew Nikiforuk