When Sweden’s central bank announced it would sell off Alberta government bonds because of the province’s high carbon emissions, the reaction from Alberta’s political leaders was swift and defensive.

Finance Minister Travis Toews suggested Alberta was victim of an “unfair narrative” about the oilsands. A spokesperson for Premier Jason Kenney said, “If the Swedish central bank is really concerned with making a difference on climate change they need to be investing more in ethical producers such as Alberta, which have shown dramatic gains in reducing emissions.”

But Riksbank wasn’t interested in whether specific oilsands projects have become less carbon-intensive over time, the measure industry defenders often point to.

The bank was concerned with Alberta’s total emissions, and by that measure the province is doing terribly. Its oilsands alone did more damage to the climate last year than the entire economy of B.C., and Alberta’s per capita carbon emissions of 62.4 tonnes dwarf those of the U.S. (15.53 tonnes) or even Saudi Arabia (16.85 tonnes).

In an exclusive interview with The Tyee, Heidi Elmér, the head of Riksbank’s markets department, explained that bond issuers like Alberta are no longer a good fit for an international financial institution that’s trying to become more sustainable. Divesting from Alberta and reinvesting in bonds from lower-emitting provinces like B.C. hasn’t hurt the bank’s performance, she said. This interview has been edited for length and clarity. 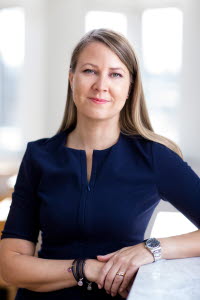 Heidi Elmér, the head of Riksbank’s markets department: ‘Climate change and climate risk is a global problem that needs a global solution.’ Photo via Riksbank.

The Tyee: When you looked at Alberta, what was it about the climate footprint that convinced Riksbank this is too high to have in your portfolio?

Elmér: We use the UN climate panel guidelines, which is greenhouse gases as a proportion of GDP, and then you can see what the climate footprint is of provinces as a whole and also Canada as a whole. Canadian government bonds fit our needs because they are liquid assets, they have a high creditworthiness and contribute to better performance. But we chose to exclude those provinces with a high carbon footprint. And Alberta is one of those provinces that has been highest in terms of carbon dioxide emissions. So that’s why we’ve decided now to sell those bonds and reinvest in other provinces in Canada and also in the government bonds issued by Canada.

Which provinces did you decide to reinvest in?

I don’t have the exact proportion of the reinvestments. The only province in Canada that we deemed had too high greenhouse gas emissions was Alberta. And then we reinvested in provinces that have a significantly lower greenhouse gas footprint, which is for instance, Manitoba, British Columbia, Ontario and Quebec. Those provinces do come out better when it comes to their climate footprint.

People in the Alberta oil industry say, ‘Well, we’re working on lowering the climate footprint. We’re putting all this money into technology.’ Did that play a factor in your decision?

We looked at how we should apply and integrate sustainability into our portfolio. We look at the issuer as a whole, not if they do specific bad or good projects. It’s the total of greenhouse gases that matters from a climate perspective. We have decided to have a broader perspective of the countries and carbon dioxide emissions as a whole rather than evaluating specific good or bad investments, because that doesn’t really say anything about the total.

The other thing that the people often say in Canada and Alberta is that, ‘Well, the climate footprint might be high, but we’re providing oil to the rest of the world. So for that reason places like Alberta shouldn’t be penalized because they’re just providing this product that the world wants.’

Climate change and climate risk is a global problem that needs a global solution. I don’t think that we as a single central bank or the central bank community as a whole are in the front line to fight climate change. However, it is important for all actors on financial markets to be aware that climate-related risks are a source of financial risks and take steps to reduce those risks. We do what we can to contribute, and our recent action to reduce the carbon footprint of our own reserves is a first step, though not a huge one.

Why did Riksbank decide to no longer buy bonds from issuers with high climate footprints? 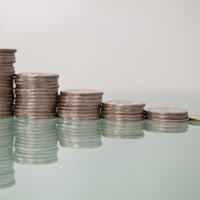 How I Tried to Invest in a Better World

Before I answer that question, I would just first highlight that the objective and the task of our foreign exchange reserves is to have a high contingency for our policy and that is to be able to provide mainly [U.S.] dollars and euros to Swedish banks in a financial crisis, which means that we mainly own dollar and euro government bonds. Then our board also allows us to invest in other assets of other currencies to improve our returns and reduce the market risk in our portfolio. Those include Canadian and Australian government bonds and also bonds issued from the local governments in those countries.

So it’s on these countries that we have applied a sustainability framework, focusing mainly on the environment and especially climate risk. We chose to start from that end, and we also wanted to have a broad perspective. We focus on the climate footprint of the issuer, not a specific bond per se. In order to reduce the greenhouse gas impact of the portfolio, we sold off bonds issued by those provinces and states that had a higher average of greenhouse gases than the government as a whole.

Was Riksbank worried at all that taking these moves would hurt its financial performance?

We don’t expect this to actually have too much effect on our performance. It’s not a significant factor for us, and we don’t think it will be.