An organization representing Black Vancouverites is taking the Vancouver School Board to the BC Human Rights Tribunal over how the district responds to anti-Black racism in its schools.

“It’s the fact that their policies cannot adequately address these issues [of racism] when they come up, because they haven’t,” said Marie Tate, a representative of the BC Community Alliance, which intends to file its complaint to the BC Human Rights Tribunal by Nov. 18.

One of those issues is how the district handled the discovery of an anti-Black racist video made by a then-Grade 10 Lord Byng Secondary student last November.

Parents and community members have taken issue with the school and district’s response, including denying that Black Lord Byng students were targeted by the video, and refusing to reveal the offending student’s punishment or whether he would return to Lord Byng.

But Tate said what happened at Lord Byng is just one example of the anti-Black racism that’s plagued the district for decades. The BC Community Alliance is asking current kindergarten to Grade 12 Black students in Vancouver to fill out a survey about their own experiences of anti-Black racism in Vancouver schools to include anonymously in the complaint.

While the district has had anti-racism policies in the past, the most recent Vancouver School Board policy was one of many board policies scrapped last year.

Instead, these former policies are now part of the board’s administrative procedures, which Vancouver trustee Jennifer Reddy has described as “guidelines” on how VSB staff should do their job.

“There needs to be better or more clear policies, at the very least,” said Tate, adding any policy must include a consistent and transparent response plan from the district.

The Tyee asked the Vancouver School Board for a statement on the complaint and received an email response from a media spokesperson: “The district has not been made aware of the filing of this complaint. We are respectful of the process.”

The district has refused to disclose to media or parents how racist students are disciplined, citing student privacy. Refusing to disclose whether a student who committed a racist act will return to their school, for example, protects the privacy of the perpetrator at the expense of students who have cause to believe they are targeted, said Tate. 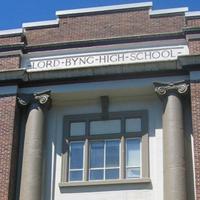 In the case of Lord Byng, the privacy policy has “essentially made families wait, and stressed them out for months because they never knew if this boy was coming back or not. And that shouldn’t be right,” she said.

On Sept. 19, the BC Community Alliance and parents of Byng students met with representatives from the Vancouver School Board, Vancouver Police Department, City of Vancouver, provincial government and the BC Human Rights Commission to discuss the response to the Lord Byng incident and anti-Black racism in general.

The only commitment made, said Tate, was for the alliance and school board to come up with 30, 60 and 90-day goals to ensure momentum didn’t stop after the meeting. Almost two months later, no short-term goals have been set or met, said Tate.

“We keep hearing about these long-term plans, long-term goals, education and training, but what has happened so far that we’ve been waiting for?” she said.

For example, Tate said the district committed to creating an anti-racism committee in December 2018. But 11 months later it still doesn’t exist. 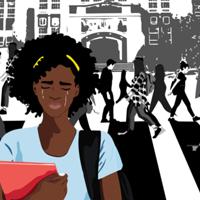 Last June, trustee Reddy submitted a motion to the board calling for the district to hire an expert to consult with the community and create a new anti-hate crime/action policy. But due to being diverted to another board sub-committee for their input, the motion won’t be voted on by the board until at least December.

The school board also reinstated a diversity mentor position specifically focusing on racism this past September. But Tate said the role is limited to one of providing anti-racism resources, and doesn’t have the power to change the way the district responds to racist incidents in schools.

If a similar incident to the one at Lord Byng were to happen next week, Tate said, the district essentially has said it would respond the same way.

“There hasn’t been an acknowledgement of wrongdoing” by the district in how it responded to the video, she said. “Unfortunately there’s a lot of people that don’t agree with that. We can’t just agree to disagree, we have to do something about it.”