The Neskantaga First Nation in northwestern Ontario hasn’t had access to safe tap water since 1995.

A generation of residents have grown up and begun to raise children of their own under a permanent boil water advisory, despite decades of federal government promises to address the water crisis on reserves. It’s the longest running boil water advisory in Canada, but just one of almost 100 currently in place.

Last month, things got worse. The reserve’s water pump and backup pump both broke down and tap water was no longer filtered.

The boil water advisory was replaced with a “do not consume” warning. Some homes had no running water at all. The community’s school was closed.

The unfiltered water led to an immediate spike in residents visiting the local health centre, complaining of headaches, skin rashes and stomach problems.

Neskantaga — an Oji-Cree community of about 300 people accessible only by plane and by winter roads — joined 13 other reserves in Canada with do-not-consume water advisories.

On the morning of Sept. 14, two days after the pump failure, Neskantaga Chief Chris Moonias asked Indigenous Services Canada to assist with a community evacuation, but it refused, claiming that the repair would be quick and that there were “no immediate health or safety risks” to residents.

“This continued water crisis goes beyond boiling contaminated water,” he said in a statement. “The bigger issue is that peoples’ basic fundamental human rights are being contravened and continually ignored.”

About 220 people — those most directly affected, such as infants and chronically ill adults — were evacuated by air to Thunder Bay, about 430 kilometres south of the reserve. They waited while a new pump was flown in from southern Ontario and installed, and for the water to be tested.

“I never thought it would happen,” a 24-year-old-mother who was evacuated told The Tyee. (She declined to share her name, citing personal reasons.) “I thought it was a solid joke, honestly.”

It took about a week for the do-not-consume advisory to be lifted, and the evacuated community members began returning home on Sept. 23.

The water situation returned to the way it was the past 24 years — tap water that looks more like tea and that has to be boiled before drinking, and showers that can make residents itchy for over an hour.

“It’s yellow,” said the mother, “but sometimes I drink it when I have no choice.”

Usually she drives her truck twice a week to get water at the small, out-house-like structure that houses the reserves reverse-osmosis treatment system, near the motel that overlooks Attawapiskat Lake.

It’s the only place on the reserve residents can get free clean water, open from 8 a.m. to 10 p.m. on weekdays and 10 a.m. to 10 p.m. on weekends. Residents typically have to make a few trips a week. The machine has been prone to freezing and malfunctioning, forcing the First Nation to rely frequently on expensive bottled water shipped to the remote community.

For over 42 years, federal governments have been talking about solving the water crisis on reserves.

In 1977, the federal cabinet accepted a memorandum by then prime minister Pierre Trudeau on providing reserves “with the physical infrastructure that meets commonly accepted health and safety standards, similar to that available in neighbouring, non-Indian communities.”

But there was never legislation to cover on-reserve needs such as education, health and drinking water.

Only piecemeal policies and programs were approved, resulting in “confusion about federal responsibility for funding them adequately,” found a 2011 auditor general’s report.

The problem was reiterated in the 2015 Truth and Reconciliation Commission’s final report. Indigenous communities “cannot effectively plan and control the delivery of their services because the federal government has not created a legislative base to hold itself accountable,” the commission found.

That has created uncertainty about questions like who is responsible for things like building and maintaining water treatment systems.

Then there’s the problem of changes in government. In 2005, the Paul Martin Liberal government signed the Kelowna Accord, a $5-billion, 10-year commitment that included $400 million for clean water on remote reserves. But when the Harper Conservative government came to power the following year, the deal was scrapped.

And so the water crisis persists — due to inadequate funding, confusion about jurisdiction and poor water management, monitoring and personnel training.

Human Rights Watch found in 2016 that many water technicians and operators received limited education and training — learning through “trial and error” — and virtually no support.

“I learned by myself, by the book,” said one.

But every reserve is unique in its challenges.

On the Neskantaga reserve, it was an incorrectly built filtration system that resulted in the 24-year boil-watery advisory. For others, it might be a polluted well or a lack of pipes.

In the 2015 election campaign, Justin Trudeau promised he would help lift all drinking-water advisories on reserves by March 2021.

When his Liberal government came into power in November of that year, there were 105 reserves with water advisories. Government data show that 87 have been lifted during their term, with 56 remaining.

But in the same period, advisories were issued for another 39 reserves. 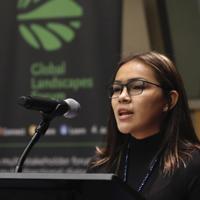 Why Have So Many Communities Gone Without Water for So Long, Autumn Peltier Asks

Neskantaga, with $8.8 million from the new government, was supposed to have a new water treatment facility by spring 2018. But the contractor the nation chose did not meet the deadline, and they were fired in February.

With a new contractor, the facility is now expected by next month at the latest.

Meanwhile, the Liberals have pledged to meet their March 2021 deadline for eliminating all drinking-water advisories on reserves. The NDP have promised that it would do it even faster if elected. The Greens have also pledged to address the issue, while the Conservatives announced Friday they will “continue to support efforts to end long-term boil-water advisories, which were first started by the previous Conservative government.”

Considering the confusion that still exists around responsibilities, the problems are not likely to end soon.

The Tyee made multiple unsuccessful attempts to interview someone from the band office and health centre and was unable to reach Chief Moonias by email or phone.

But Moonias, in a tweet from last year, noted the “psychological” effects of these water advisories. It’s stressful wondering if water from the tap for a drink or a bath will make you and your kids sick.

In his community, Moonias says, “it will take another generation to trust the water after the BWA [boiled water advisory] has been lifted.”

“If it’s ever going to be lifted,” he added.